A Maryland woman who was killed in Virginia after a 12-year-old boy threw himself off an overpass and landed on her vehicle on Saturday afternoon, was studying how to help children and teenagers suffering from depression.

Marisa Harris, 22, of Olney, was driving on Interstate 66 when the boy, who has not been named, landed on her Ford Escape.

Harris was a first-year graduate student studying clinical mental health counseling at Marymount University in Virginia. The program included an emphasis on the treatment of teenagers.

Harris was pronounced dead at the scene by first responders – while the boy, incredibly, survived. 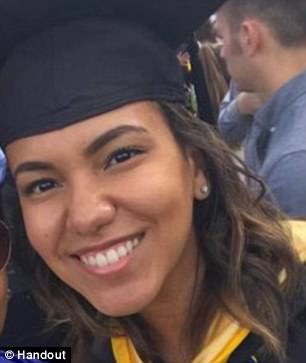 Marisa Harris (left and right), 22, died when a 12-year-old boy threw himself off an overpass onto her car in Virginia on Saturday. Harris, of Olney, Maryland, died on the scene 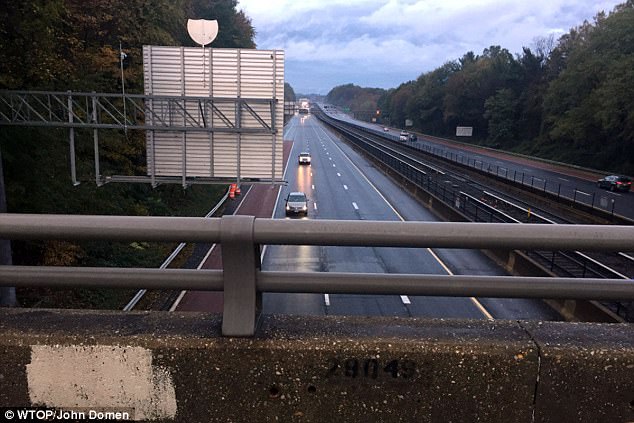 The boy threw himself 30 feet off this I-66 overpass near Exit 62. He survived and was taken to hospital with life-threatening injuries. He has not been identified

‘Marisa was very quiet and reflective, but you could tell once she completed her program she was going to make a difference in the lives of a lot of young adults,’ counseling department Chair Lisa Jackson-Cherry said in a statement from the University.

‘Perhaps one of the largest impacts of this tragedy will be the loss of the positive impact that she would have had on others.’

It’s not yet clear what compelled the boy to make the 30-foot drop.

Police are not naming the jumper as he is a child, but he was taken to Inova Fairfax Hospital and is being treated for life-threatening injuries, WTOP reported.

In the immediate aftermath of the incident, a man in Harris’ front passenger seat was able to stop the car on the shoulder. 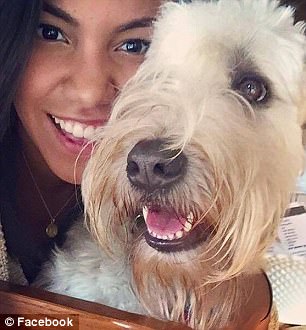 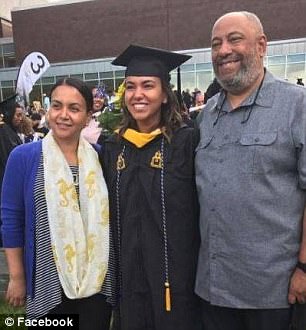 Harris was a first-year graduate student studying clinical mental health counseling at Marymount University in Virginia. She was studying depression in children and teenagers

Between 1999 and 2015, more than 700 children aged 12 killed themselves in the US, according to the Centers for Disease Study and Control.

During the same period 1,309 children aged 5-12 killed themselves in America – the equivalent of one every five days.

It’s unclear how many children attempt suicide and fail, but the American Foundation for Suicide Prevention says that on average, taking into account adult statistics, there are 25 attempts for every life lost.

If you need to speak to a counselor, contact the National Suicide Prevention Lifeline by calling 1 (800) 273-8255. 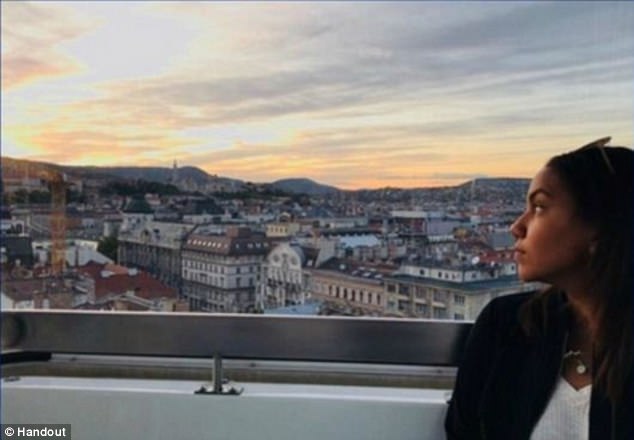 Harris is seen here during travels in happier times