A man wearing a balaclava and armed with a firearm, hammer and meat cleaver terrorised shoppers while committing a brazen robbery in broad daylight.

The man began a smash and grab on a jewellery store in Arndale shopping centre, Adelaide, at 12.45pm on Sunday afternoon.

Video footage shows the man in a balaclava, grey clothing, socks and thongs smashing the shop window with a hammer. 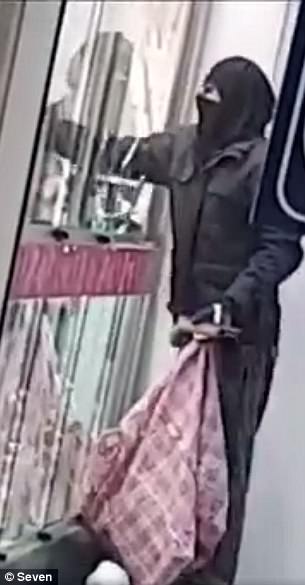 Footage shows the terrifying moment a man dressed in a balaclava and armed with a firearm, meat cleaver and hammer robs a jewellery store in daylight

He then puts the stolen items in a large red bag – and in just seconds it is all over.

Two female staff members were treated for shock, but no one was injured in the ordeal.

Tracey Fullerton told 7 News: ‘I felt really sorry for the people that were in the jewellery store, because they were actually stuck inside behind the counter there.’

The brazen thief escaped the scene in a dark grey Ford Territory.

The car had South Australian registration S044BBR, however police believe these number plates are not registered to the suspect vehicle and are stolen.

Police seized the hammer and meat cleaver as evidence and the store was closed for the rest of the day.

Inspector David Paparella spoke to media about the crime.

He said: ‘This robbery is a very brazen one, occurring on a Sunday afternoon with lots of families and other shoppers in and around the stores.

‘It is very unusual for a crime of this kind.’ 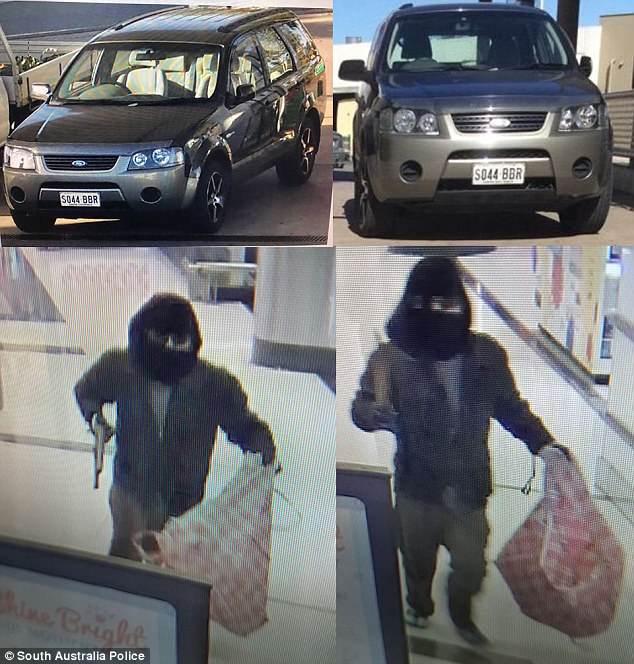 The car had South Australian registration S044BBR, however police believe these number plates are not registered to the suspect vehicle and are stolen

He was also asked whether there was a connection to a home invasion in Prospect earlier in the day.

Inspector Paparella said: ‘That is something we are looking at at the moment and it is yet to be determined if there is a linkage between the two.

‘If the two are connected there is significant concern about that sort of behaviour – but the concern is there in any case.’

He said that if the two aren’t connected it me here are two people causing the community distress. 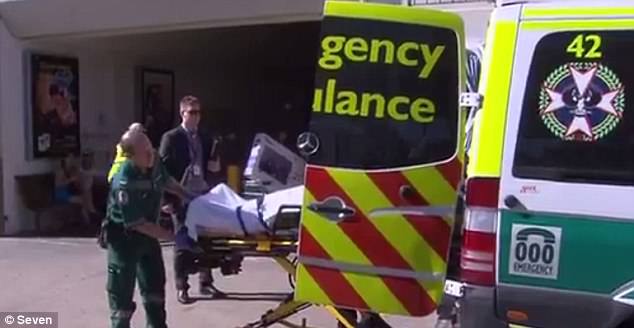 Two female staff members were treated for shock, but no one was injured in the ordeal 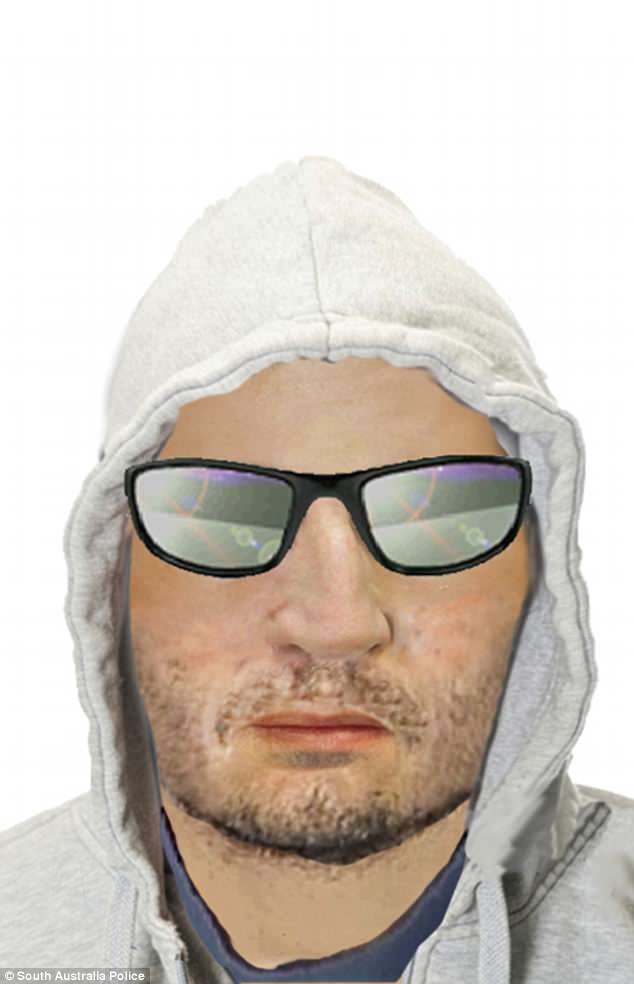 The Prospect home invasion saw a man force his way into a home and threatening the person inside.

He then allegedly stole an iPad, jewellery, cash and other items before running away.

The car in the Prospect case is described as a ‘grey/silver four-wheel-drive’.

The assailant is described as a ’40 to 50 year old man of Mediterranean appearance.

He is unshaven with dark-colour facial hair and is about 170 to 183 centremetres tall.

The man spoke with an Australian accent and was wearing a grey hooded jumper, a bag and sunglasses.

Police have released a computer-generated image of someone who may be able to help in their investigation of the Prospect home invasion.

Anyone with information is urged to call Crime Stoppers on 1800 333 000, or make an online report here.

People are urged not to interact with the man from the Arndale robbery as police are concerned he is dangerous.