Mason Mount has said England must be ready for the ‘dark arts’ used by the likes of ‘Brazil and Argentina’ in Qatar.

The two South American giants are considered by many to be the favourites for the tournament, with Mount suggesting that England will have to be ready for their off the ball tactics should they meet them later in the tournament.

Speaking just days out from England’s opener against Iran on Monday, cited England’s penalty shootout victory over Colombia in 2018 as a ‘tough’ watch and evidence of the kind of tactics deployed in the ‘big games’ at later stages of major tournaments. 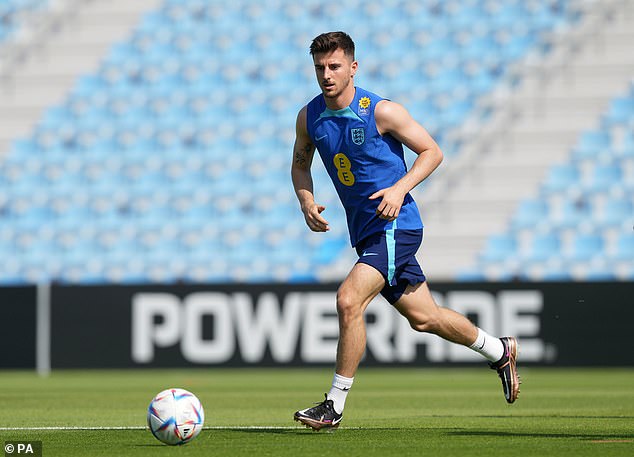 The England playmaker, set to play in his first World Cup, said the likes of Brazil and Argentina provide a stern test off the ball as well as on it

He told talkSPORT: ‘The teams that have done well over the last couple of years, France, Brazil, I think they’re two teams that are going to be strong.

‘For us, obviously playing the Euros, friendly games or other games we play, we don’t really get to experience the likes of Brazil and Argentina and Colombia, the teams that do the stuff off the ball.

‘The dark arts of the game, which you have to…especially in a big game like this, or if we do get to play them, you have to be ready for that.

🇨🇴 “England don’t normally experience Brazil. Colombia was hard for us in 2018!”

👀 “They’re the teams that do stuff off of the ball…the dark arts side of the game.”

💪 “We need to be ready for that!”@MasonMount explains how #ENG need to prepare for the dark arts! 🏴󠁧󠁢󠁥󠁮󠁧󠁿 pic.twitter.com/lsbHzsqzS8 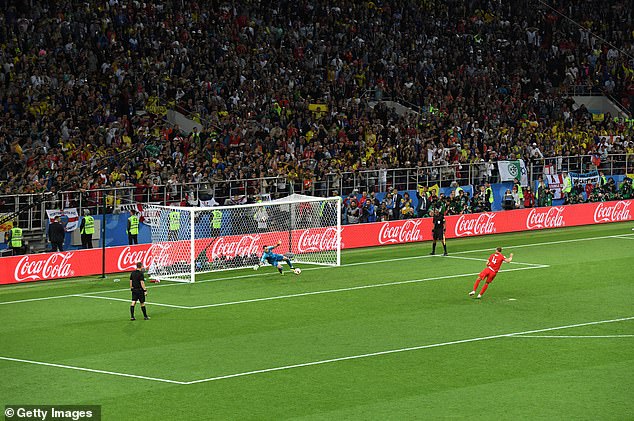 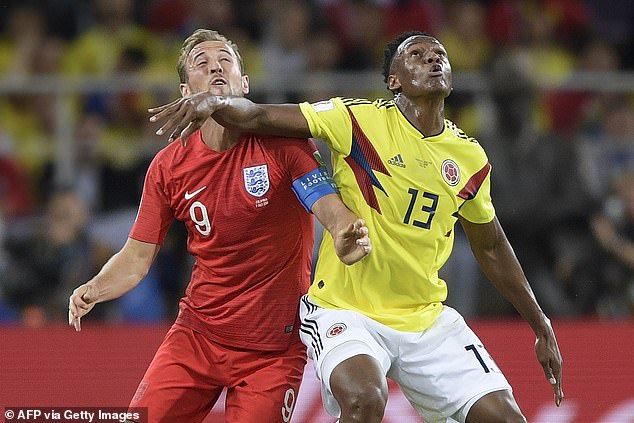 ‘I think they played them in 2018, Colombia. I watched it and it was a tough game. These are the games you want to play in. We’re ready and we’re enjoying every moment so far and we’ve got three tough, tough group games to start.’

England’s win over Colombia was a seminal moment, marking their first ever in World Cup penalty shootout victory after heroics from Jordan Pickford. The game itself was marred by controversy with John Stones labelling Colombia the ‘dirtiest team’ he’d ever come up against.

‘They were probably the dirtiest team I’ve ever come up against, in respect of when we won the penalty, surrounding the referee, pushing the referee,’ Stones said in the build up to England’s quarter-final tie with Sweden

‘The head-butt you’ve all seen, scuffing the penalty spot, a lot of off-the-ball things you probably haven’t heard about … all the sort of things that you don’t really hear in a football match. We showed massive character to keep cool heads and not get sucked into their game. 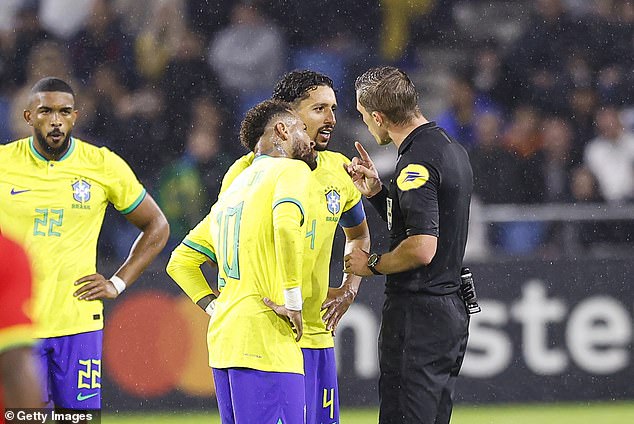 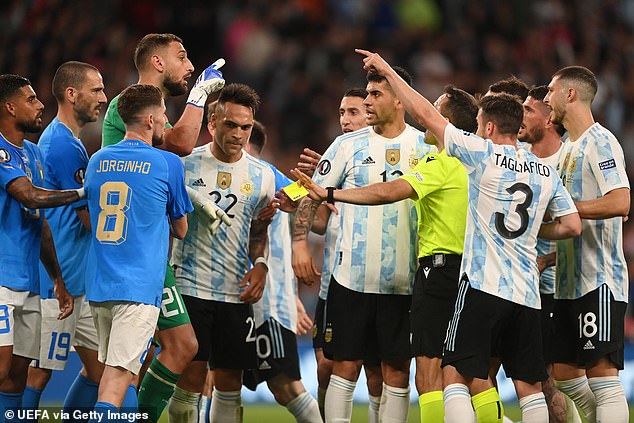 ‘When you play against a team who want to fight, disturb your momentum, you can sometimes get dragged into it. We stuck to our plan, kept playing our own football.’

England are likely to face a resolute Iran side on Monday – led by former Manchester United coach Carlos Quieroz. Renowned for their defensive tactics, they will look to frustrate England in a low-block while the dark arts that Mount spoke of could also be utilised.

Gareth Southgate’s side then play the USA on November 25 before closing out their Group B campaign with an all-home nations clash with Wales on November 29.

Were England to finish top of the group, they would be unlikely to face either Brazil or Argentina until the very last stage of the tournament on December 18 in the World Cup final.

One path has them potentially facing Luis Suarez’s Uruguay in the last four. The last time Uruguay qualified for the semi-finals, it came via a handball in the last minute of extra-time from Suarez to prevent a certain Ghana goal in 2010. They went on to win on penalties.