Mass protests in Pakistan after girl is kidnapped, raped and murdered

Mass protests in Pakistan after girl, ten, is kidnapped, raped and murdered as her grieving father claims she was also tortured and doused in acid

By Tim Stickings For Mailonline and Associated Press

Protests have broken out in Pakistan after a 10-year-old girl was kidnapped, raped and murdered.

The body of Farishta Mohmand, who disappeared after leaving home to meet friends a week ago, was discovered two days ago in a forest nearby.

Her father Gul Nabi has also claimed that her body showed signs of torture and that she appeared to have had acid thrown over her.

The girl’s death has sparked public anger and prompted protests in the capital Islamabad, led by the girl’s family. 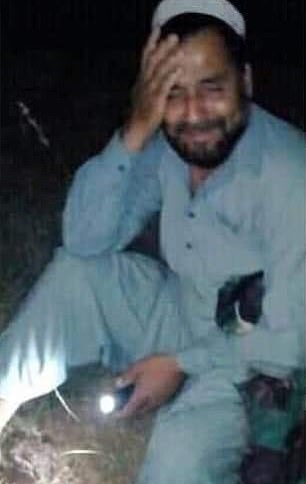 The body of Farishta Mohmand (left) was discovered two days ago in a forest near her home after she was kidnapped, raped and killed. Her father Gul Nabi (right) has claimed that his daughter’s body showed signs of torture and that she appeared to have acid thrown over her

The Twitter hashtag #JusticeForFarishta has gained prominence in Pakistan following the discovery of the body.

Mohammad Abbas, the police chief in Islamabad, has been suspended for failing to act promptly in the case.

According to Tribune, the grieving father said he had tried to register a report of kidnapping several times but had been rebuffed.

Officers had even suggested that the girl might have eloped with her kidnapper and killer, he said.

After an outcry the police finally opened a kidnapping case but the body was found the following day, it is claimed. 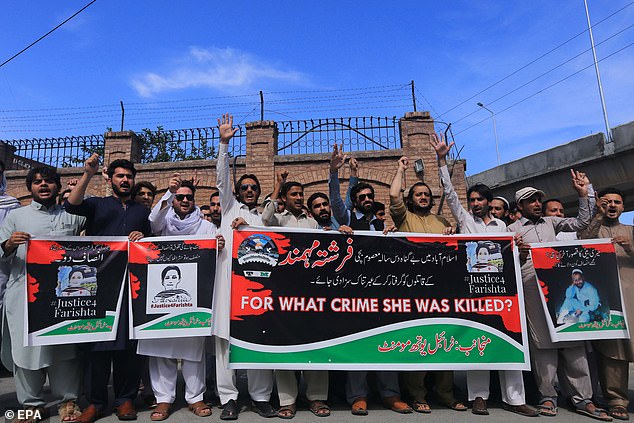 Fury: Protesters gather in Islamabad yesterday holding placards demanding ‘Justice for Farishta’ and asking: ‘For what crime was she killed?’ 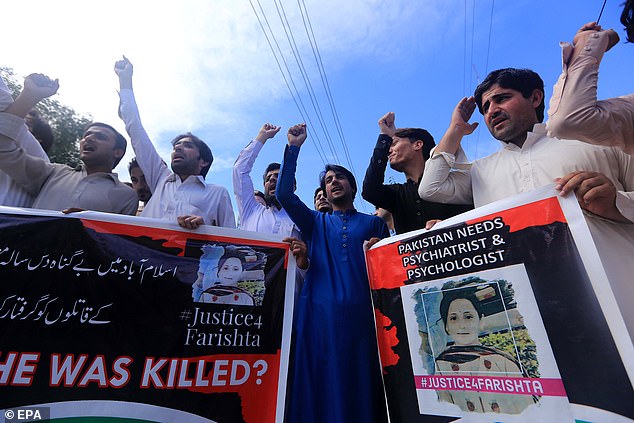 Demonstration: Protesters hold up pictures of the murdered 10-year-old during protests in the Pakistani capital, Islamabad, yesterday

The country’s prime minister Imran Khan has yet to make any public statement about the killing.

An investigation in Islamabad is underway, officer Mohammad Imran said.

The victim’s family is originally from the Mohmand region, on the country’s border with Afghanistan.

Crimes against children are common in Pakistan and often go unpunished.