‘Massage guys, massage!’: World No 2 Ons Jabeur leaves Australian Open crowd in hysterics after revealing she would ‘make her husband work tonight’ following her gruelling first round match… before quickly clarifying her remarks

World number two Ons Jabeur drew laughs from the Rod Laver Arena after unintentionally hinting that her husband was set to get lucky following her first round victory at the Australian Open.

Jabeur came through her opening match against Slovenia’s Tamara Zidansek, but needed three sets to do so, eventually prevailing 7-6, 4-6, 6-1.

Having made it through to the last 64, Jabeur was asked how she would go about recovering for her next match during an on-court interview. 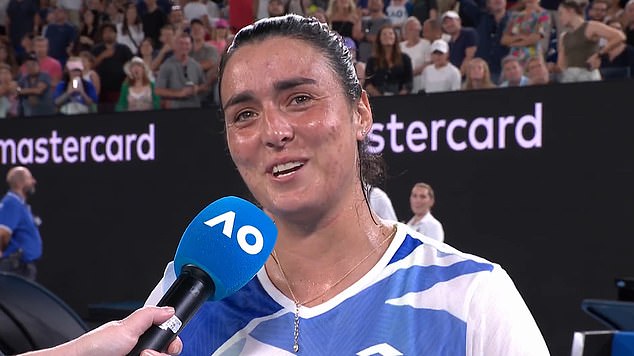 Jabeur replied: ‘Ice bath, and I’m going to make my husband work tonight… so have a lot of massage and good recovery’.

The first part of Jabeur’s response was picked up by the crowd, who started laughing at the 28-year-old’s unfortunate choice of words.

This led to Jabeur clarifying: ‘Massage guys, massage!’ as she also saw the funny side.

She went on to add: ‘For those who don’t know, my husband is also my fitness coach and does everything for me,’ which led to further laughs from the crowd. 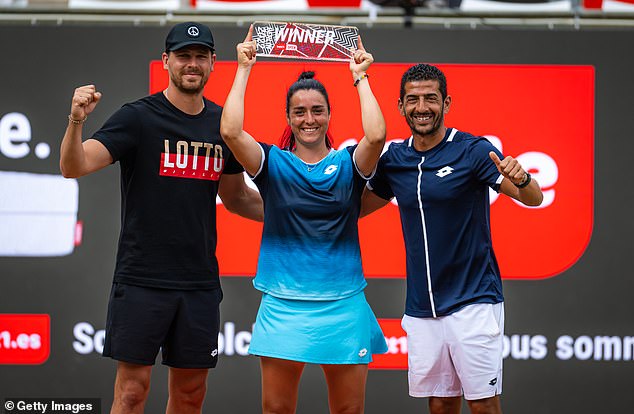 Jabeur has become a popular player on the women’s tour, and is looking to build on an outstanding 2022 which saw her reach the final of Wimbledon and the US Open.

These were historic achievements as she became the first Arab player to make a Grand Slam final.

She lost both showpiece events, but will be hoping to go one better at Melbourne Park this time around.