‘The biggest find we have ever seen’: Massive 2kg gold nugget worth hundreds of thousands of dollars is discovered by a lucky digger

A two-kilogram gold nugget worth up to $160,000 has been discovered by a lucky retiree.

The incredible find was made in the outskirts of Ballarat in Victoria on Friday.

Mark Day, a prospecting gear supplier from Gold Ballarat, said it was the biggest nugget he’d heard of in decades.

The nugget (pictured) was found by a man, who wished to remain anonymous, in the outskirts of Ballarat on Friday

‘I’ve been in this business for 25 years and this is the biggest find we have seen by one of our customers – that they’ve told me about anyway,’ he said.

The man had been searching in old pastureland with a detector when the buzzer went off.

After he discovered a .22 lead bullet, he was about to give up when the buzzer continued to beep.

He kept digging further and uncovered the gold about a metre into the dirt. 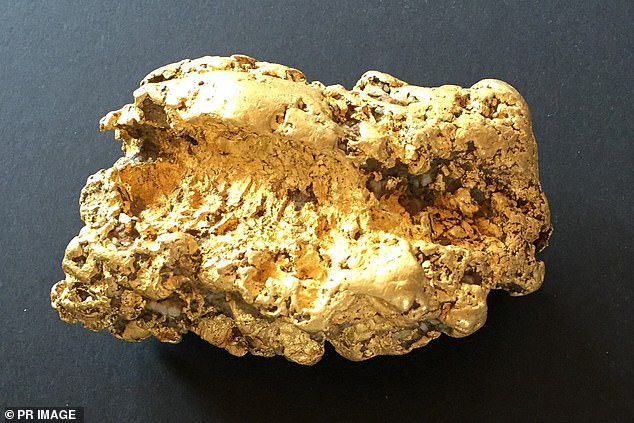 Collectors have allegedly already offered the man $160,000 for it – but he has yet to sell it

Mr Day said he was shocked to hear of the size of the nugget, insisting the man, who was a regular customer of his, bring it in for him to see.

‘When he showed me the nugget here in the store he was shaking like a leaf. He didn’t know what to do with it. He hadn’t slept in three days.’

Buyers have reportedly already offered the man $160,000 for the nugget.

But Mr Day says the lucky prospector won’t stop there. He says the man has already purchased a new top-shelf detector and will be returning to the same area in the bush to look for more gold.

‘He certainly thinks there’s more gold out there. And after this, who can say he’s wrong?’ he said. 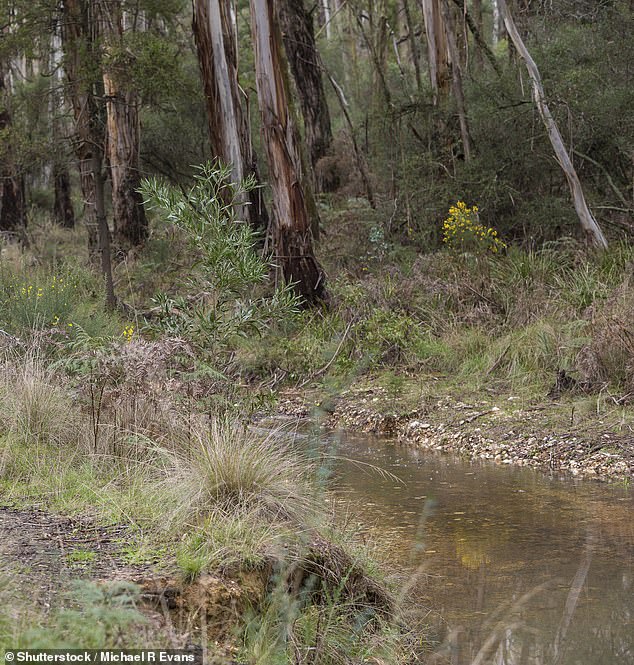 The Welcome Stranger nugget is Australia’s biggest ever found. Discovered by prospectors John Deason and Richard Oates in the small town of Moliagul in Victoria, the nugget weighed a staggering 72kgs and 60cms in length. The find earned them £9,381 at the time.

The Welcome was discovered by a group of 22 miners at the Red Hill Mining Company site in Bakery Hill, Ballarat. The nugget spanned 53cms in length and weighed 68.2kgs. It was sold for £10,500 and ended up in the Crystal Palace in London before being sold to the Royal Mint in 1859.

This nugget is the largest in the world to be found by a metal detector. It was found by Kevin Hillier resting vertically just 30cm below the surface in Kingower, a small town in the Shire of Loddon, Victoria. It was eventually sold to the Golden Nugget casino in Las Vegas- where it is still on display to this day. It weighs 27.2kg and is 45cm in length.

The nugget is the second largest gold nugget still in existence and was discovered in a creek bed near Kalgoorlie in Western Australia. It weighs 25.5kg and is 27cm in length. It’s now owned by the Newmont Mining Corporation is still currently on display at the Perth Mint museum.

Named after the winning Melbourne Cup racehorse that year, the nugget was discovered in the gold mining town of Tarnagulla in Victoria and weighed 29.6kg. The area which The Poseidon went onto become known as Poseidon Lead after many more gold nuggets were discovered there. 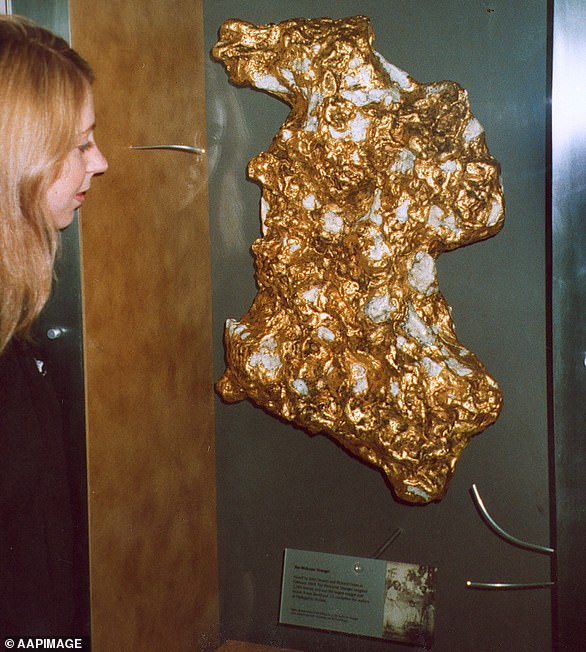 The Welcome Home nugget on display in Ballarat’s Gold Museum