Massive fire breaks out at Sydney Airport near Qantas terminal

A huge fire has broken out near the Qantas Terminal at Sydney airport.

Fire authorities were called to a factory on Coward Street in Mascot at about 7pm on Tuesday after it went up in flames.

Commentary on social media from a CNN cameraman suggested the airport sent emergency crews to ‘watch over their fuel storage’ depots next to the tarmac after the blaze erupted.

However Sydney airport said the fire is not near airport fuel depots.

Fire authorities have more than 18 crews on the ground made up of 70 fire fighters rushing to put out the blaze at the two storey warehouse.

The fire started on the ground floor of the factory.

Fire and Rescue New South Wales confirmed the blaze is still contained to the warehouse complex at about 8.15pm.

Masses of smoke can be seen from as far away as Cremorne Point on Sydney’s lower north shore as fire crews continue trying to extinguish the fire.

Passenger planes continue to take off and land as smoke billows from the blaze.

A spokesperson for the Sydney airport said the fire is north of the airport precinct.

‘We are anticipating minimal delays, less than 15 minutes as a result of the smoke,’ he said. 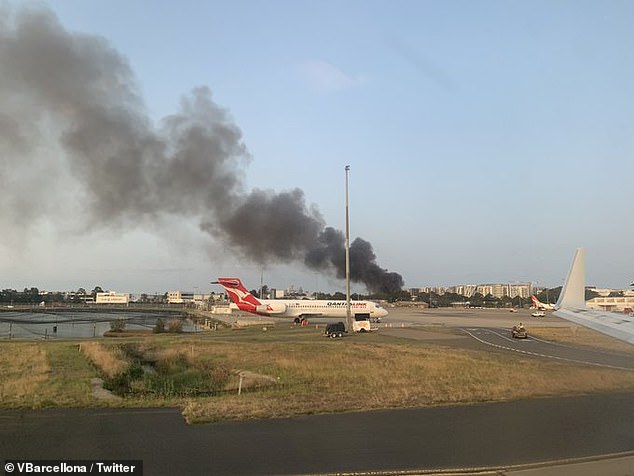 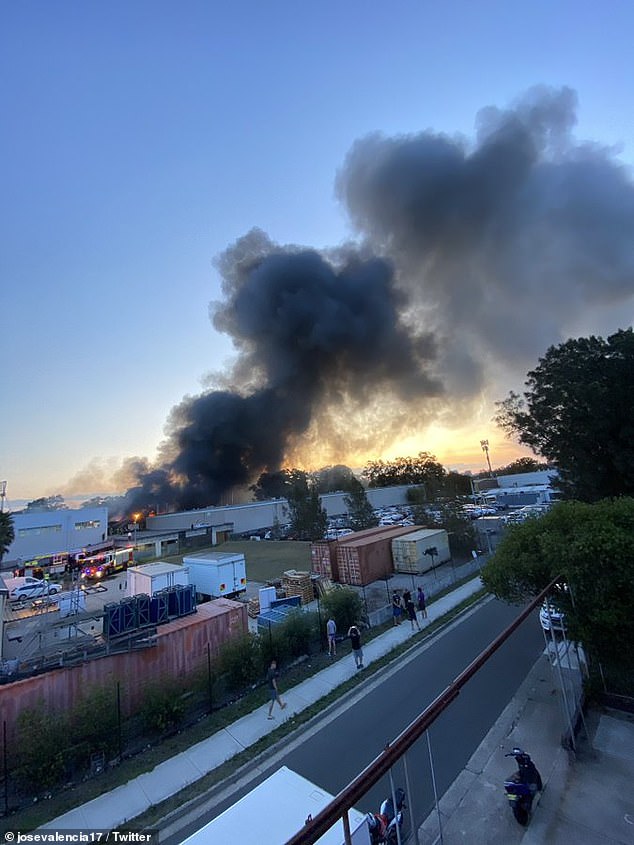 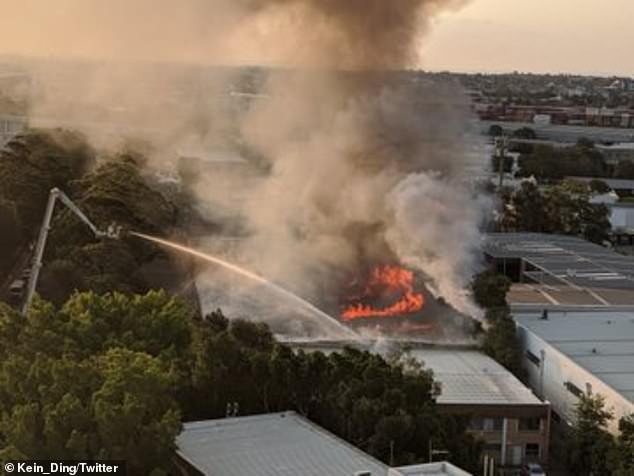 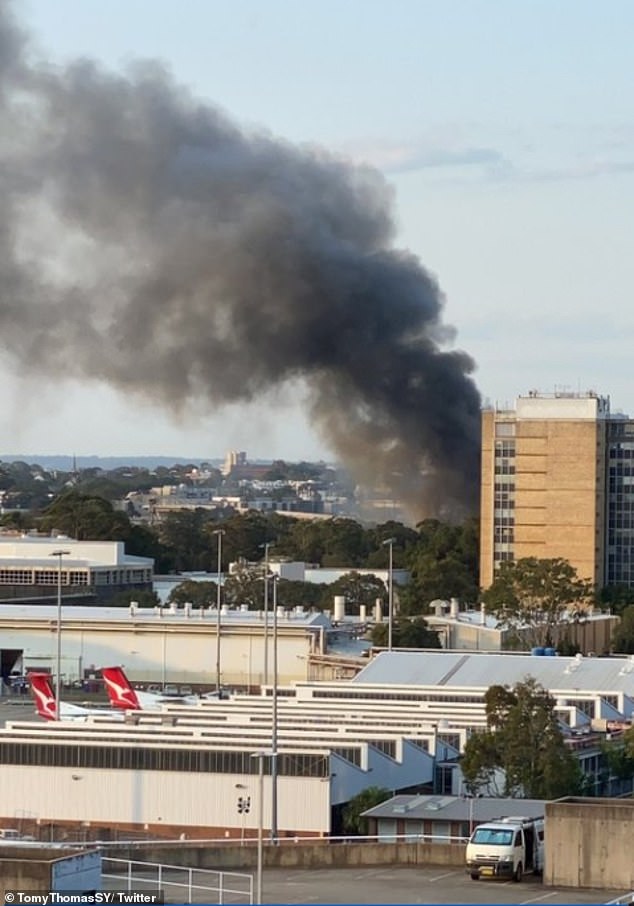 Smoke filled the air on Tuesday night near the Sydney Airport 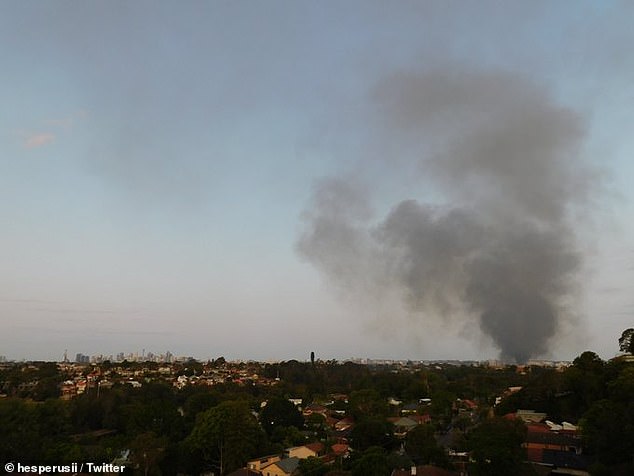