Mastercard customers using a prepaid currency card will soon only be able to pay in local currency of the country they are travelling to instead of having the dilemma of whether to pick pounds instead.

From Friday, Mastercard will stop prepaid travel card holders from paying in pounds while overseas, in what it says is a bid to crack down on travellers paying high currency exchange rates.

Dynamic currency conversion allows all cardholders to choose, when abroad, whether to pay or withdraw money from an ATM in either pounds or the local currency of the country they are in.

Financial companies advise customers to pay or withdraw money in the local currency as this tends to give a better exchange rate.

But when push comes to shove, many holidaymakers forget this piece of advice while abroad.

If you choose to pay in pounds, the currency conversion will be completed by the retailer’s bank which often offers a bad exchange rate whereas if you pay in the local currency, your card will do the conversion, giving a much better rate.

Prepaid cards are loaded with the foreign currency of your choice meaning you can only spend the balance on the card.

You can continue to top up your balance when you’re on the go using a debit card, smartphone app or current account link.

The new rule from Mastercard currently only applies to prepaid multi-currency cards due to the fact these cardholders have already proactively decided the currency in wish they want to pay before a transaction and many times, before they even travel.

Therefore, the company said it doesn’t make sense to offer these cardholders a further option of currency conversion.

This isn’t the case for debit or credit cards. Under competition laws, Mastercard needs to allow other banks and partners in the payment chain the opportunity to offer alternative foreign exchange options to cardholders.

A Mastercard spokesman said: ‘We’ve recently made changes to our prepaid programmes.

‘Dynamic Currency Conversion will no longer be offered for prepaid multi-currency Mastercard cards, as these cardholders have predetermined the currency they wish to pay in, before they travel and any purchases are made.’

‘Businesses and retailers will still be able to offer credit and debit cardholders the choice to pay in pounds or the local currency.’ 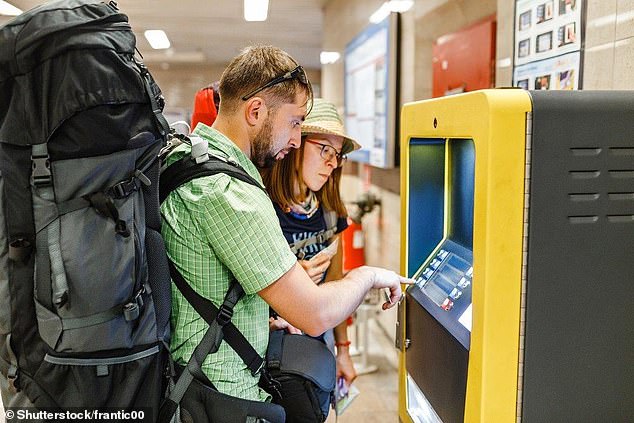 Travellers who have one of these cards will now not be offered an option when using their card about whether to withdraw money in local currency or pounds – it will automatically be withdrawn in the local currency.

This transaction will use their card’s conversion rate as opposed to the conversion rate of the retailer’s bank with the new changes taking place across all countries so cardholders will receive the local currency no matter where they are.

This is intended to save customers money – but the amount they save will be dependent on the rate they exchanged at on their prepaid card and the alternative rate offered under DCC.

Mastercard said this is the one of the reasons they continue to enable DCC on non-prepay multicurrency cards. 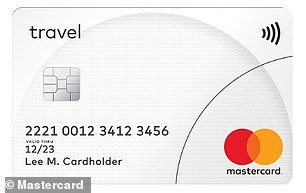 Travel: Transactions with Mastercard prepaid cards will now use local currency only

There are many networks using Mastercard including the Post Office Travel Money Card Plus, WeSwap Travel Money card, FairFX and the Cashplus Currency card.

Caxton FX’s prepaid cards are also on the Mastercard network and have been providing ongoing feedback to the company about concerns raised about DCC from their customers.

Alana Parsons, chief operating officer at Caxton FX, said: ‘There is a real lack of consumer awareness around Dynamic Currency Conversion charges with a staggering number of people getting caught out at the cash point, and when they’re generally paying for holiday expenses in restaurants, cafes, hotels, and shops.

‘The new Mastercard rule on prepaid currency cards offers greater protection for consumers and helps avoid any confusion about DCC at the point of sale for cardholders.

‘When faced with the option to pay in the local currency of a travel destination or in pounds, it appears easier and convenient to pay in pounds at first glance, but hidden DCC charges can typically add anything between 5-7 per cent onto a bill, so always pay local, no matter what method of payment is used.’

The Mail on Sunday revealed earlier this week four of the biggest rip-offs holidaymakers face when exchanging currency.

A new study by Defaqto has revealed credit cards are the most effective way to make payments abroad.

Using figures from the financial service’s own database, it found that credit cards are an easy way of spending abroad as they are accepted by most retailers and offer security on purchases costing between £100 and £30,000.

However, withdrawing cash from an ATM with a credit card can be very expensive due to the additional cash withdrawal fee.

Defaqto discovered that debit cards are the most expensive way of spending money overseas.

Its research showed that just four current account debit cards can be used for purchases without any fees at all.

Of these four accounts, only one is widely available and free of charge – Metro Bank’s personal current account – and that is for Europe.

The company also warned travellers about the potential fees attached to prepaid cards, including loading or renewal fees as well as the high currency exchange rate fees when taking out sterling abroad.

Brian Brown, head of insight at Defaqto, said: ‘It’s easy to get stung by unexpected charges when spending abroad, which add up and eat into your holiday budget.

‘For anyone going away this Easter, it’s worth looking into your holiday money in advance to escape unnecessary fees, charges and poor exchange rates.

‘There are a number of options available from credit and debit cards to prepaid cards and cash, each with its own benefits.’