Last year’s Masterchef finalist Billy Wright has revealed his shock at battling with thyroid cancer at age 33 – after he ignored a lump on his neck for a year.

The Londoner dismissed the growth as a swollen lymph node – something he has occasionally suffered with since he was young.

Billy, who won an army of female fans when he appeared on the BBC1 show, was then shocked to be told that not only was the lump malignant – but the cancer had spread to his lymph nodes.

After an operation that’s left him with a nine-inch scar on his neck, the chef, who is still undergoing radiotherapy, is anxiously waiting to know if he has the all-clear.

Billy is now speaking out to warn others about the signs of the rare cancer and to urge anyone with worrying symptoms to get them checked out. 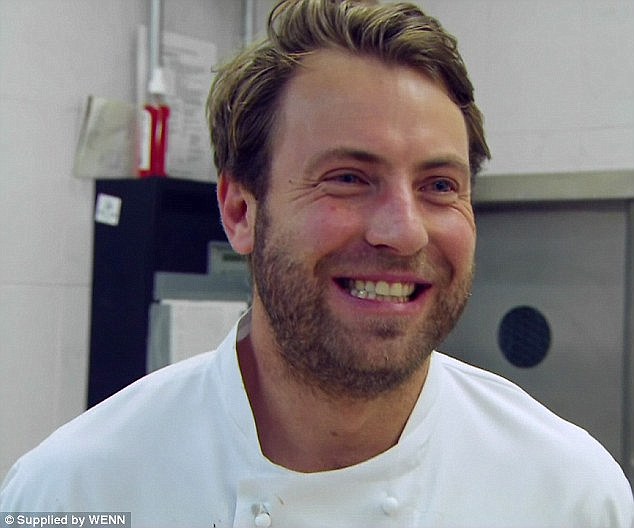 Billy told MailOnline: ‘I had this lump on the left side of my neck, about the size of a 50p coin. I just presumed it was a swollen gland as I was prone to them as a youngster and got infections all the time.

‘It was only when I developed a persistent cough in May that I went to my GP. I was then sent for ultrasound as the doctor suspected pneumonia.

‘The results showed that I didn’t have that but they showed two tumours in my neck.

‘Hearing the C-word when you’re in your thirties is just the last thing you expect. The doctor told me it’s slow growing and I could have had it for years.’ 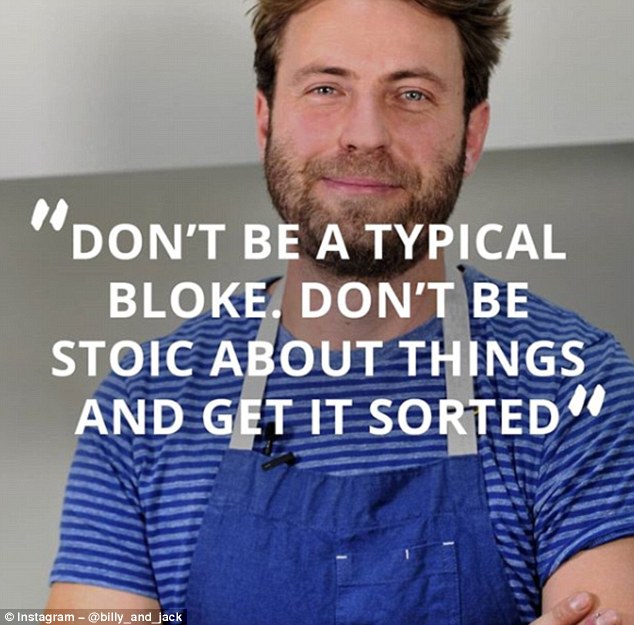 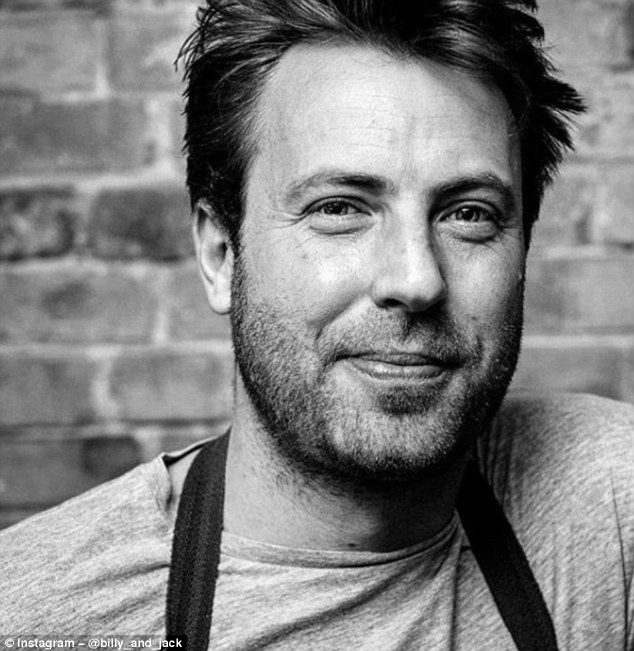 The main symptom of thyroid cancer is a lump in the front of the neck. But the disease tends to develop slowly and may not cause any symptoms at first.

Thyroid cancer often causes a painless lump or swelling low down in the front of the neck.

However, neck lumps are common and are usually caused by a less serious condition, such as an enlarged thyroid. Only around 1 in every 20 is cancer. A lump is more likely to be cancer if it:

See your GP if you have a swelling or lump at the front of your neck. While it’s unlikely to be cancer, it’s important to get it checked out.

Rarely, thyroid cancer can affect the production of thyroid hormones and cause diarrhoea and flushing.

The ‘lesser of two evils’

Billy was initially told by doctors that they suspected he had lymphoma – a type of blood cancer – and he was referred to the oncology department at St George’s Hospital in Tooting.

A month later, after more tests and scans, he was told he had thyroid cancer and that he would need surgery.

He explained: ‘It was something of a relief as thyroid cancer seemed to be the lesser of two evils.

‘But it’s rather baffling why I’ve developed it, as I have no family history of thyroid cancer. I suppose it’s just random and one of those things.’

And while Billy says cancer isn’t expected at his age, the disease – which affects the small gland at the base of the neck that produces hormones – is actually most common in people in their thirties and those over the age of 60.

Doctors told him he would need to have a thyroidectomy to completely remove the thyroid gland and cut out the primary disease, plus any surrounding diseased lymph nodes in the left side.

During the nine-hour operation in July, Billy had his two primary tumours removed along with 101 lymph nodes, which were sent for analysis – and 36 were found to be cancerous.

Billy said: ‘It was a worrying time for my parents, because they discovered one of my tumours was dangerously close to an artery, and the operation took longer than anticipated.’ 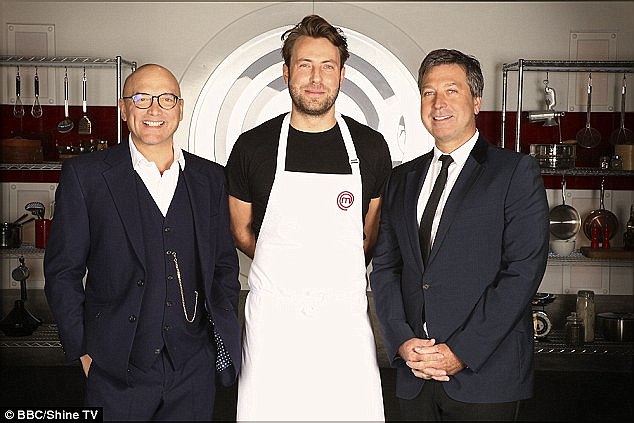 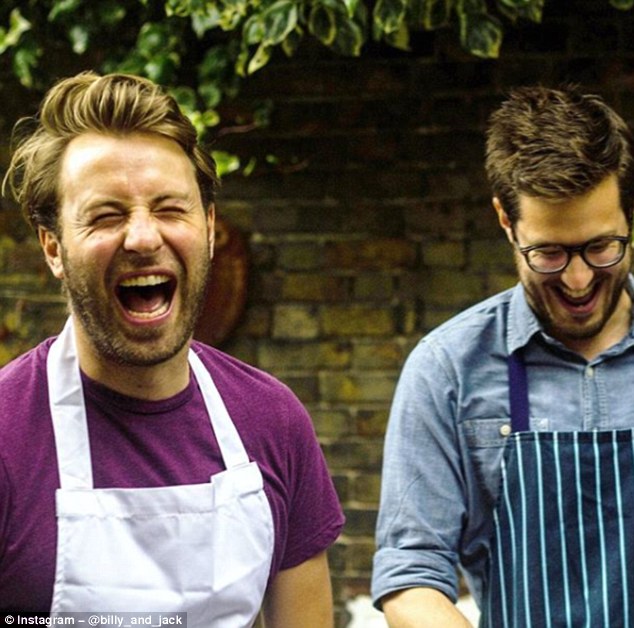 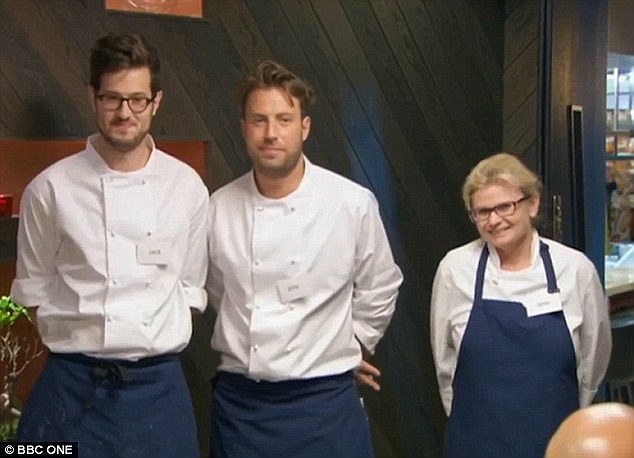 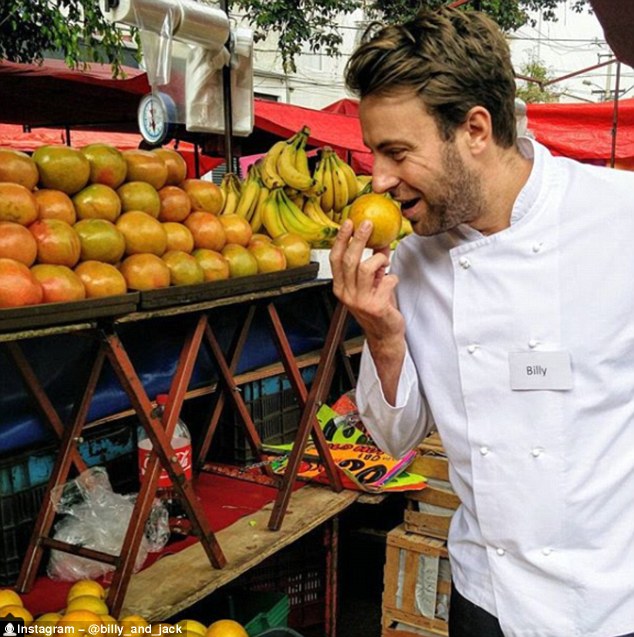 Yet within three weeks Billy was back in the kitchen and welcoming guests to his month-long residency at the Southbank Centre, which he’d agreed to do along with fellow Masterchef finalist Jack Layer. Their supper club was a sell-out.

‘I couldn’t talk very loud for a couple of months, I certainly couldn’t project my voice at all, and I couldn’t have got through it without Jack he was an enormous help,’ said Billy.

The radioactive iodine from the drink or capsule is absorbed into the body and picked up by the thyroid cancer cells wherever they are. So it can kill the cancer cells even if they have spread. 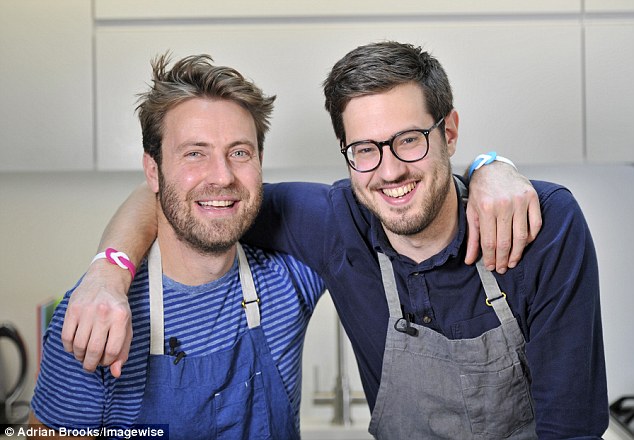 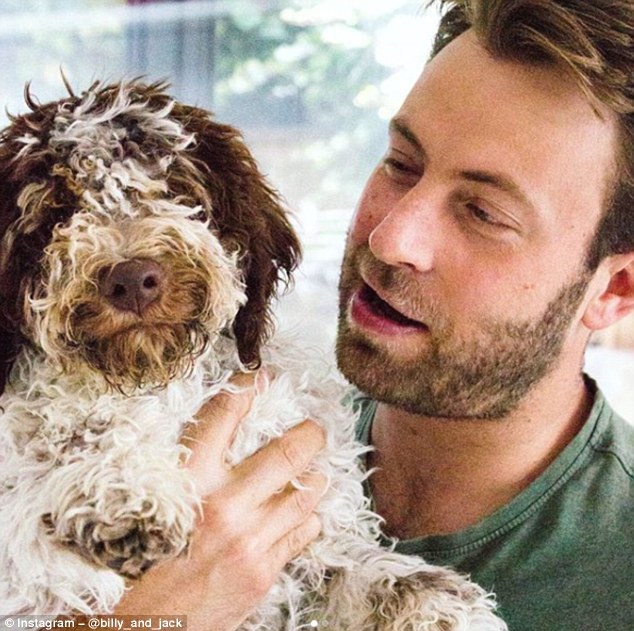 This is known as targeted radiotherapy because the treatment goes straight to the cancer and has very little effect on healthy cells in the body.

Billy said: ‘It’s been a bit tiring and of course daunting to have the operation and treatment.

‘But I’ve just got on with it, it’s all you can do really isn’t it?

‘I’m due a scan soon and I’ll be waiting to find out if the therapy has killed off all the cancer.’

Now Billy and Jack will be hosting a special one-off supper club on February 3 in aid of Cancer Research UK at Plum + Spilt Milk, the restaurant at the Great Northern Hotel in King’s Cross, London.

At least 50 per cent of the proceeds will go to the charity. For details and tickets, visit here.