Soccer star Sam Kerr has finally landed in Bali after Jetstar refused to let her board because of a ‘damaged passport’.

The Matildas player, 26, faced being stranded in Perth after the airline refused to fly her to Bali with a group of friends.

Calling the incident ‘a joke’, Kerr yesterday shared a picture of her barely-damaged passport, claiming it was the only reason she was denied boarding.

But things have since turned around for the star, who was eventually rescued by a different airline who flew her to Bali yesterday afternoon.

Sharing an image of her luxury villa on Instagram this morning, Kerr wrote: ‘Mornings for the next week on my damaged passport’.

The soccer star shared a picture of her luxury villa in Bali on Instagram this morning, after another airline rescued her and flew her out for a well-deserved holiday with friends 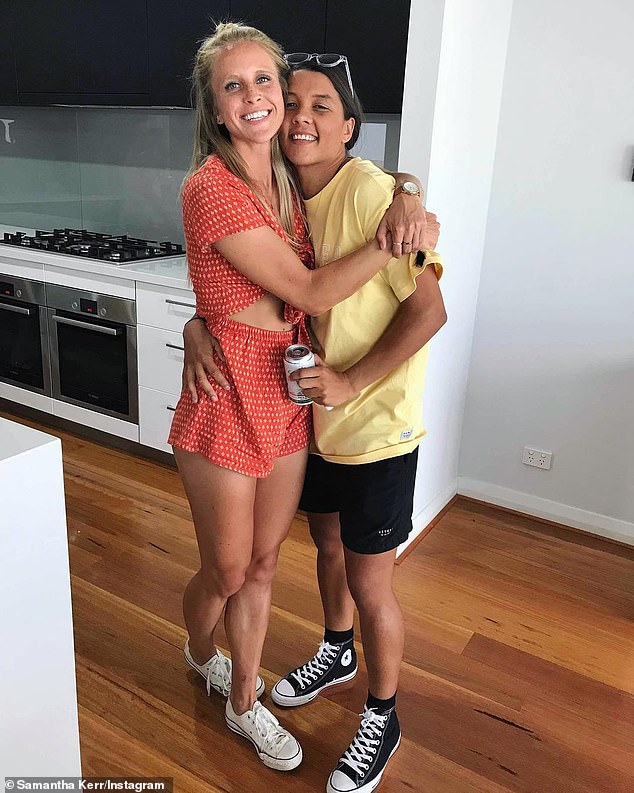 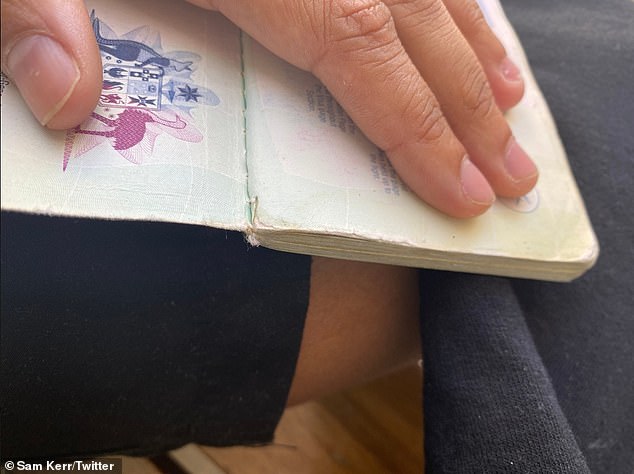 She shared pictures of the barely-damaged passport which she claimed Jetstar said was too beaten to fly with, as she may have problems entering Indonesia thanks to its strict laws

The decadent villa, complete with white lounge beds and a swimming pool, is likely to help the star relax after the stressful incident.

Her furious management now claim Jetstar told her the state of her passport meant she was likely to be turned away by Indonesian immigration.

But after another airline stepped in, Kerr flew to Bali and entered the country without issue.

‘Yesterday afternoon Jetstar refused to allow Sam to board a plane to Bali, telling her that her passport was damaged,’ a spokeswoman for her management said.

‘They went on to tell Sam that the airline was merely saving her the inevitable embarrassment of being turned away by Indonesian immigration.

‘A few hours later, Sam boarded a flight with another airline who made no comment at all about her passport, and she passed through both Australian and Indonesian immigration without incident.

‘Sam is now enjoying a well-deserved break with some friends in Bali.’

Last year, Indonesia brought in strict passport laws, which allows airlines to be fined $7,000 for each passenger who arrives in the country on a damaged passport. 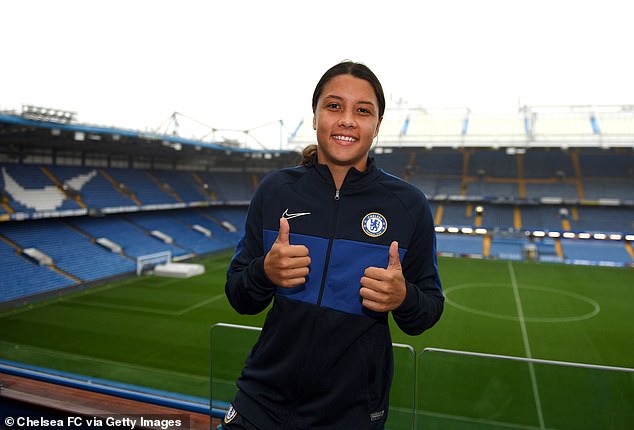 Kerr first alerted her fan’s to the incident on Wednesday, posted a picture of her Australian passport on Twitter and writing: ‘What a joke. @JetstarAirways won’t let me travel due to a damaged passport.

The soccer star is now enjoying a three-week break before moving to play for Chelsea for the second half of the Women’s Super League season.

Her lucrative contract with Chelsea is estimated to be worth $600,000 over two-and-a-half years.

She has become the face of Australian women’s soccer since debuting with the Matildas at the age of 15.

During the World Cup this winter, she showed her humility despite scoring four goals in a dominant win and spearheading Australia’s charge to the knockout rounds.

The Perth-born star is the leading all-time scorer in the National Women’s Soccer League in the US and the Australian W-League.