Matt Lauer was out in the Hamptons on Thursday, where the disgraced newsman was seen working his new job – family chauffeur.

The former Today anchor was spotted dropping off a guest at the local train station after spending the holiday with his estranged wife Annette and their three children at the family’s $36.5 million compound.

Back in the city, Lauer’s former employer enjoyed another week on top, as Today was the most watched morning show in both total viewers and the key demo for the fourth straight week.

The show’s success since Lauer left has many wondering if NBC will soon name Hoda Kotb as his permanent replacement rather than filling the spot with another male as they have done in the past.

Pump it up: Matt Lauer was spotted on Thursday driving a house guest to the train station in the Hamptons 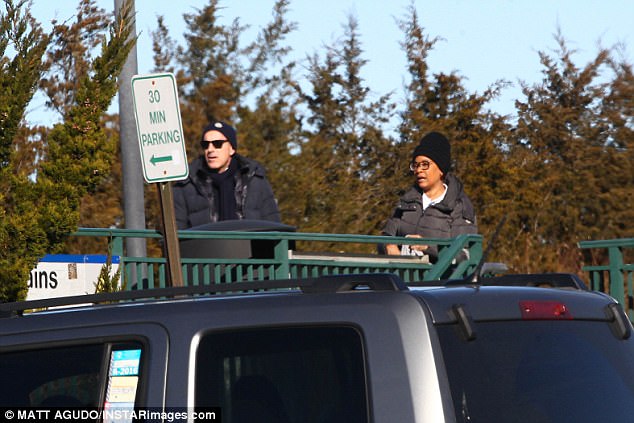 Chill in the air: The disgraced television anchor waited with the mystery woman on the train platform despite the frigid temperatures 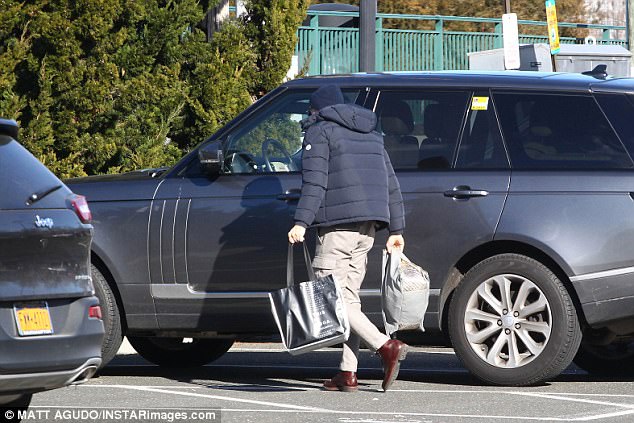 Chivalry: Lauer, 59, also carried some of the woman’s bags to the train platform for her before heading off to get some gas for the car

Despite the fact that they spent the holiday together, Matt and his wife did little to dispel rumors of a possible divorce on Saturday while spotted at Bright Side Farm, the horse training and riding facility that the two opened back in 2013.

They were there to watch their daughter ride on the unseasonably warm December day, with temperatures reaching 57 degrees at one point.

Annette, who was not wearing her wedding ring, arrived first with Matt seen entering the barn later in the day, hanging his head as he solemnly walked through the misting rain.

He then left ahead of his wife and daughter, and headed back into town.

It was reported last week by Page Six that Annette had been seen entering the law firm Latham & Watkins in Manhattan.

She is reportedly looking to end her marriage with Matt after 20 years in the wake of recent sexual misconduct allegations.

It has now been almost four weeks since those allegations of misconduct cost Lauer his $25 million-a-year job at NBC as host of Today.

In his absence however the show is doing better than it has all year in the ratings, and has begun steadily defeating rival Good Morning America in total viewers.

It sis expected that Annette will be looking to get more money if she files for divorce from Lauer, something she previously did in 2006 before withdrawing her complaint.

‘The post-nup will likely specify how much Annette would get if they divorce, but she is expected to challenge it given Matt’s earnings since 2006, and given how he has humiliated her,’ said a source. 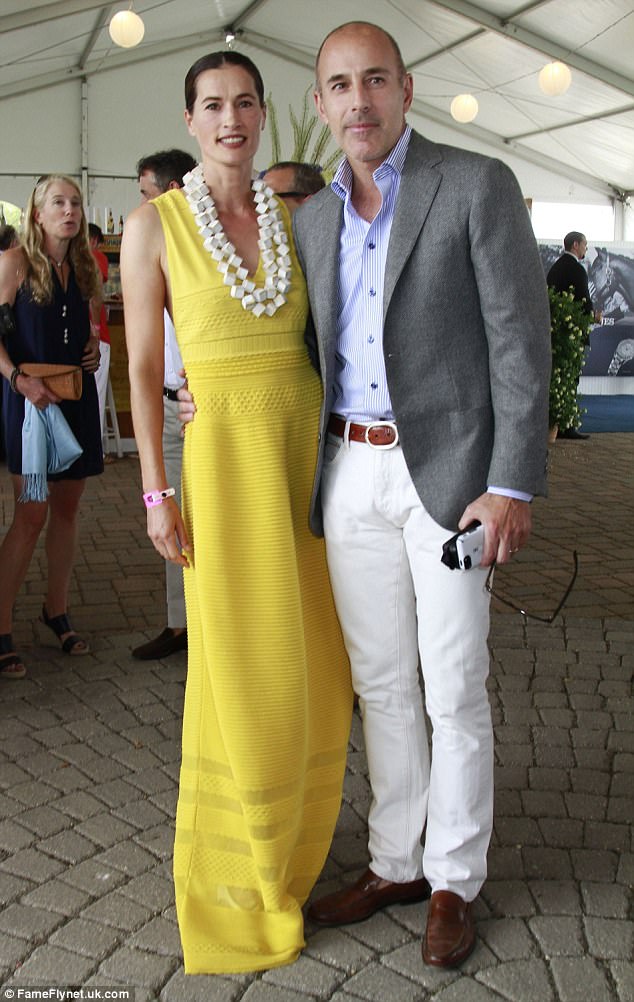 HBetter times: He spent the holiday with his three children and estranged wife Annette 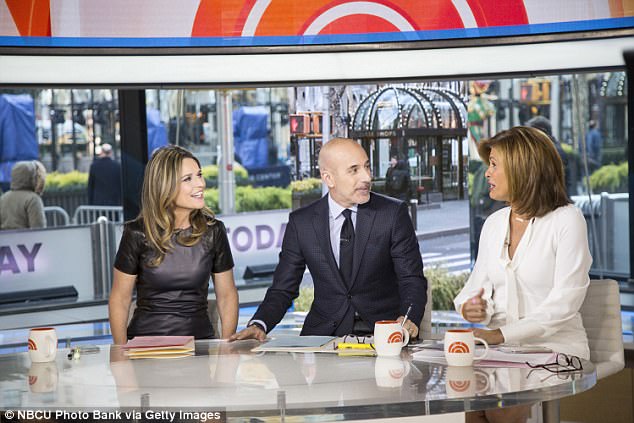 Winning: Today was the top-rated morning show the week of December 18, marking the fourth straight time it best GMA in both total viewers and the key demo

Zinone said that the relationship came to an end at the Democratic National Convention in California that summer, when Lauer told her to meet him a bathroom for one final round of sex.

‘What happened with Matt held me hostage. I was under his spell. It was all-consuming. I couldn’t focus. I couldn’t concentrate. Every time I turned on the TV, because I anchored the local news in the morning, there was his face,’ she wrote in her essay.

‘And he was acting all jolly and happy. And here am I, carrying the weight of what had happened and fending off the national press. I didn’t want to start my career being known as one of Matt Lauer’s girls.’

Soon after she left her media job and decided to enlist.

‘I was in a depression. This man who I’d held on a pedestal had made me feel like my looks and my body were my true assets,’ explained Zinone.

‘He made it clear that he wasn’t interested in my skills or my talent. It just shattered everything.’

Despite all this Zinone went on to have an impressive career, serving overseas and accepting a position at Access Hollywood.

She said it was the ‘power dynamic’ between herself and Lauer that ultimately made her feel like a victim.

‘He knew that I was leaving, and that there was no better prey than somebody who is going to be gone,’ explained Zinone.

‘He went after the most vulnerable and the least powerful — and those were the production assistants and the interns.’