Matt Lauer is set to be exposed yet again, this time in a tell-all book by the woman who brought him down.

Page Six reports that the Today producer whose alleged affair with Lauer led to the anchor’s termination from NBC is shopping a memoir.

That affair began at the 2014 Winter Olympics in Sochi and lasted for several months according to the woman, who had worked as Meredith Vieira’s assistant prior to moving up the ranks at Today and becoming a producer.

She informed NBC executives of the affair in November 2017, and hours later Lauer was fired from his $25 million-a-year post on the show. 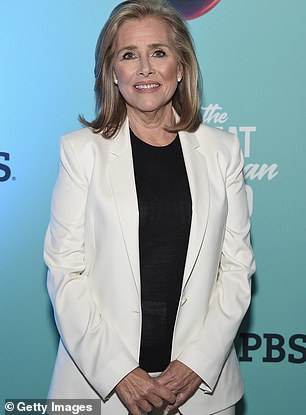 Exposed: Meredith Vieira’s former assistant whose affair with Matt Lauer resulted in the anchor’s termination by NBC is shopping a tell-all (Lauer at the 2014 Sochi Games where the affair began on left, Vieira on right) 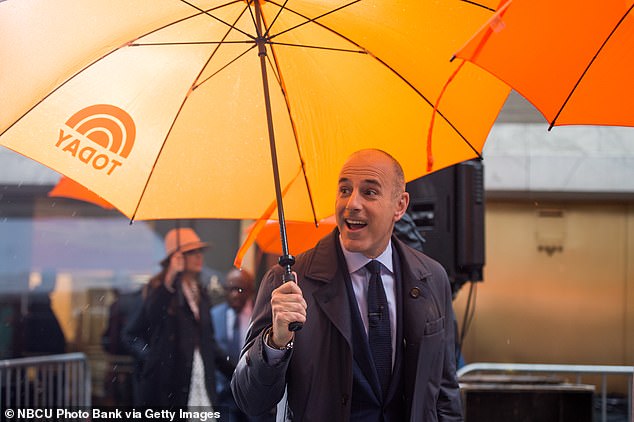 Top of the morning: It is a shocking about face from the woman, who had gone to great lengths in order to make sure her identity was not revealed when the story broke (Lauer above on the set of Today on June 2017)

‘This was not a fling; it was an affair,’ an unidentified source told Page Six.

‘She went and complained and Matt was fired. He admitted it when Andy confronted him.’

TV sources describe the book as ‘surprising,’ largely due to the fact that the woman had gone to great lengths to keep her identity a secret when the news first broke of Lauer’s termination.

Lauer has been camping out in the Hamptons ever since then, and living in the $32 million home he purchased just before he was fired with his estranged wife and three teenage children.

NBC News’ workplace investigation into Lauer’s sexual misconduct was completed in May, at which time the company shared the findings with the public.

The report revealed that on November 22, a ‘complainant alleged that Matt Lauer had engaged in inappropriate sexual behavior in the workplace with her on several occasions in 2014.’

One day later, Lauer was asked about the claims being made by the employee.

‘During the interview, Lauer admitted to engaging in sexual activity with the complainant,’ stated the report.

The report also revealed that NBC has cleared all senior employees and found no proof that any current executives had knowledge of Lauer’s misconduct.

In the wake of Lauer’s firing, more women came forward.

‘Within the two weeks after Lauer’s termination was announced publicly by NBC News on November 29, 2017, the Company received information about three additional women, who each alleged that Lauer had engaged in inappropriate sexual behavior in the workplace with them in 2000, 2001 and 2007, respectively,’ read the report.

The report was sent along with a memo from Andy Lack, the Chairman of NBC Universal.

‘The last few months have been extraordinarily difficult, with our dedicated journalists doing some of our best work ever while we endured a painful period in the spotlight including a thorough and deserved examination,’ the memo stated.

‘This has been felt by everyone in the organization, most importantly several of our colleagues who were deeply affected. I admire their bravery and am profoundly grateful for their candor.’

Lack then added: ‘When we first told you about the decision to dismiss Matt Lauer, I said we had been presented with “reason to believe this may not have been an isolated incident.” As you will see in the report, that turned out to be the case.’

Investigators ‘found no evidence indicating that any NBC News or Today Show leadership, News HR or others in positions of authority in the News Division received any complaints about Lauer’s workplace behavior prior to November 27, 2017.’

That discovery was bolstered by the four women who came forward as they all revealed that they did not tell their direct manager or anyone in a position of authority.