Matthew McConaughey enjoyed some family time with wife Camila Alves and their children on Sunday in Miami Beach, Florida.

The 47-year-old actor kept it casual in a grey V-neck T-shirt, grey striped shorts and sandals.

The Oscar-winning actor wore a red cap backward and accessorized with sunglasses.

Matthew sported a thick beard while strolling with his 35-year-old wife and their three children.

Camila wore a white off-the-shoulder dress and sandals for the family outing.

The Brazilian beauty had her long dark hair down and accessorized with sunglasses.

The Texas native has been in Florida recently filming the new Harmony Korine comedy Beach Bum.

Matthew after filming Beach Bum in Miami will head off to Key West for another two weeks of filming.

Camila and Matthew met in 2006 and married in a private Catholic ceremony in June 2012 in Austin, Texas. 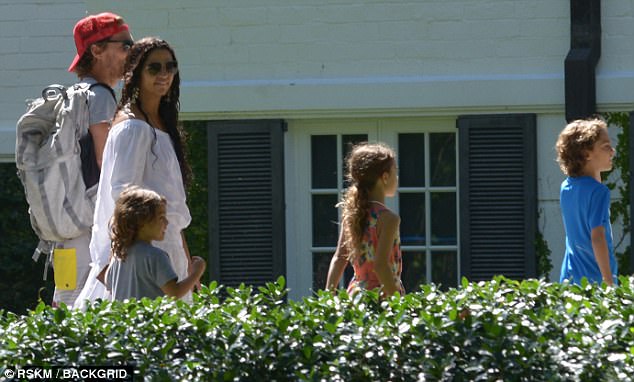 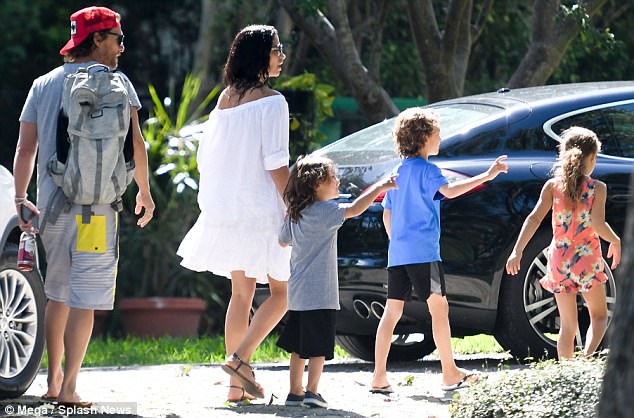 Good times: Camila and Matthew were seen smiling and laughing with their children

Matthew in the new comedy by Spring Breakers director Harmony, 44, will play a rebellious but lovable stoner named Moondog.

Matthew won the Oscar for Best Actor for his portrayal of Ron Woodroof in the 2013 biopic Dallas Buyers Club. 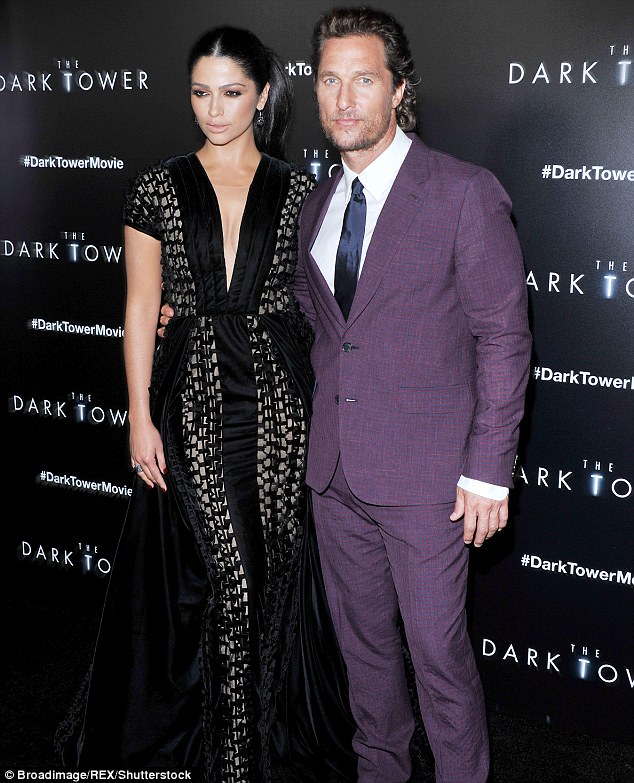 Cute couple: Matthew and Camila, shown in July in New York City, have been married since 2012