‘He believed it showed you were weak. Now he is believing the opposite’: Mauricio Pochettino believes Spurs’ emotional Champions League run has brought chairman Daniel Levy and his team closer together

Tottenham’s fairytale ride to the Champions League final has taught Daniel Levy how to dream football, according to Mauricio Pochettino.

‘Of course, he’s more of a businessman than a football person,’ said Pochettino. ‘We know very well that people who are born playing football always find it easy to dream.

‘For him, maybe he dreamed of different things, like creating the stadium. For him, it was a dream to create the stadium and these facilities.’

Yet, at Spurs, they have noticed a change in Levy’s demeanour and the manager believes it is proof of the club’s evolution.

‘He was at the training ground, talking with the players and all of us,’ said Pochettino. ‘He said, “thank you, we are living a dream”.

‘And some of the players said, “it’s amazing, Daniel is more human”.

‘It’s a side he never showed too much. He was always more distant, trying to keep the emotion inside.

‘I don’t know why, but he was like: “If the manager is crying then why can’t I show more of my emotion? It’s not so bad”.’ 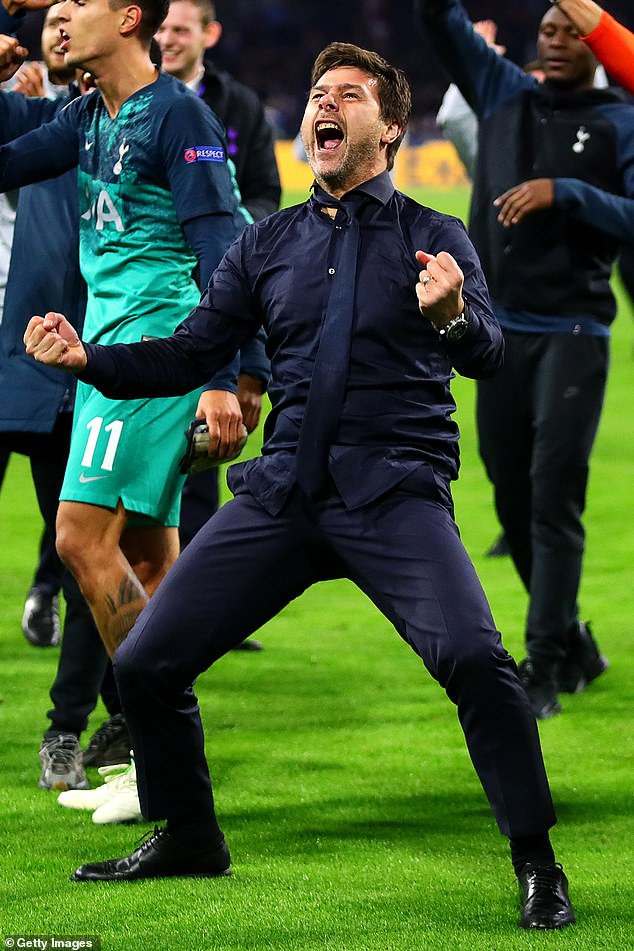 Pochettino, always unashamedly emotional, burst into tears on the touchline when Lucas Moura scored the last-minute winner in the semi-final at Ajax.

‘Sometimes people in business believe they cannot show that,’ said the Spurs manager. ‘It’s like poker.

‘He was a little bit this type of person who cannot show his emotion. He believed it showed you were weak. Now he is believing the opposite.’

Pochettino told of a conversation he had with Levy on the plane carrying the team home from Amsterdam.

‘I asked him: “Daniel, do you believe what we achieved a few hours ago?” and he said: “I can’t believe it”.

‘I said: “Did you ever dream one day to play in the Champions League final?” and he said: “To be honest, difficult. I never dreamed to be in this position”. 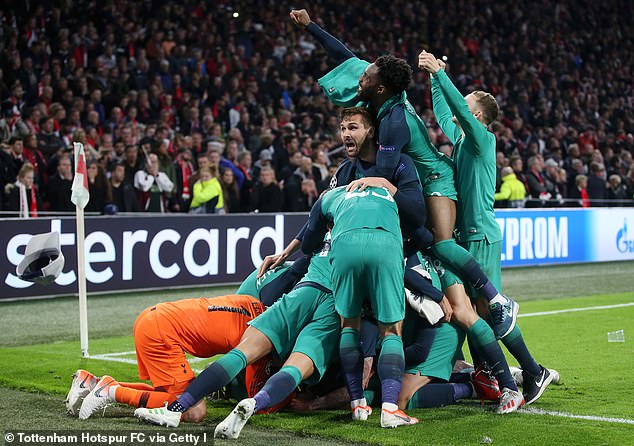 ‘We can feel this transformation of the club and he is a good example of how it is changing.

‘But of course in the personal relationships he is improving a lot since we arrived here.’