The midfielder hasn’t played since having groin surgery at the end of April but Pochettino is understood to be considering throwing his fit-again midfielder straight back into the starting XI for the clash against Liverpool.

Winks’ return to fitness comes as a key boost to Spurs ahead of the all-English showdown in Madrid.

The academy graduate has become an integral part of Pochettino’s team this season, underlined by the manager pondering a starting role for the 23-year-old.

Meanwhile, Pochettino will make a final decision on Harry Kane’s inclusion for the clash against Jurgen Klopp’s side this morning.

As Sportsmail revealed on Monday, Kane has made the trip to Madrid after overcoming an ankle ligament injury that had sidelined him for six weeks.

The England captain has declared himself fit for the game – but Pochettino must decide whether to start with his first choice striker or hand him a place on the bench. 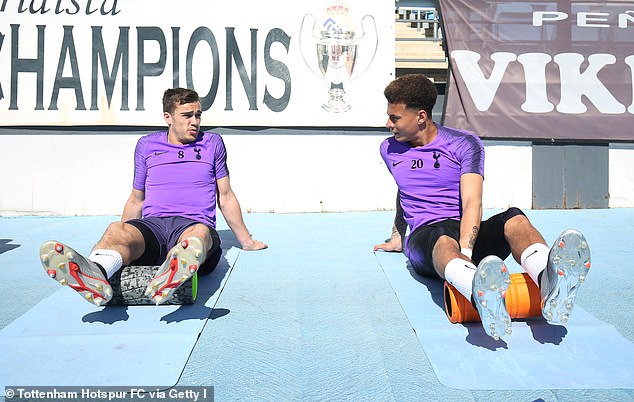