‘I am living another dream’: Mauricio Pochettino receives surprise visit from Argentina hero Mario Kempes ahead of Champions League final

Mauricio Pochettino had to pinch himself when his hero Mario Kempes turned up at the Tottenham training ground this week.

Pochettino’s assistant Jesus Perez organised the surprise with the help of Spurs legends Ossie Ardiles and Ricky Villa who were team-mates of Kempes when Argentina won the World Cup in 1978.

‘Mario Kempes was my idol,’ said the Spurs manager. ‘I watched him win the World Cup when I was six years old.

‘To see him at the training ground was an amazing surprise. It was Mario Kempes in front of me.

‘It was beautiful, wonderful, to have the possibility to meet him for the first time. I am living another dream because it was amazing.

‘We talked about his life now in the USA and the possibilities football gives you to meet people and know different cultures, to travel.’

Kempes, who claimed the World Cup Golden Boot with six goals in the 78 finals, was at the training ground on Tuesday. 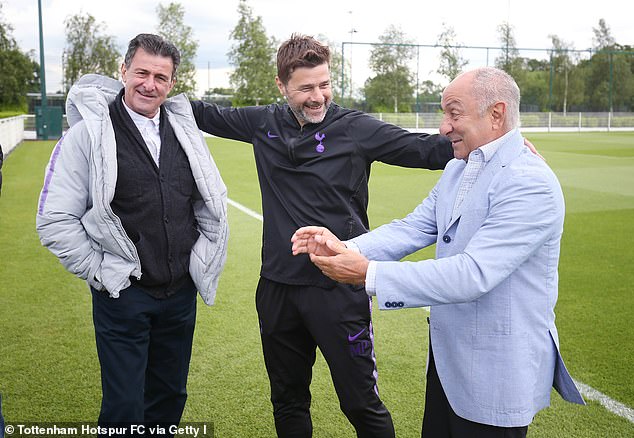 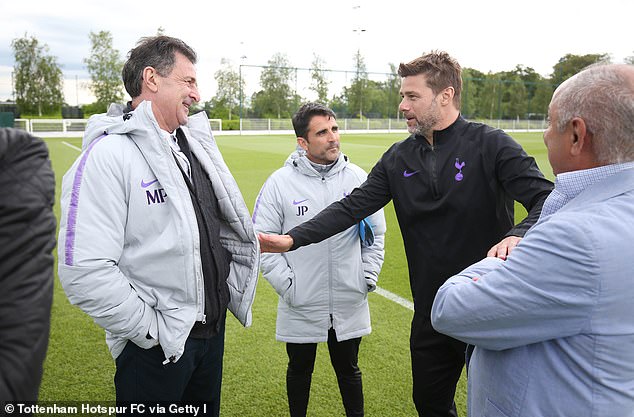 It was a day when Tottenham’s living legends, including Cliff Jones, Pat Jennings, Ardiles and Villa were there to meet the team and host a lunch, where they selected Moussa Sissoko as their player of the year.

Pochettino, who celebrated his fifth anniversary as Spurs manager this week, has varied the usual routine in the build up to the Champions League final against Liverpool.

‘It’s amazing, five years working here at Tottenham,’ said the 47-year-old Argentine. ‘OK, you can expect or believe to be successful and get positive results.

‘But to be playing in the quarter-finals and semi-finals of the Champions League at the new stadium and then playing in the final, no-one would have believed that was possible five years ago.’