Maximizing his matches! Man creates dating app where he is the ONLY guy allowed

A man who was so determined to maximize his chances of finding a date online went to the extreme length of creating an app on which he is the only prospective match for female users.

The premise? Women can swipe through never-ending different versions of his pictures of the North Carolina-native.

Meet your match: Aaron Smith, pictured, went to extremes to make sure he maximized his online dating potential; creating an app where he is the only suitor on the platform 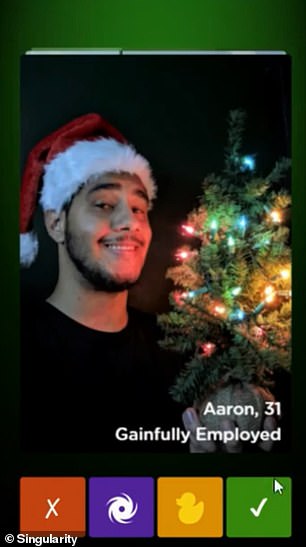 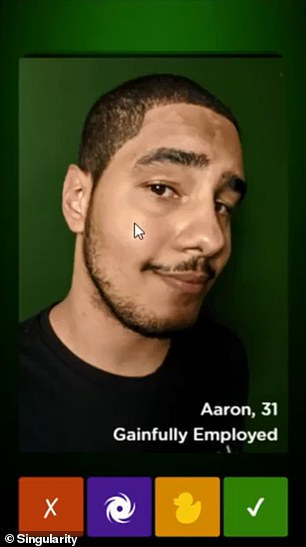 Swipe right: As users swipe though parody app Singularity, all they see is various, never-ending photos of Aaron, left and right 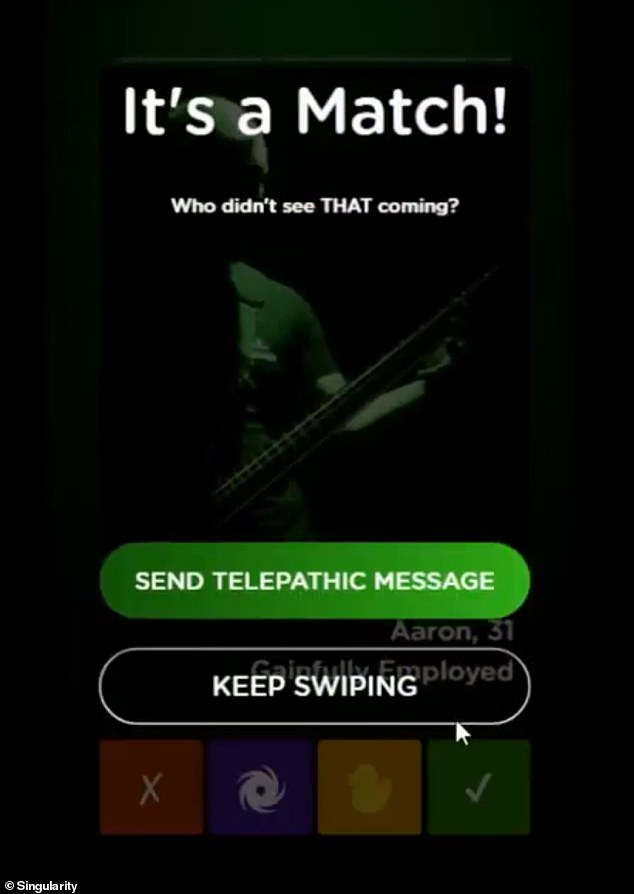 Success! When someone swipes right on the 31-year-old, they will receive a tongue-in-cheek prompt to ‘send him a telepathic message’

As he put it himself: ‘If life gives you lemons, you should first make lemonade.

‘Then make sure no other companies can produce or distribute their own soft drinks. So the only game in town is lemonade.’ 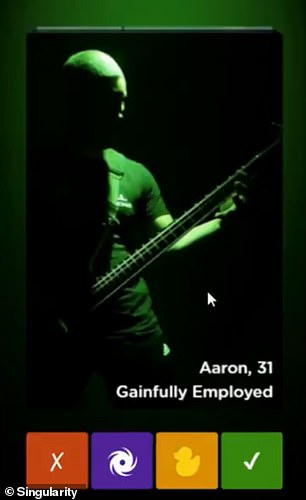 His project came to fruition when he realized that the likes of Tinder, Bumble and Hinge had their limitations.

‘The biggest problem with the other apps is that my face is not featured prominently,’ he jokingly said to WFMY News.

‘All of us who have done online dating in some sorta way can all relate to the fact that it really does sometimes suck,’ his collaborator Scott added.

Aaron went all out for the parody app, which can only be accessed on mobile.

A website explains: ‘Singularity is designed for use on mobile devices while in a state of existential despair.’

‘Online dating is terrible, and getting more nonsensical each passing year,’ the ad begins.

‘Sure you could meet people the old-fashioned way by going outside but that feels like a lot of work.

‘So instead you navigate this bleak dystopian hell-scape, sifting through the dregs of humanity through your smartphone while each day brings you closer to the cold hard hands of death.’ 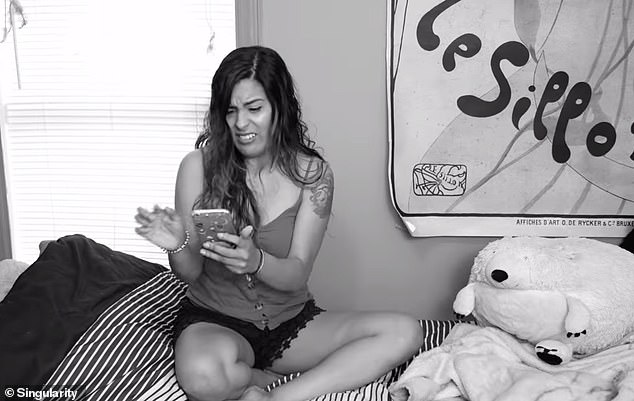 Promo: The North Carolina-based friends went to the extent of making a parody promo, starring a frustrated online dater 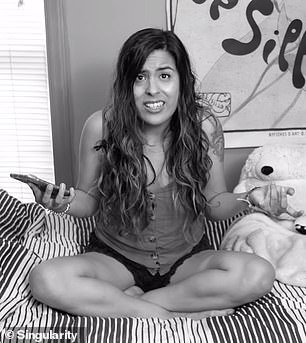 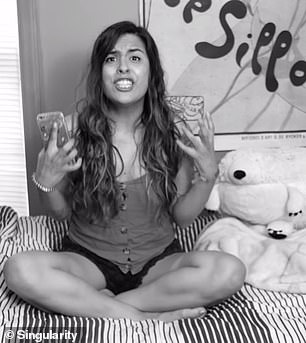 Desperate: The woman in the video wants to know if there’s a better way to meet a match, to which the narrator said there isn’t

The star of the video then asks the camera desperately whether there is a better way, to which the narrator responds, ‘Well there isn’t, but let’s pretend. Introducing, Singularity.’ 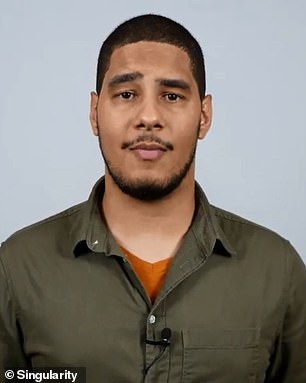 Inspired: YouTube commentors were quick to jokingly ask Aaron, pictured, if he could make them their own Singularity dating app

The tongue-in-cheek app contains features that you won’t find on other online dating platforms.

Take for example, the ‘black hole button’ which will emit a ‘blood-curdling scream when you realize what life has become.’

Aaron adds: ‘And don’t worry if you accidentally swipe past your future husband’s profile, they’re pretty much all the same.

‘So what are you waiting for? Go find the Aaron Smith of your dreams.’

‘Hey Aaron could you make Singularity version but with me as date match? [Thanks],’ asked another.