May avoids a second Commons defeat on Brexit date

Theresa May has completed a humiliating U-turn on her flagship Brexit laws to avoid an embarrassing second defeat in the Common tonight.

Brexit Minister Steve Baker has signed a series of compromise amendments that water down Mrs May’s plan to write exit day of March 29, 2019 on to the bill.

The Prime Minister announced the plan to fanfare from Brexiteers in the autumn but it was condemned by critics who claim it adds pressure to the negotiation.

Tory rebels who defeated the Government on an amendment to the legislation last week had promised to repeat the revolt if ministers did not back down. 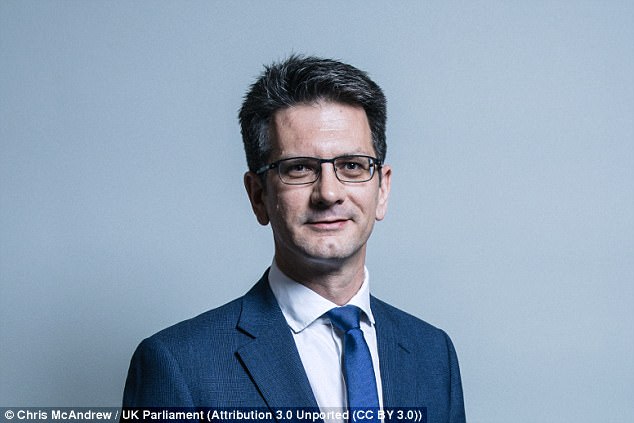 Brexit Minister Steve Baker (file image) has signed a series of compromise amendments that water down Mrs May’s plan to write exit day of March 29, 2019 on to the bill

The capitulation was completed today as Mr Baker signed a series of amendments that will allow ministers to change the exit day.

He told the Telegraph: ‘As far as I can make out all will be well. All the indications I’m getting are that the government is likely to accept it.’

The eighth and final day of the marathon committee debate on the EU (Withdrawal) Bill will begin around 1pm this afternoon.

The votes will begin at around 9pm and are expected to run late into the night – but today’s climbdown removes most risk of defeat for the Government. 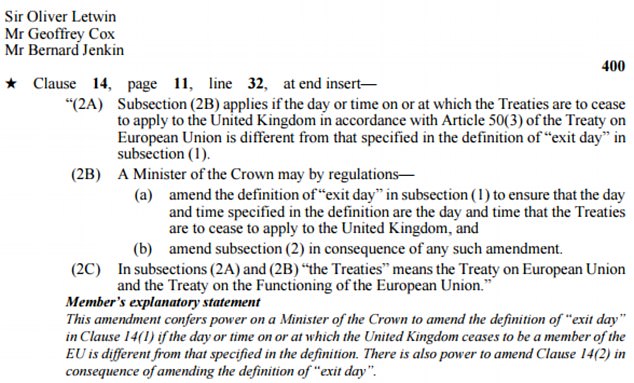 When the new amendments were tabled last week, Tory rebel ringleader Dominic Grieve told the BBC the revisions would leave him ‘fairly satisfied’.

Signalling the end of the revolt for now, he added: ‘The Government has, I think, this afternoon tabled a further amendment for next Wednesday, which very sensibly looks like it will resolve the issue that was troubling some of us.

‘If that is the case, and I am fairly confident it is, then that issue will be satisfactorily resolved.’

Mr Jenkin, a leading Tory Brexiteer, said: ‘The purpose of this amendment is to avoid needless division over matters of detail when we should be supporting the PM.’

Mr Grieve led 10 other rebels into the lobbies alongside Labour and the SNP to re-write the legislation to guarantee a ‘meaningful vote’ on the Brexit deal.

The rebellion consigned Mrs May to an embarrassing four vote defeat – her first on Brexit and the first defeat on legislation.

The defeat piled pressure on tonight’s votes, set to be a marathon session of divisions to end the 64-hour committee.

The draft legislation will be back in front of MPs in January to finish its Commons passage before going through the process all over again in the Lords. 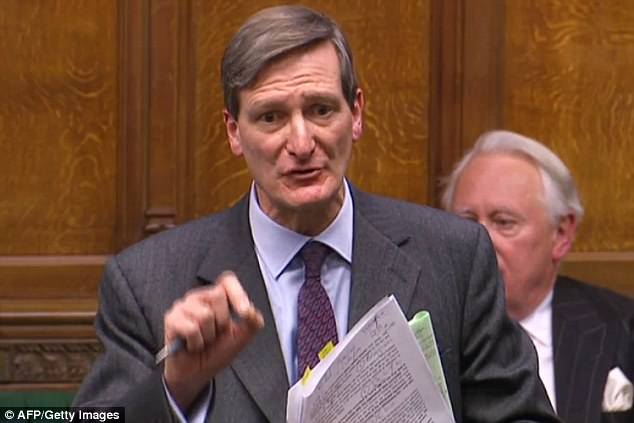 When the new amendments were tabled last week, Tory rebel ringleader Dominic Grieve told the BBC the revisions would leave him ‘fairly satisfied’

Today’s compromise on the timetable to exit day comes amid growing focus on the next phase of the negotiation.

He said the period should be slightly shorter than Mrs May has suggested, finishing on December 31, 2020 – and Britain will have to abide by all the bloc’s rules.

The announcement came as he fights to quell a backlash in Brussels over his attempt to force a tough stance in Brexit talks.

Mr Barnier has been accused of overstepping his powers by laying down a series of red lines before they have been signed off by the bloc’s leaders.

In spite of his sabre-rattling, the EU is seemingly preparing to back down on demands for the UK to obey fishing quota rules during the transition.