May heads for Wales on walking holiday over Easter

Theresa May is heading for Wales on a walking holiday over Easter, Downing Street said today.

The Prime Minister’s short break with husband Philip will raise eyebrows at Westminster – as the last time she went on a similar trip a year ago she called a snap election.

The disastrous Tory campaign that followed saw Mrs May stripped of her overall majority in June.

As a result she has had to enlist the support of the DUP to prop her up in power.

The Mays often visit Switzerland in the summer (pictured in 2016), with Mrs May having previously disclosed that her favourite areas are Zermatt and the Bernese Oberland

No10 has laughed off suggestions that Mrs May might pull a similar stunt this time around.

But journalists recall the vigorous denials that were handed out last year.

Mrs May let slip her holiday plans earlier this month at a Westminster dinner for political correspondents.

Joking that the previous event had to be delayed because of the election she said: ‘I was looking forward to this event so much that I called a general election to get out of it.

‘But I can’t pull that stunt two years in a row.

‘Or can I? I am, after all, going walking in Wales at Easter.’

Mrs May’s official spokesman said the PM would be in Wales over the Easter weekend and will return to her Maidenhead constituency in the middle of next week.

‘There will be an element of walking,’ the spokesman added.

The Mays are known as fans of hiking holidays.

They often visit Switzerland in the summer, with Mrs May having previously disclosed that her favourite areas are Zermatt and the Bernese Oberland.

On her first overseas trip as premier, Mrs May gave German Chancellor Angela Merkel two books about hiking to reflect their shared passion for the hobby. 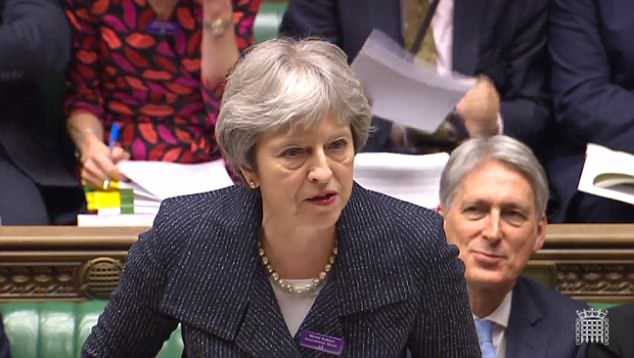