Theresa May, pictured enjoying a drink while schmoozing with MPs and journalists at The Spectator summer party earlier this year, is throwing a soiree tomorrow for her MPs

Theresa May will hold a champagne charm offensive at her Chequers country retreat tomorrow in a bid to win Tory MPs over to her Brexit strategy.

The Prime Minister is throwing a party for 30 MPs and their spouses at her 16th Century manor house in Buckinghamshire tomorrow as she tries to woo her backbenchers.

The party will come just a day after she delivers her landmark speech on Brexit – which she is giving in Florence this afternoon.

The PM is understood to want to use the soiree to reach out to her backbenchers after the election disaster and also to unite her party around her Brexit vision.

She will use her address in Italy today to make a ‘generous’ offer to secure a breakthrough in the deadlocked talks.

Mrs May will propose a two-year transitional deal and pledge to pay up to 20 billion euros (£17.5bn) to ensure no hole is left in the EU’s budget.

One MP invited to the Chequers bash told The Times that Mrs May must be allowed to ‘get on with the job’ of Brexit.

Another Tory who visited Chequers over the summer called for the party ‘take a chill pill’ and to unite around the Prime Minister’s plan for Brexit.

The MP added: ‘Brexit is a great national endeavour. We do not have the luxury of being able to self-flagellate.’

Another MP who attended one of several receptions for backbenchers at Chequers during the summer recess said: ‘She really is going through the whole parliamentary party.’

Mrs May’s relationship with her backbenchers was plunged into turmoil after the General Election wiped out the party’s majority.

A string of MPs have spoken about their anger at seeing their talented colleagues lose their seat. 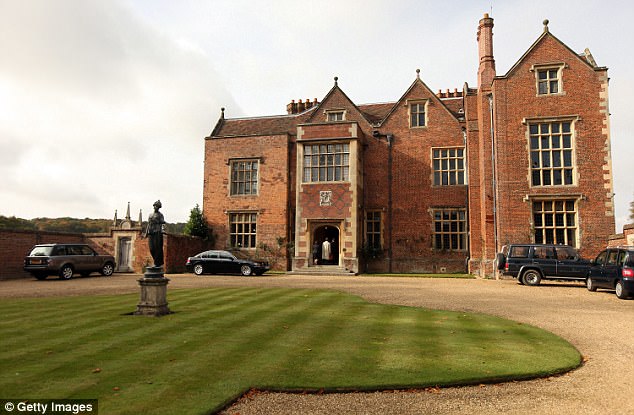 The Prime Minister will throw the champagne reception at her 16th Century country retreat Chequers in Buckinghamshire. It will come just a day after she delivers her flagship Brexit address in Florence, which is being given this afternoon. 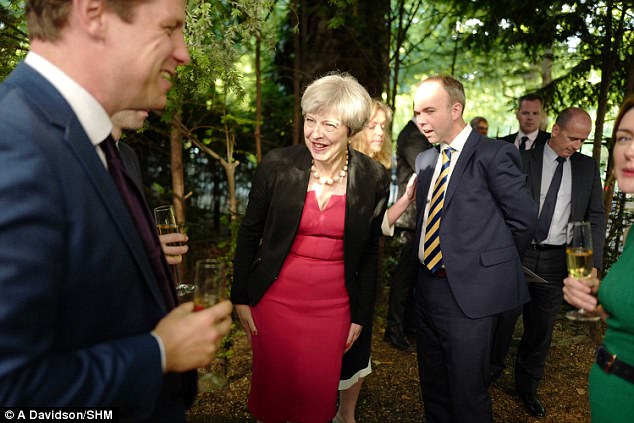 Theresa May, pictured with her new chief of staff Gavin Barwell, has taken steps to adopt a more consensual and inclusive approach after her Tory election disaster

And several Tory big hitters, including the Home Secretary Amber Rudd, saw their majorities slashed in the election.

While she faced fierce criticism for having run an incredibly stage managed and controlling General Election campaign which made very little use of her Cabinet and fellow Tory MPs.

Faced with an ultimatum to either be more inclusive of her party or face a leadership challenge, Mrs May has mounted a major effort to reach out to her MPs.

Mrs May has apologised for orchestrating such a disastrous election campaign.

And she has appointed Gavin Barwell – who lost his seat in the election – to her chief of staff and ditched her two closest advisers, Nick Timothy and Fiona Hill.