Theresa May suffered a fresh defeat on the Brexit Bill today as peers demanded the EU rights charter is kept in UK law.

Peers voted by 316 votes to 245 for an amendment saying the Charter of Fundamental Rights should stay in place after 2019.

Shortly afterwards they backed a separate move to prevent ministers from getting powers over how EU laws can be challenged in UK courts.

They are the latest humiliating setbacks for the PM in the House of Lords – where she does not command a majority.

Peers voted by big majorities last week to keep open the option of remaining in the EU Customs Union and maintain protections for workers.

Proposing the amendment, Lord Pannick said that to exclude a number of important EU rights from domestic law would lead to a lack of certainty and continuity, providing a ‘recipe for confusion’ after Brexit.

Accusing ministers of acting for purely ‘doctrinal’ reasons, Lord Pannick said: ‘This Bill should not be used as an excuse to reduce the legal rights which we all enjoy against the state.’

But former Supreme Court justice and independent crossbench peer Lord Brown of Eaton-under-Heywood said he was a Remainer ‘despite not because of the charter’.

He said that to leave the EU but retain the charter as part of UK domestic law would be the ‘worst of all possible worlds’.

Baroness Deech, a crossbench peer, said it could be a ‘bonanza’ for litigation lawyers and that the charter had failed to protect human rights in other European countries.

May’s Brexit Bill defeats in the Lords so far

‘The retention of the charter would be a Trojan horse with a tapeworm in its intestines, because its interpretation would depend on the ongoing, never-ending, twisting and turning judgments of the ECJ,’ she said.

‘A vote for these amendments, to keep the charter, is tantamount to a vote of no confidence in the ability of our judges and this Parliament to make and interpret the law.’

Some 10 Tory peers backed the amendment in defiance of the Government, including former deputy prime minister Lord Heseltine and former ministers Lord Patten of Barnes, Lord Willetts and Lord Deben.

A spokesman for the Brexit Department said: ‘We are disappointed that the House of Lords has voted for this amendment in spite of the assurances we have provided.

‘We will review this decision when the Bill returns to the Commons.’

The House passed another amendment by Lib Dem peer Lord Beith and Lord Pannick which would remove a section from the bill giving ministers the power to make regulations specifying the circumstances where retained EU law can be challenged in court.

Meanwhile, Mrs May is facing calls to stake her political future on winning a crunch customs union vote as Brexiteers fear she is preparing to fudge her red line.

Remain Tory MPs have signed up to an opposition amendment to the Trade Bill that would mandate the Government to create a customs union after Brexit.

Defeat in the Commons would be a heavy blow to the Prime Minister’s authority. Brexiteers want her to raise the stakes to a vote of confidence to deter Tory rebels from risking a collapse of the Government.

October 2018: Political agreement on the future partnership due to be agreed

A symbolic vote on the issue on Thursday could give a clue to the mood of MPs ahead of the amendment vote expected next month.

The row grew today as Mrs May faced a showdown with senior Cabinet ministers over a proposal Brexiteers see as a watering down of the pledge to leave the EU Customs Union after Britain leaves the EU.

A customs partnership – first suggested in a British policy paper last year – is seen by some as a way of breaking the Irish border stalemate while preserving the ability to strike new trade deals.

But critics believe it is tantamount to staying inside EU rules and restraining Britain’s flexibility after Brexit.

Brexit Secretary David Davis, together with Trade Secretary Liam Fox and Foreign Secretary Boris Johnson, are expected to lead a revolt at a Cabinet sub-committee meeting.

Critics claim any form of customs deal with the EU could frustrate Britain’s ability to strike trade deals after Brexit. 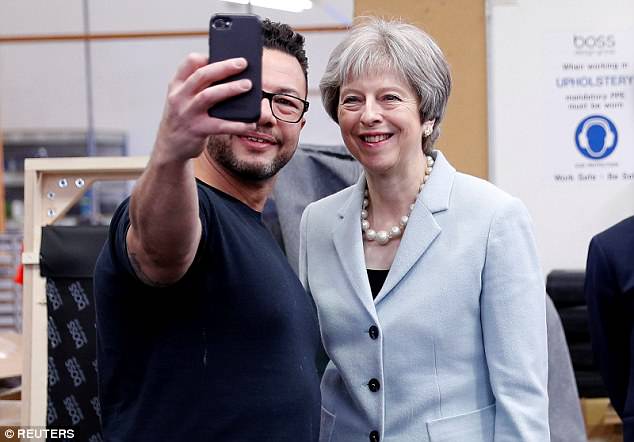 WHY DO THE CUSTOMS UNION AND SINGLE MARKET MATTER AND WHAT COULD HAPPEN AFTER BREXIT?

The customs union and single market have emerged as crucial battlegrounds in the struggle over Brexit.

The customs arrangements could decide the fate of the overall deal – as the UK has already said it will ensure there is no hard border between Northern Ireland and the Republic.

Here are the main options for what could happen after Britain leaves the bloc.

Staying in the EU single market

A Norway-style arrangement would be the deepest possible without formally staying in the EU.

The single market rules out tariffs, quotas or taxes on trade, and guarantees free movement of goods, services, capital and – controversially – people.

It also seeks to harmonise rules on packaging, safety and standards.

Staying in the EU customs union

The customs union allows EU states to exchange goods without tariffs, and impose common tariffs on imports from outside the bloc.

But they also prevent countries from striking deals outside the union.

Theresa May has repeatedly made clear that the UK will be leaving the customs union.

Some MPs and the Labour leadership have raised the idea of creating a new customs union with the EU.

This could be looser than the existing arrangements, but still allow tariff free trade with the bloc.

However, many Eurosceptics believe it is impossible to be in a union without hampering the UK’s ability to strike trade deals elsewhere.

They also complain that it would mean accepting the EU’s ‘protectionist’ tariffs against other parts of the world in areas like agriculture.

The PM has also ruled out this option.

Less formal than a union, this proposal would seek to cherry pick the elements that facilitate tariff-free trade – without binding the UK’s hands when it comes to deals with other countries.

One possibility could be keeping the UK and EU connected for trade in goods, but allowing divergence for the services sector.

The partnership option was floated by the government in a position paper last year.

This scenario would be a ‘bare minimum’ customs arrangement between the EU and UK.

New technology would be deployed alongside a simple agreement to minimise friction.

But there are fears that this could hit trade, and it is unclear how the system would work with a ‘soft’ Irish border.

Amber given a dressing down

Amber Rudd has claimed the new application system for EU nationals wishing to stay in the UK post-Brexit will be ‘as easy to use as setting up an online account at LK Bennett’. 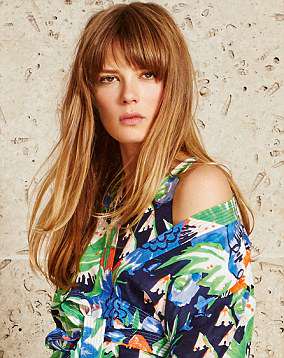 The Home Secretary was branded ‘out of touch’ after reportedly making the comparison to the upmarket clothing and accessories retailer during a private dinner with business leaders earlier this month.

Favoured by the likes of Theresa May and the Duchess of Cambridge, LK Bennett describes itself as an ‘affordable luxury brand’.

Miss Rudd made the comments as she outlined how the Home Office was working to ensure the smooth registration of EU nationals using a new digital system, the Financial Times reported.

But Labour MP Tulip Siddiq said: ‘Many will see the comparison with online shopping as regrettably flippant and out of touch.’

The Home Office said it was developing technology to make applications ‘as simple and quick as possible’.