Maya Sondhi, best known as double-crossing PC Maneet Bindra in Line Of Duty, still remembers what it felt like the first time she saw her father being racially abused. She was about six, yet the memory is crystal clear.

They were travelling from Birmingham to London to see family when they realised he’d forgotten to pack any shoes, so he was wandering around a market looking for a cheap pair. ‘And I remember this guy shouting at him because he was wearing slippers, and calling him a P**i.’

She felt not anger, but burning shame. ‘I was mortified, just embarrassed. It was horrendous,’ recalls Maya, 39. ‘Because all I wanted to do was blend in.’

This memory makes it into DI Ray, a new series she has written, and which has been executive produced by Line Of Duty creator Jed Mercurio.

The series feels genuinely different to many other police dramas on television, merging Mercurio’s genius for brilliant plots, white-knuckle action and tense cliffhangers with Maya’s very personal experiences of being a second-generation Indian in Birmingham.

Parminder Nagra plays DI Rachita Ray, in new series DI Ray, whose hopes of a promotion to the murder squad are ignored until she foils an attempted stabbing while off duty

This isn’t just a story about racism in its different forms – both overt and hidden beneath the surface – it’s also about box-ticking for minorities, how the shame of being different manifests itself and what it feels like being not quite British enough, but not quite Indian enough either.

It’s also the first police drama to be led by a woman of Asian heritage, with ER star Parminder Nagra taking the title role. And in a nice piece of serendipity it was Parminder, whose first big hit was the ground-breaking Bend It Like Beckham with Keira Knightley, who first inspired Maya to become an actress.

‘Bend It Like Beckham was revolutionary for its time,’ says Maya. ‘Until it came out I hadn’t seen anyone who looked like me on screen, and so Parminder really did inspire me because I saw that someone like me could become an actress.

‘When we sent her the script I wrote her a personal note to explain why the show was so important to me, and why I thought she was the best person for the job because I’d been watching her for years. And she’s just brilliant. She brings this incredible stillness to the role.’

Parminder plays DI Rachita Ray, whose hopes of a promotion to the murder squad are ignored until she foils an attempted stabbing while off duty. Suddenly she’s being asked what her heritage is, and then she gets what seems like a dream secondment.

But she soon discovers she’s being asked to help on a ‘Culturally Specific Homicide’, as the murder may have been an honour killing. She’s worried her appointment will be seen as tokenism, and it’s clear some of her new colleagues believe she’s been promoted because of her colour. 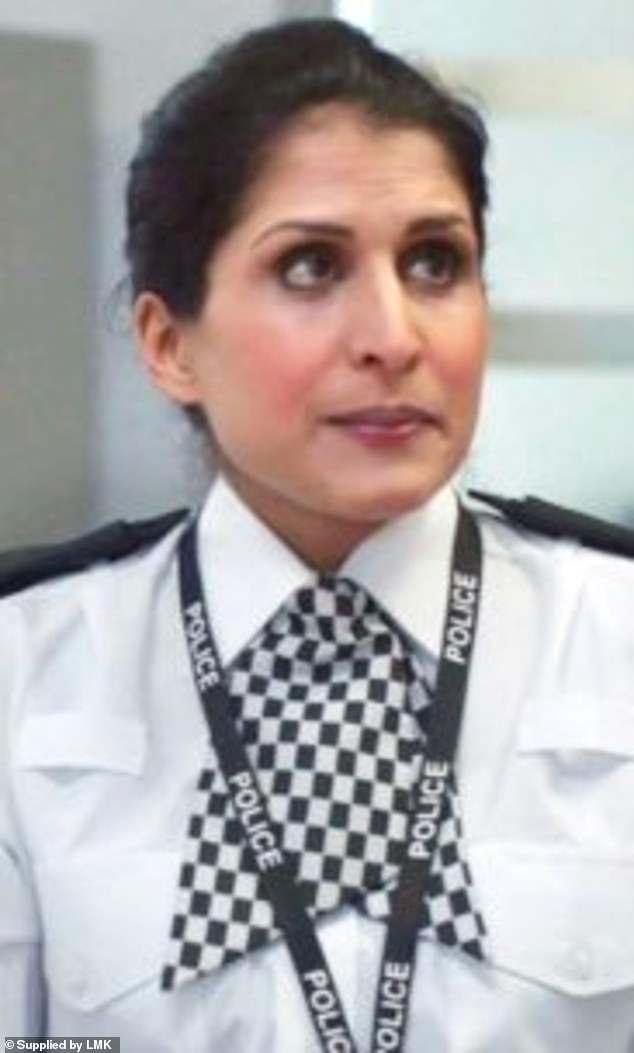 But while they’re quick to come up with a motive, DI Ray believes there’s more to it, and she’s soon heading into the dangerous world of organised crime.

Maya’s big break of course was as PC Bindra in Line Of Duty, where over three series she went from office assistant in AC-12 to informant for the Organised Crime Syndicate and ended up having her throat slit. By this time Mercurio had already promised to work with Maya as he was setting up his own production company and she was writing for dramas such as EastEnders and Ackley Bridge.

‘We started with a project about girl gangs in Birmingham but no one was quite ready for that,’ says Maya.

‘Then I told Jed I wanted to write about identity as it was such a big thing for so many people. He came up with the idea of wrapping it up in a police drama. While I felt comfortable with dialogue, Jed helped push it along with story.’

The series comes as television and film try to find ways to feature more minorities, and not always particularly well. ‘You usually see minorities as sideline characters to service the plot,’ says Maya.

‘They’re the girlfriend, the lawyer, the pharmacist. I wanted to create a different world, full of Midlanders who are doing their jobs but there are micro-aggressions there, whether it’s because they look a certain way or because they’re a different sex. 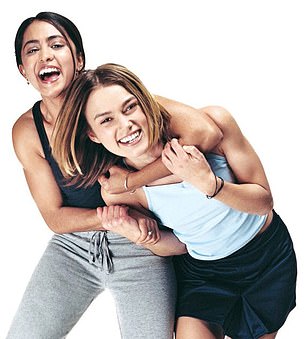 Parminder pictured with Kiera Knightley. ‘Bend It Like Beckham was revolutionary for its time,’ says Maya

‘We’ve set it in a police department – and we had two officers advising us on the scripts – but those things are happening everywhere and it’s time they were talked about on television.’

Over the series we see DI Ray encounter racism not only from her colleagues but also within her own community. Yet the investigation helps her to put aside her own feelings of not fitting in and become proud of who she is. It’s a story that echoes Maya’s own.

Growing up in a multicultural society can be complex,’ she says. ‘Like Rachita, my parents didn’t teach me Hindi or Punjabi because they wanted to make sure I was integrated into British society.

‘For a long time that made things difficult. I wasn’t white but I didn’t feel brown enough. It took me a long time to realise I’m not a bad Asian, I’m just me. It felt like a lot to resolve.

‘That’s all in the story. I want this to be entertainment, but if it makes people think a little bit more about their interactions with others I’ll feel like I’ve done my job.’