Floyd Mayweather slammed for ‘scamming millions and giving it his bare minimum’ while ‘ballsy’ Logan Paul is praised for going the distance and KSI brazenly claims: ‘So you’re saying I’m the best boxer in the world’ as fans react to exhibition in Miami

Floyd Mayweather was slammed by fans for ‘scamming millions’ and ‘giving it his bare minimum’ after failing to knockout Logan Paul in their exhibition fight.

The boxing legend dominated the proceedings, winning almost every round against novice fighter Paul but left fans frustrated after failing to go through the gears to force a stoppage.

Mayweather had upped the ante in the middle rounds after landing left hooks and body shots almost at will but never rocked Paul as the YouTuber-turned boxer defied the odds to go the full distance. 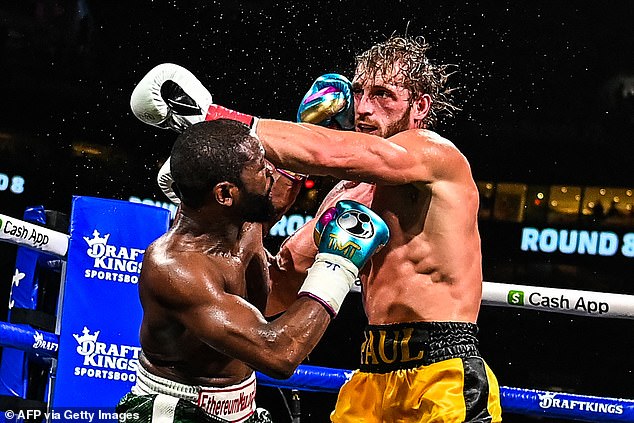 YouTuber sensation KSI, who beat Paul in a fight in 2019, posted this tweet after the exhibition

The 44-year-old, who praised Paul and admitted afterwards he might never fight again, came in for criticism on social media as the world reacted to the glitzy exhibition fight in Miami.

One Twitter user wrote: ‘Mayweather scammed millions into thinking he was actually going to try and knockout Logan.’

A second said: ‘Floyd gave it his bare minimum, Logan looked like he was trying his hardest.’

A third wrote:  ‘I can’t believe Logan Paul and Floyd Mayweather ended in a draw. Disappointed.’

Another added: ‘Tom Brady looks a whole lot more better at almost 44 than Floyd Mayweather Jr does at 44.’ 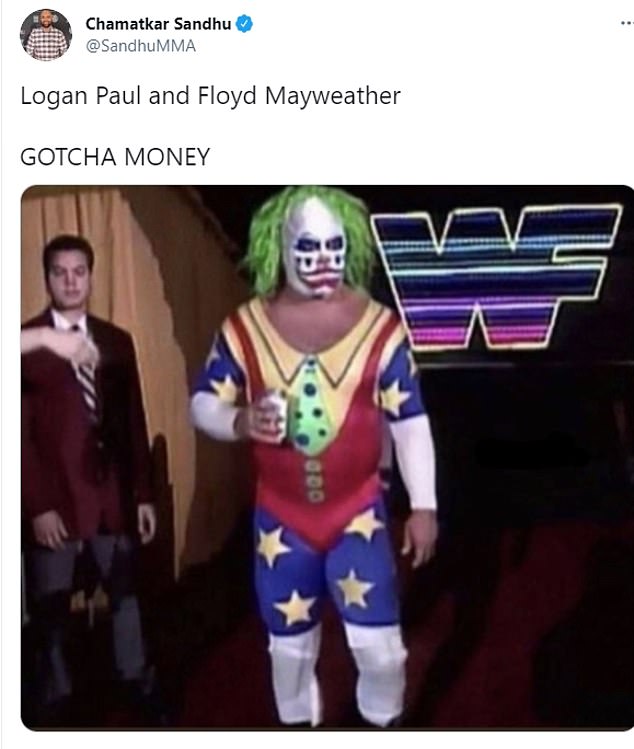 A number of fans were left unimpressed by the fight, with Mayweather particularly coming in for criticism after the fight ended with no winner 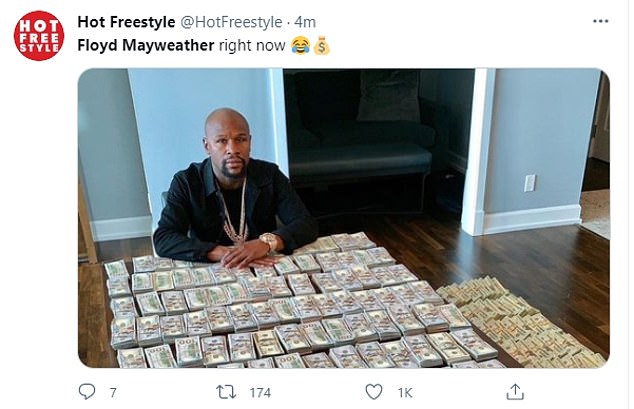 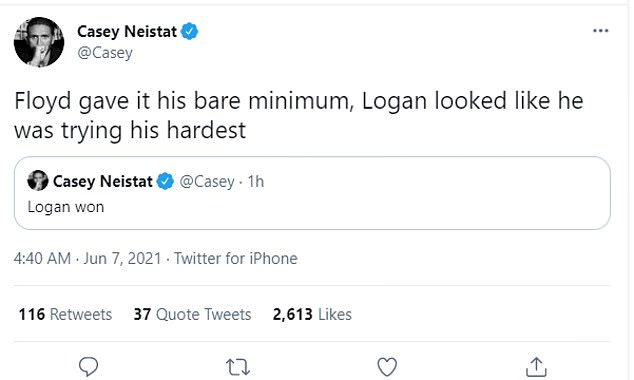 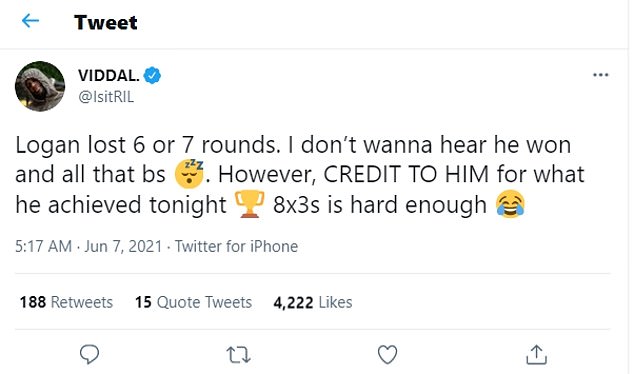 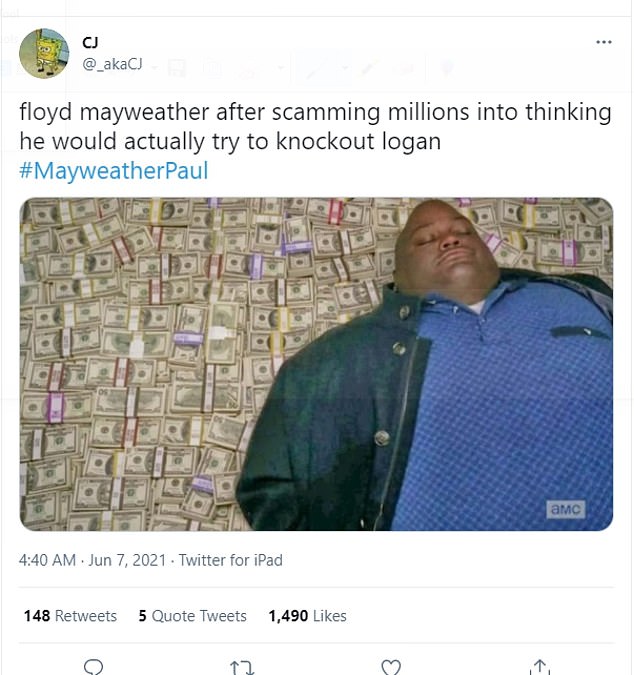 A number of people also posted pictures of Mayweather next to large stacks of money, poking fun at his huge reported $100million take home for Sunday’s exhibition.

YouTube sensation Paul, however, earned huge plaudits for putting in a gutsy performance to go the full eight rounds, which left many people shocked.

One user said: ‘The fact he stepped into the ring even to begin with takes balls and I don’t even like Logan Paul.’

Another added: ‘Logan lost six or seven rounds. I don’t want to hear that he won and all that b******t. However, CREDIT TO HIM for what he achieved tonight. 8x three minute rounds is hard.’

Fellow YouTuber KSI, who defeated Paul in a professional fight back in November of 2019, joked afterwards: ‘So… you’re saying I’m the best boxer in the world?’

Mayweather attempted to play down the fight and his failure to stop Paul after the fight. ‘It was good action, we had fun. I was surprised by him tonight, good little work. He was better than I thought,’ he said after the final bell.

‘Logan’s a good guy. I had fun. Tonight was a fun night.

‘I fought against a heavyweight but I had fun, even though he didn’t have much experience, he knew how to use his weight and tie me up and he was just surviving but I had fun and I’m sure he had fun. It was just entertainment.’