Mazda MX-5 declared the nation’s most reliable new car by Which?

Top down top performer: Mazda MX-5 is declared the nation’s most reliable new car by Which?

Consumer watchdog Which? has exclusively revealed the results of its most recent car reliability survey to This is Money, and the most dependable model might not be a model you first think of.

Mazda’s current MX-5 sports car is the best-selling roadster in the history of the automobile – and the latest version, which costs from £24,055 new in the UK, has also been named the most reliable for UK drivers to buy from showrooms.

Some 47,000 drivers told Which? about any woes or troubles they had with their cars in 2019-2020, with just three per cent of all MX-5 drivers saying they’d experienced a fault during the 12 months before responding to the survey.

A glowing report from owners: Mazda’s MX-5 roadster has been declared the most reliable new car Britons can buy by consumer watchdog Which?

Which? hailed the MX-5 the most reliable new car based on the feedback from owners of models aged between zero and three years.

While most buyers of sports cars probably won’t have dependability at the top of their minds when picking these category of vehicle.

However, if customers hankering for a fun two-seat roadster do opt for the current Mazda MX-5 model – which has been on sale in the UK since 2015 – they’re unlikely to suffer a breakdown, make unscheduled visits to a garage or be stung with an astronomical repair bill.

‘Contrary to what you might expect, you don’t need a bulky, solid-looking car to get a dependable model, the MX-5 received our full five-star reliability rating,’ the consumer group explained.

‘An incredible 97 per cent of owners reported no faults whatsoever in the year running up to our survey. And for those that did, none of the faults were serious.

‘Breakdowns weren’t an issue either,’ says Which?. 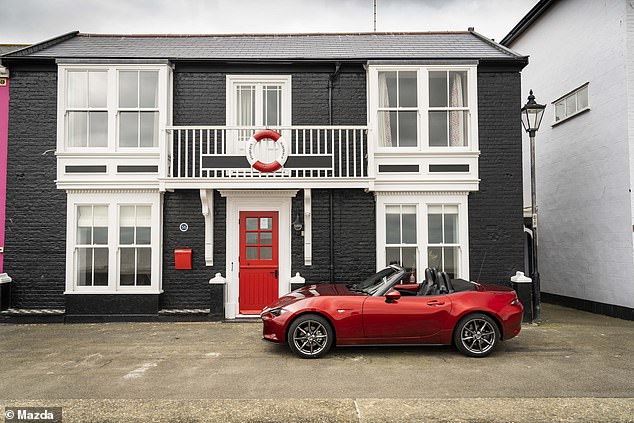 Just 3% of Mazda MX-5 owners said their 0-to-3-year-old car had suffered a problem in the previous year. It was awarded Which?’s full five-star reliability accolade 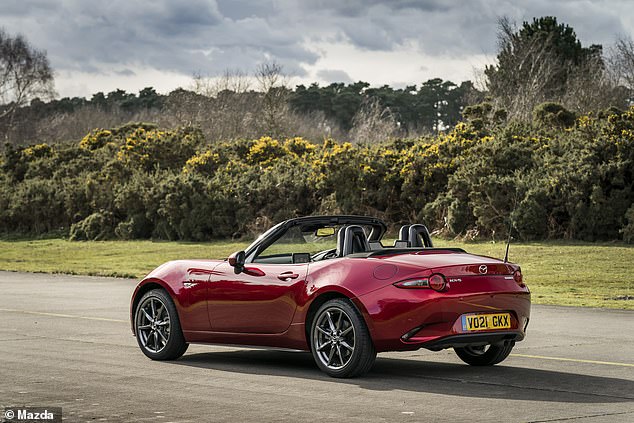 The MX-5 is the world’s best-selling roadster of all time. The current model costs from just over £24,000 new

In total, some 47,013 drivers completed its car reliability survey in 2020, reporting on their experience with a total of 55,833 motors.

This makes it one of the most comprehensive vehicle reliability studies in the UK.

Results of last year’s survey – published by This is Money in September – showed that premium models had scored poorly in the annual reliability poll, with both Land Rover and Tesla receiving criticism from owners.

Commenting on the Which? Most Reliable New Car rating for the MX-5, Mazda Motors UK managing director, Jeremy Thomson said: ‘The MX-5 is Mazda’s brand icon and it embodies all that is great about our products, its fun to drive character has strengthened the bond between Mazda and its customers for over 30 years, so we’re delighted that it’s been named Which? Most Reliable New Car.

‘This is a testament to the engineering efforts that go into creating this sports car and the MX-5’s quality and reliability only adds to its appeal as a real-world affordable sports car.’

He added: ‘The Mazda MX-5 is a sports car that has resonated with enthusiastic British drivers ever since its debut and today’s fourth-generation model remains true to the original principle of being an affordable, lightweight and above all fun-to-drive roadster.’

Gareth Shaw, head of Which? Monday, said: ‘Most people probably wouldn’t associate iconic sports cars with reliability, but our research has revealed that of cars aged 0-3 years old, the Mazda MX-5 is the most dependable new car, with very few owners reporting any faults and no breakdowns at all.’

Tell Which? about your car’s reliability – and you could win £2,500

Which? is calling on drivers to fill in the 2021 Car Reliability Survey, which has only recently launched.

If a car is found to be too unreliable, it can’t be awarded the consumer association’s Best Buy recommendation – regardless of how well it performs in all other tests.

If you want to provide feedback about your experience with the car you drive over the last year, you can complete the survey using this link.