John McCain’s son-in-law caused a stir on Saturday when he posted a cryptic tweet about the Republican Arizona senator, who’s currently battling an aggressive form of brain cancer.

Conservative pundit Ben Domenech, Meghan McCain’s husband, said:  ‘John hugged me tonight. He asked me to take care of Meghan. I said I would.

John McCain’s son-in-law Ben Domenech tweeted on Saturday that the senator had asked him to take care of his daughter Meghan, sparking public concern over the 81-year-old’s health

The publisher of the Federalist deleted the tweet soon after posting it, as reported by AzCentral.

It’s unclear who the ‘soulless crazies’ are, but Domenech had been tweeting about CNN’s Jake Tapper’s new novel as well as President Donald Trump’s failed nomination of Ronny Jackson to lead the Department of Veterans Affairs before he sent out the tweet in question.

McCain’s wife Cindy tweeted on Monday that she and the 81-year-old senator were back home after the war hero’s surgery for an intestinal infection. She said he was in stable condition.

Domenech and Meghan, who wed last November, have said they the senator’s health was a factor in their decision to tie the knot.

In July 2017, McCain revealed that he had undergone a procedure to remove a blood clot from above his left eye at the Mayo Clinic in Phoenix. 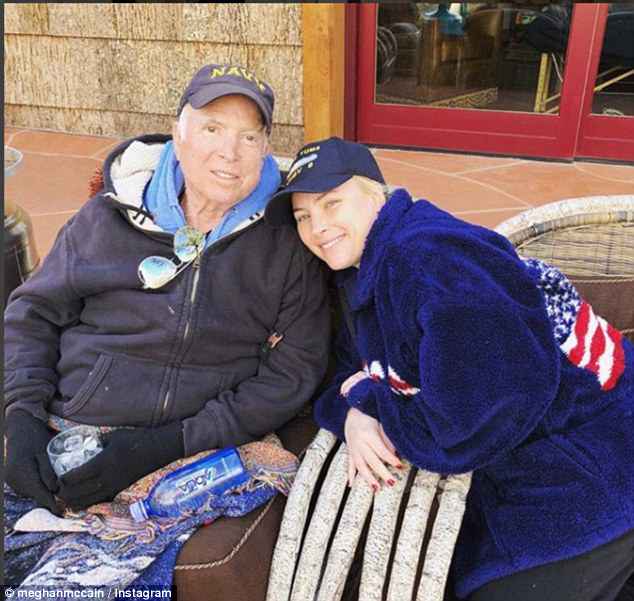 Since being diagnosed with brain cancer last year, McCain has undergone radiation and chemotherapy treatment, while still performing his senatorial duties 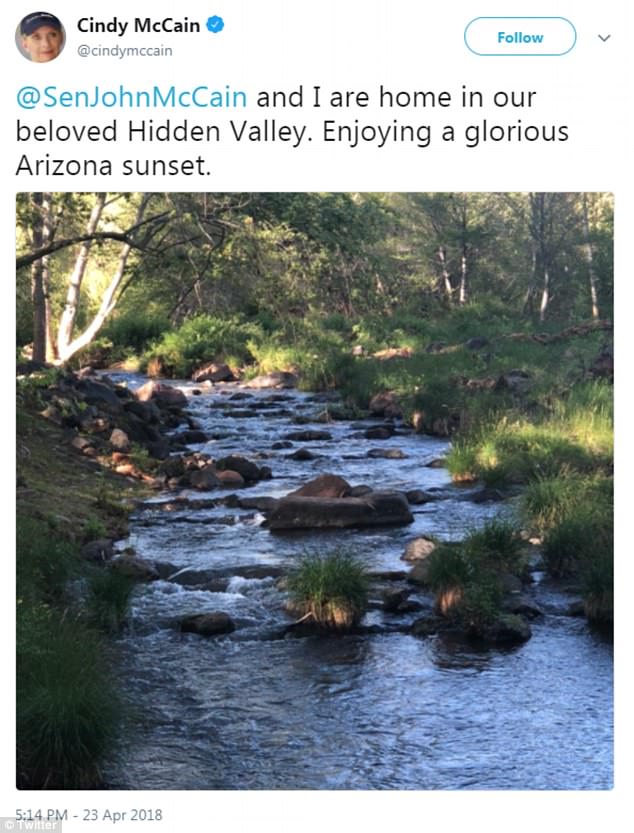 After testing the removed tissue, it was determined that McCain had glioblastoma, a cancerous brain tumor.

The senator has undergone radiation and chemotherapy treatment, while still performing his senatorial duties.

He has been recovering at his home since late 2017 and, according to his office, he has been enjoying ‘frequent visits from his family, friends, staff and Senate colleagues.’