A McDonald’s customer who ordered six chicken nuggets was baffled when she opened the box to find diced onions.

She posted pictures of the unwelcome surprise on Facebook dumbfounded by her the drive-through experienced.

‘Went to the drive-through tonight,’ she wrote.

‘Ordered six nuggets and got this instead. Bloody onions.’

McDonald’s has apologised for the strange mistake. 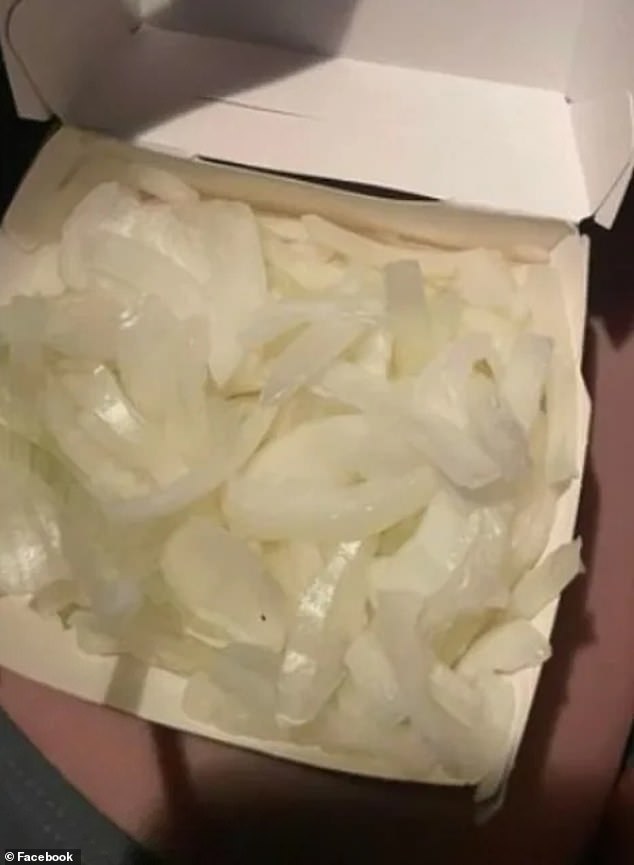 ‘At McDonald’s, we are committed to giving our customers a great experience every time they visit one of our restaurants,’ a McDonald’s spokesperson told Yahoo.

‘Of course, if a customer receives an incorrect order, we will happily replace this for them.

‘We apologise for the inconvenience and encourage the customer to contact our Customer Service team so we can look into it in more detail.’

Oddly this is not the first time onions have taken the place of chicken nuggets this year.

In June Facebook user Billy Allen who lives in the mid-western US state of Indiana posted a picture of a chicken McNuggets Happy Meal box again filled with raw chopped onion.

A commentator said the same thing had happened to his mother. 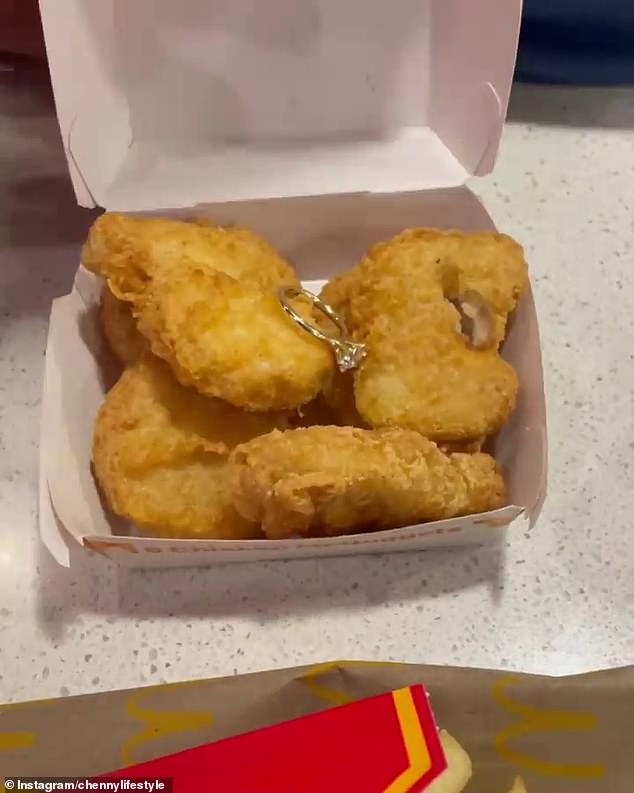 Commenters pointed out that McNuggets were actually preceded by onion rings.

They were introduced as vegetarian menu option in the mid-1970s and trialed in some test markets in the US from 1978 until 1979.

They failed to catch on and were replaced by the chicken variety after that.

Perhaps the best surprise ever found in a box of chicken McNuggets was by US woman Karsyn Long in the US state of Illinois after her boyfriend placed an engagement ring in a box of her favourite snack.

Kristian Helton placed an engagement ring among the chicken pieces and wrote ‘Will you McMarry me?’ on the underneath of the box in 2017.