Conor McGregor’s performance in the megafight against undefeated champion Floyd Mayweather was better than most experts predicted – but it still wasn’t enough for one enraged fan who took his frustration out on his TV.

A video has surfaced on social media showing a man pummelling a television with his fists after UFC star McGregor was stopped by Mayweather in the tenth round of their boxing bout by TKO in Las Vegas on Sunday.

The video shows the man with his fists taped completely demolishing the screen before storming out of the room. 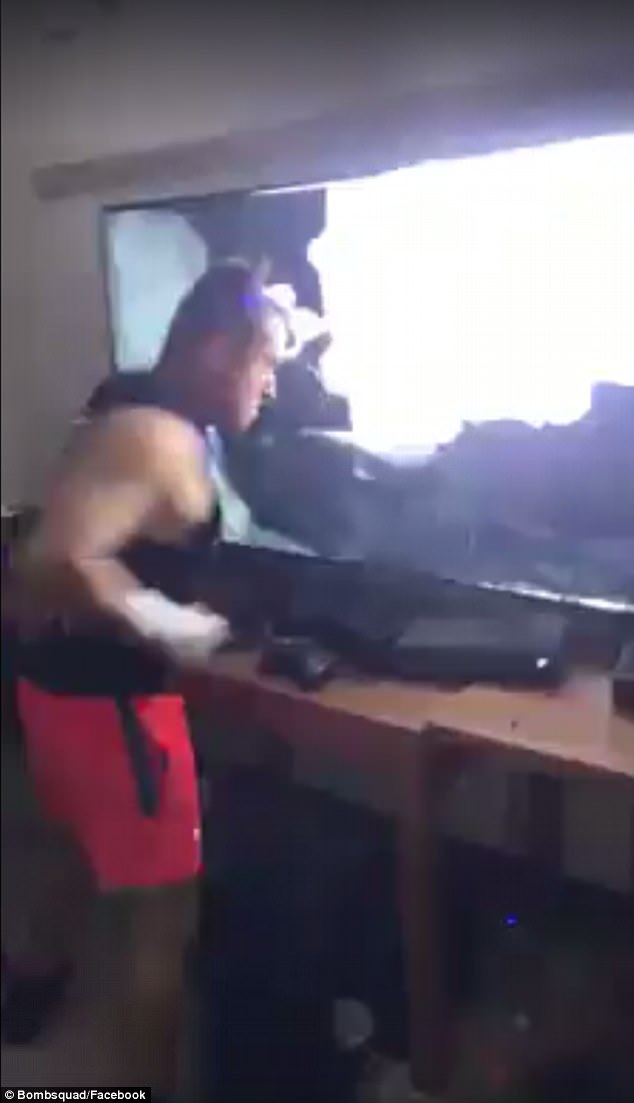 With taped fists, the man pummels the television completely destroying the screen 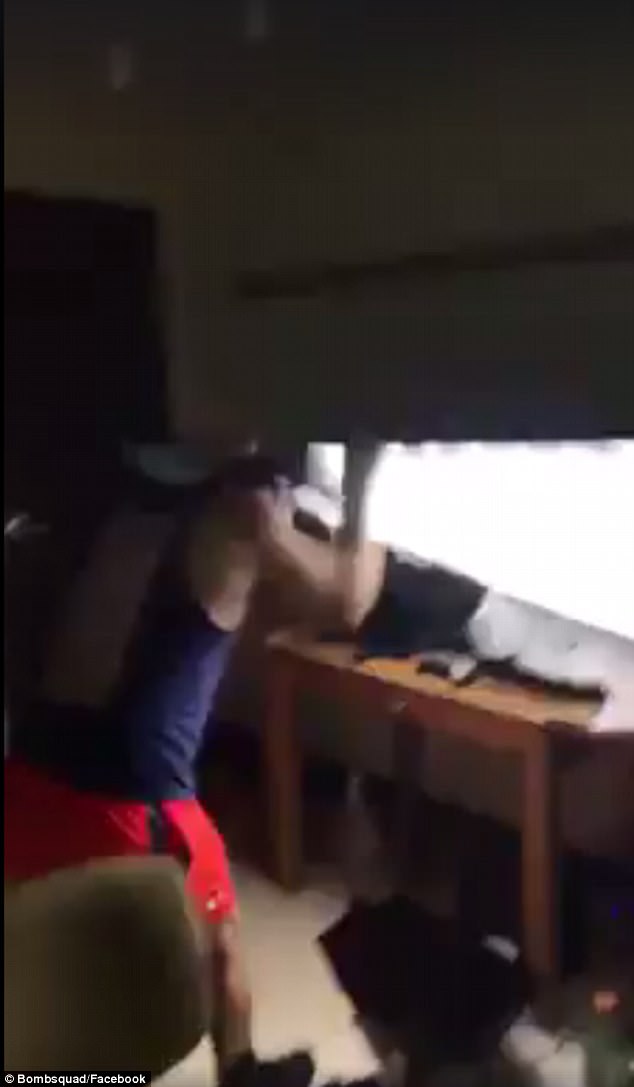 His shocked friends yell ‘oh my God’ in the background while the man vents his anger following McGregor’s defeat, and some of them are shown filming the chaos.

After pulling the TV down and delivering a few final blows to the back of it, the man storms off into another room to calm down.

The man’s incredible outburst may have been due to a lost bet on the charismatic Irishman.

TAB said more than 80 per cent of the $5.5 million wagered on the highly-anticipated title favoured McGregor despite his underdog status.

‘The $50,000 we have taken on Mayweather is the biggest we have had, but even with that sentiment from punters is that they are on McGregor to cause the upset,’ TAB spokesman Nick Quinn said.

Billed as the ‘Fight of the Century, Mayweather vs McGregor was the biggest boxing match TAB had ever given odds for. 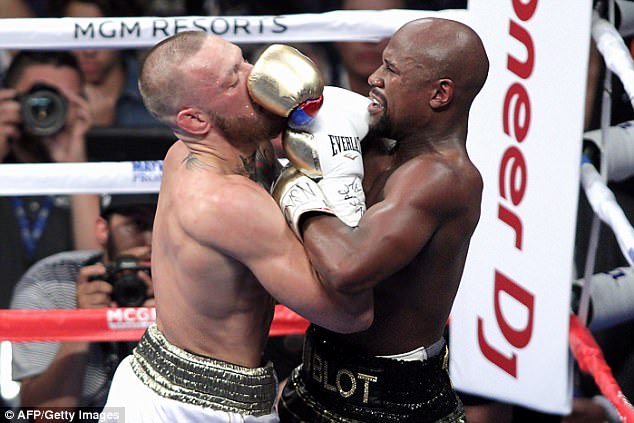 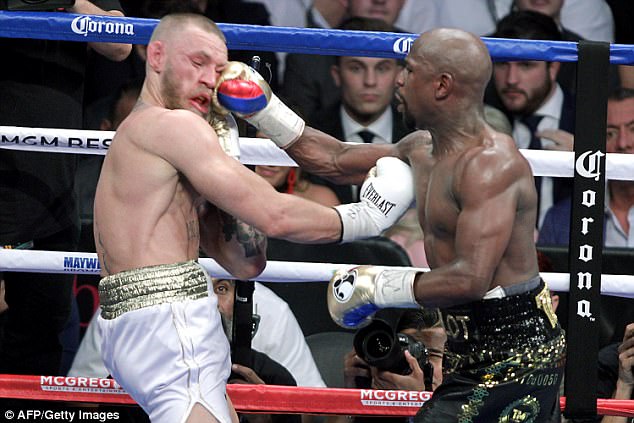