Europe further extended their lead over the United States in the Ryder Cup after Saturday’s morning foursomes.

After a dream afternoon on day one where Europe completed a historic whitewash, day two started just as well, with Europe moving to 8-4.

Rory McIlroy praised his morning partner after he and Sergio Garcia won their match, saying the Spaniard’s ‘fire and passion’ brought him through. 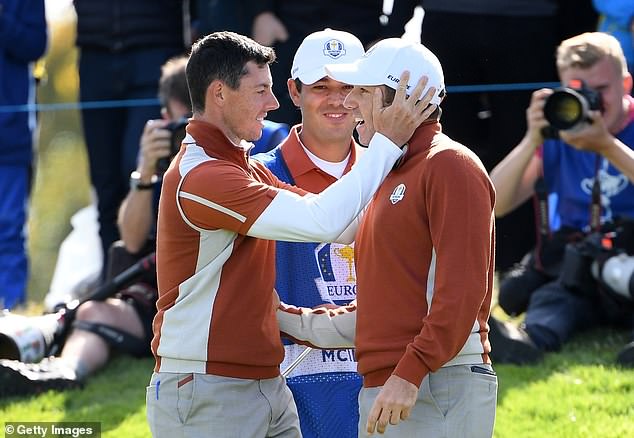 ‘Four up and five to play you are thinking get this over and done with and to be going up 17 is not what you want, but we tried to make best of the situation and that three from Sergio is so clutch,’ McIlroy said.

The European duo began to let their lead slip on the back nine, but managed to secure the victory.

‘We loved coming out here and the fire and passion he has is infectious and it rubs off on me pretty well.’

Paul Casey and Tyrrell Hatton had been eight under par in losing to Justin Thomas and Jordan Spieth on day one but went one better to deservedly get a point on the board, Casey making five birdies in the first six holes and Hatton getting in on the act on the seventh, eighth and 13th. 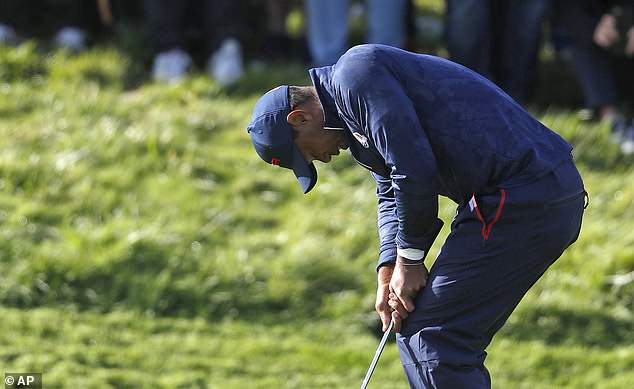 ‘It’s amazing, almost lost for words,’ Hatton said. ‘It’s such a special moment. To be here is an honour and to win a point for the team is very special. It was a Casey express train the front nine; I was just trying to help out when I could.’

Tommy Fleetwood and Francisco Molinari were also extremely solid in their win over Tiger Woods and Patrick Reed, who was looking out of sorts in the morning.

‘We just started riding the wave on the back nine when Fran was playing great,’ said Englishman Fleetwood.

‘It is just incredible the feelings, the highs and lows you feel. We go again this afternoon, that is what we are here for. There is not 14 and a half points on the board yet.’

Molinari added: ‘We knew they would be upset and we were ready this morning. Any time we had to step it up today we did.’

It was just the pair of Ian Poulter and Jon Rahm who weren’t able to get another point for Europe, as Jordan Spieth and Justin Thomas painted at least a small part of the scoreboard red.

Team USA will need to capitalise on that glimmer of hope to find some form this afternoon as they look to get back into the match. European fans will be hoping they don’t.