McLaren turned to the history books as they released their last F1 car ahead of the 2018 season.

The striking MCL33 will be among the most eye-catching on the grid having drawn direct inspiration from the team’s iconic papaya orange and blue colour scheme that McLaren first raced with 50 years ago.

Much of the developments on the MCL33 have been optimising the new Renault engine – the team have moved away from the Honda they used previously – and the incorporation of the new halo device, vilified by Mercedes boss Toto Wolff on Wednesday. 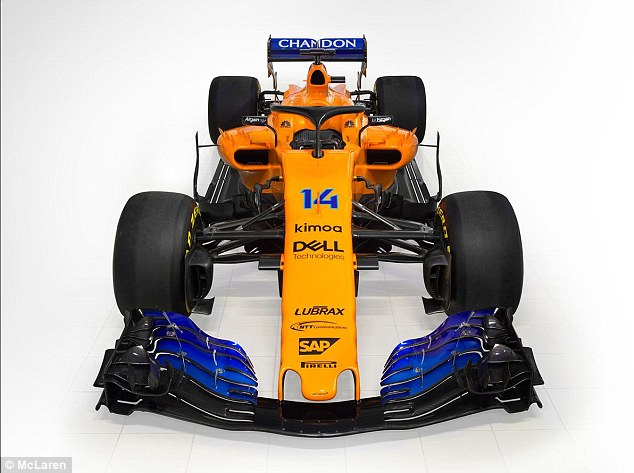 In an early morning release through their social media channels, McLaren showcased the car in a high-energy video titled: ‘Inspired by our history, driven by our future’.

Double world champion Fernando Alonso and rising star Stoffel Vandorne make up the team’s driver line-up for the upcoming season and both are exciting to begin testing of the new car in Barcelona starting on Monday.

‘I know just how important this car is to the team, and I just hope that it delivers in the way we all want it to. 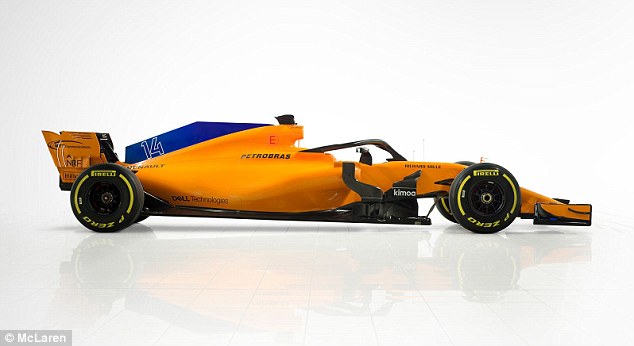 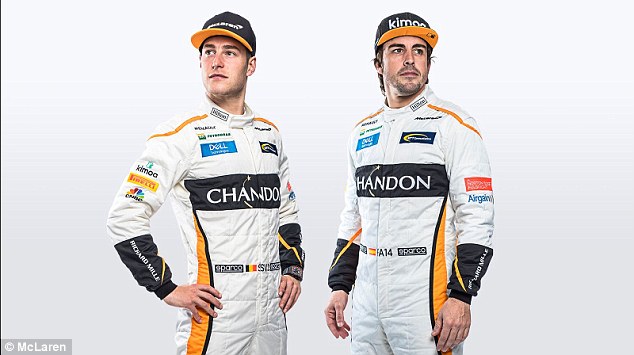 ‘If we’re able to develop the key strengths of last year’s chassis and marry it to an improved Renault power unit, then I think we’ll be able to take a step forwards.

The car certainly looks very neat and well thought-out, and I think the new colour looks really great; really eye-catching. I just want to get behind the wheel now!’

Twenty-five-year-old Belgian driver Vandoorne, who is embarking on his second season in F1, echoed the sentiments of his experienced team-mate in that there is mounting pressure for the car to be a success.

‘The arrival of a new car is always one of the most tense and exciting moments of the season,’ he said.

‘For everyone at McLaren, this is an important car; we all know exactly how much rests on it being successful, and we’re all extremely keen to see just how well it performs when we start testing it next week.’