McLaren have given fans their take on what the future looks like as they presented a futuristic race car that can take to the tracks in 2050.

McLaren Applied Technologies, the sister company of the Formula One team, worked extensively gathering opinions from fans of the sport and now present the 2050: the MCLExtreme which features an on-board artificial intelligence co-pilot, an electric battery that can be folded away and self-healing tyres.

The work done by MAT encapsulates more than just the race car for the drivers in three decades time. They have also extensively given their thoughts on developments in driver human performance, racing tracks of the future and the fan experience we can expect to see in 2050.

McLaren have unveiled to fans their exciting take on the future of Formula One in the form of the 2050: the MCLExtreme 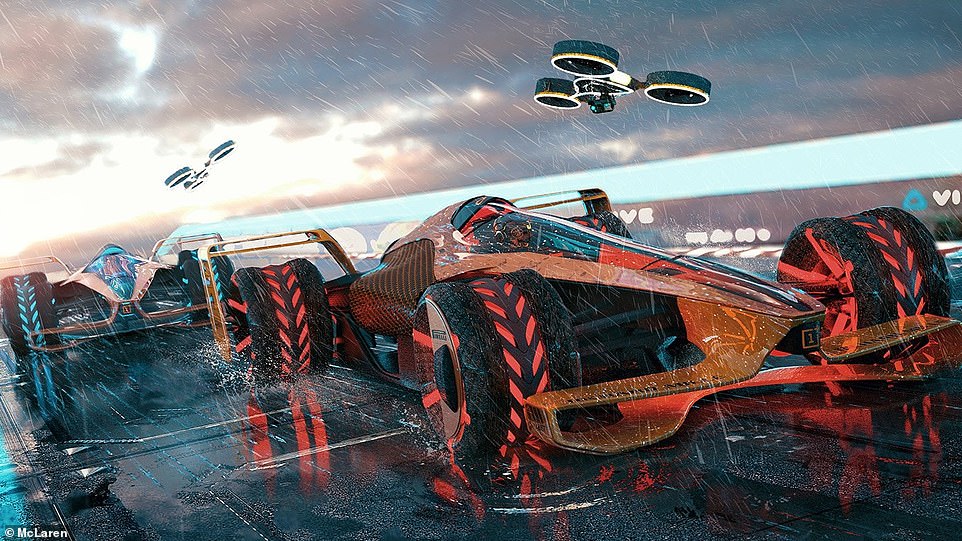 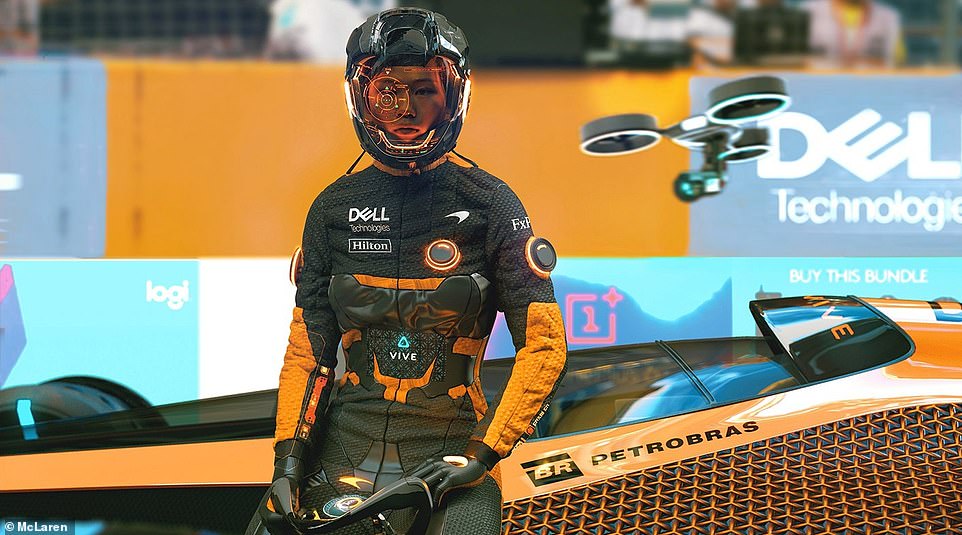 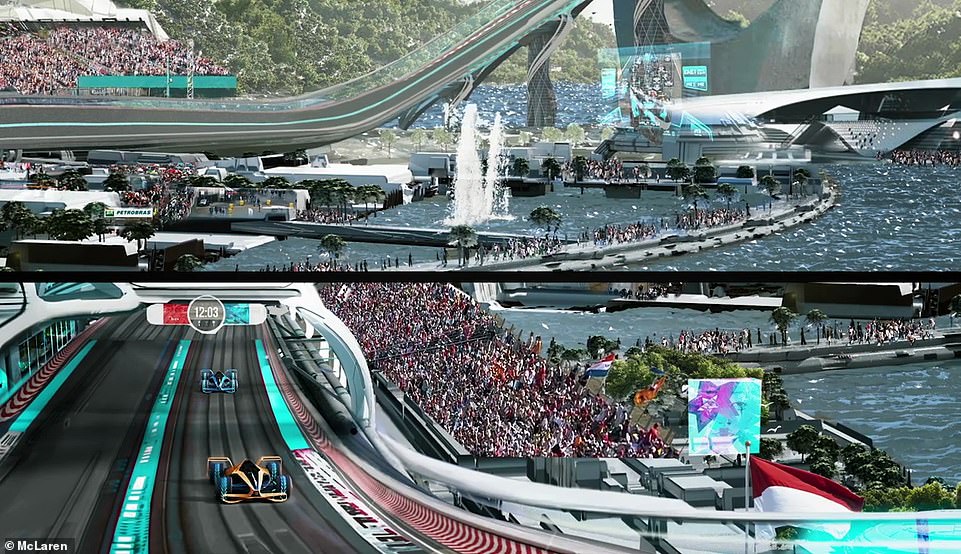 In an extensive breakdown of the various elements that the MCLExtreme includes, fans raved given it is a 500km/h rear-wheel-drive electric car powered by a ‘foldable battery moulded to the aerodynamic package’.

This is not a new venture for McLaren having teased fans with futuristic designs back in 2015 when they released images and designs for its MP4-X.

Technology continues to evolve at a rapid rate but the notion of flying race cars was soon quahsed by both fans and engineers. 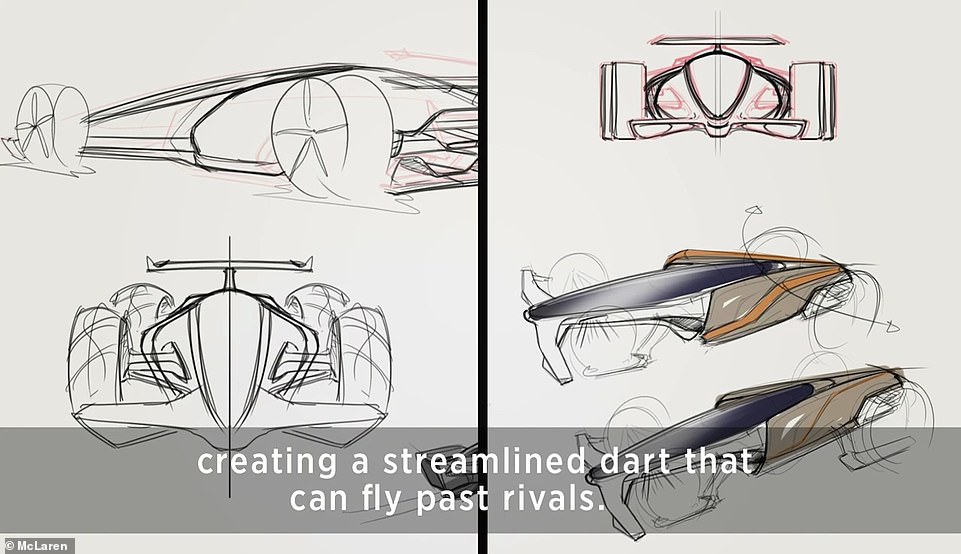 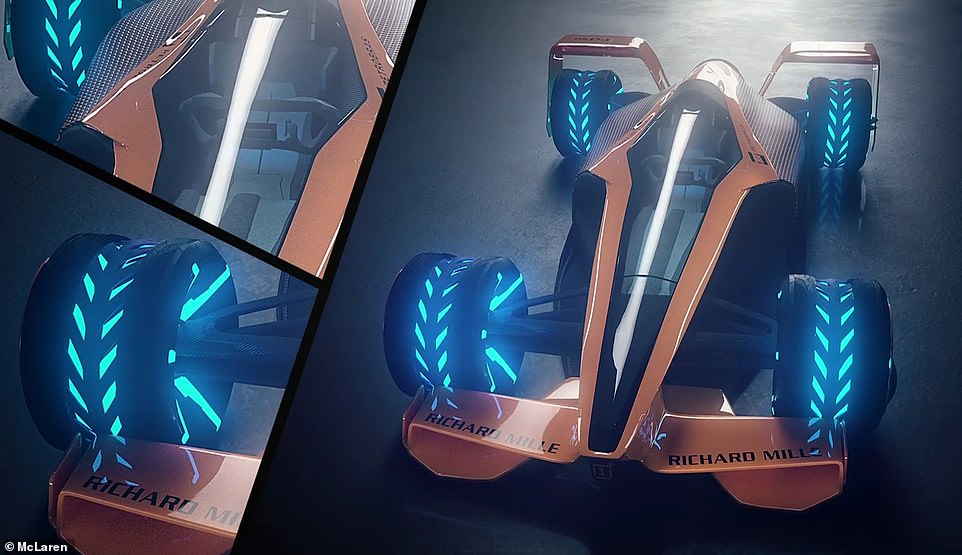 ‘If you think drone sightings at airports cause wide-scale disruption, well… you know the rest. With the emergence of high-speed underground transportation portals, such as Virgin Hyperloop One, building underground networks that shift large volumes of traffic in less time is more probable.

‘This is in keeping with the desires of the fans we spoke to, who believe flying race cars are the antithesis of grand prix racing.’

But with cars getting faster, a fascinating feature on the latest design sees contractible side-pods that alter depending on the natural conditions. 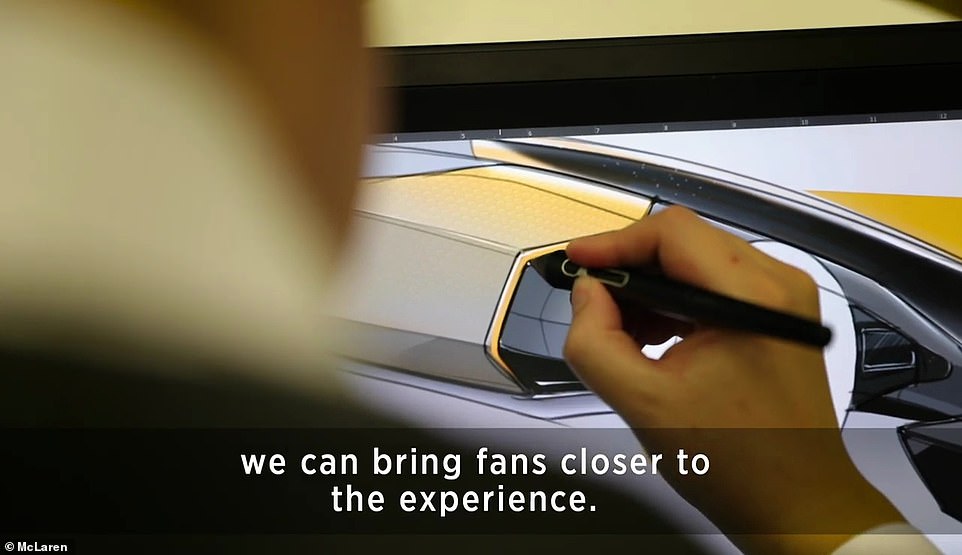 ‘Taking inspiration from nature, the MCLE features sidepods that expand and contract like the gills of a great white shark,’ McLaren added.

‘They turn it into a 500 km/h bullet on the straights, but expand as the car enters braking zones and corners to provide stability and control.’

Artificial Intelligence is likely to prove one of the biggest advancements in the sport moving forward with on-board assistance potentially making radio communications with engineers redundant.

The statement continues: ‘Drivers may be connected to AI via a symbiotic link in the helmet and sensors within the race suit. The AI learns and predicts the driver’s preferences and state-of-mind.

‘It provides real-time race strategy and key information via a holographic head-up display – but more than that – it understands the driver’s mood and emotional state, tailoring advice based on the physiological and psychological feedback it receives.’ 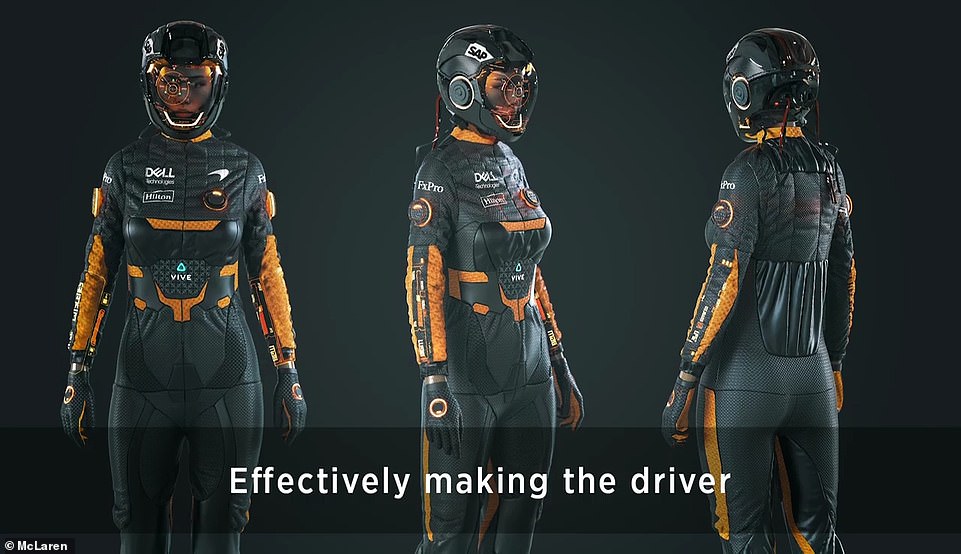 ‘In the future we could get to the point where human ingenuity is replaced with an AI algorithm,’ explains Karl Surmacz, Head of Modelling and Decision Science at McLaren Applied Technologies.

‘Machine learning would see human preferences and decisions, as well as our domain expertise and instinct, captured.

‘Take enough examples of our creative processes and outcomes, and this could be codified into an algorithm which would enable AI to make creative decisions consistent with those of a human counterpart.’

With plans in the UK to have UK all new cars with ‘effectively zero-emission’ by 2040, this makes up a key part of the latest designs, too.

Tracks are another area of constant discussion with new countries pitching all the time to bring F1 to their nation.

Transparent roofs and adaptable race tracks depending on conditions are just two of the suggestions that have emerged from McLaren’s findings.