McMafia: a show about the McDonald-isation of crime

There is a moment in an early episode of McMafia that chills the blood. A spine-tingling sequence, fraught with tension, pregnant with consequence, it happens when the central character first engages with serious misconduct. But Alex Godman, superbly played by James Norton, does not point a gun at anyone’s head, nor does he threaten, cajole or even make them an offer they cannot refuse. Instead he does something seemingly innocuous: he presses a key on his computer. And with that keystroke, as a sizeable payment is sent spinning off to a place it really should not be heading, we see Alex becoming a very modern type of criminal.

‘It’s a really dramatic thought: click a mouse and it can cause so much damage in another part of the world,’ says Norton, who, after magnificent turns in Happy Valley and Grantchester, is rapidly becoming television drama’s go-to leading man. Indeed, when we first we first see him in McMafia he’s wearing a tuxedo, which has led some to speculate about his ambitions to be the next 007. ‘I did warn the writers about that,’ Norton says of the scene, before attempting to quash the rumours. ‘Personally I am just grateful Daniel Craig has agreed to do the next one or two… or maybe even five.’

Across eight hour-long episodes, McMafia spins a multi-layered tale of corrupt politicians, money-laundering, counterfeiting and human trafficking, bringing us close to this new criminal order. In a giddying world tour, it takes in more locations than any BBC drama series has ever done before, visiting 12 different countries, filming in places as varied as the Egyptian desert, the Mumbai docks and Moscow’s Red Square.

This is the McDonald-isation of crime, the seemingly irresistible rise of the McMafia, in the phrase first coined by veteran BBC reporter Misha Glenny, whose 2007 book of the same name revealed the manner in which modern mobsters are spreading their tentacles across the globe. Glenny spent two years interviewing the world’s leading criminals. And what he found was that their way of doing things was subtly shifting before his eyes. ‘At the heart of traditional organised crime has long been the threat of violence,’ he says. ‘But that all changed with the internet and the ability to move money at the touch of a button. Cyber crime fundamentally altered the rules. The new criminals ruling the world are not traditional heavies. Because on the internet you don’t need to deploy the same level of violence. Instead you can do it from the safety of the boardroom.’ 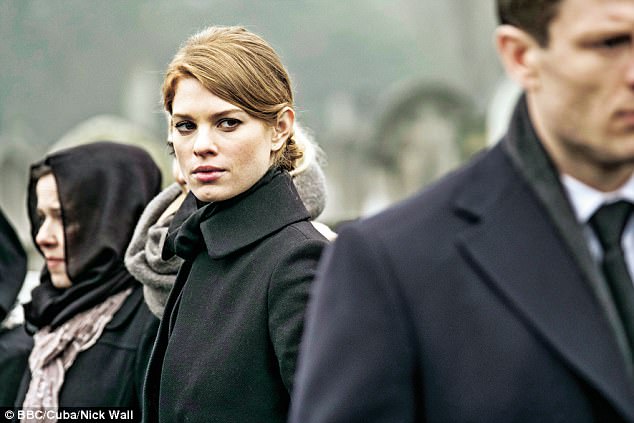 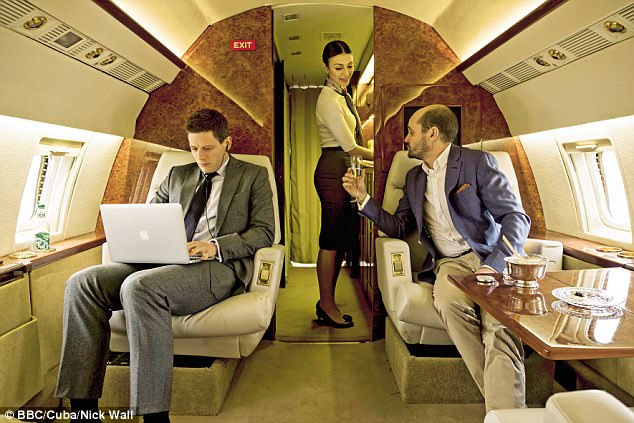 Norton with David Dencik as Boris Godman. The new criminals ruling the world are not traditional heavies

It was this sense of a criminal world in a state of modernising flux that so appealed to the director James Watkins. Together with his scriptwriting partner Hossein Amini, he reckoned Glenny’s book was ripe for translation to the screen. ‘Misha got in a room with these people. He put a face on the new criminal world order,’ says Watkins. There was just one problem: Glenny’s book was non-fiction. So the pair set to work fleshing out a plot and creating characters to inhabit the real world of crime he had uncovered.

The drama tells the story of Dimitri Godman, Alex’s father, and his mother Oksana (played by Aleksey Serebryakov and Maria Shukshina, the Jack Nicholson and Meryl Streep of Russia, according to Watkins). Some years before we meet them, they had been driven by a rival Russian gang boss into exile in England. Living in morose, vodka-infused purposelessness, still under threat from their Moscow-based nemesis, the couple had done what Glenny observed was a characteristic of the modern successful gangster: they put their children through a classic English education.

‘It is reputation-laundering,’ Glenny says. ‘But on a generational scale. You get your kids out of the milieu you grew up in, use your dirty money to turn them into upstanding members of society, doing legitimate things.’

The Alex we meet at the start of the series appears poised, confident and exudes persuasive old-school charm, with an English rose of a girlfriend and running a hedge fund from a chic Mayfair office. His hands appear as clean as his recent shave, his transactions ethical, his purpose strictly above board. But all is not quite what he seems. 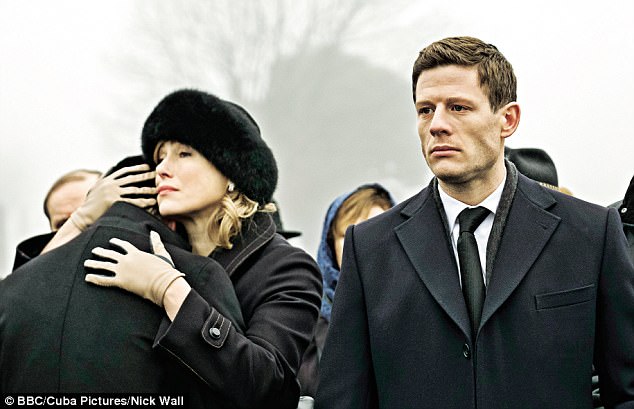 Norton with Maria Shukshina as his mother Oksana. This is the McDonald-isation of crime, the seemingly irresistible rise of the McMafia

‘He is a man inhabiting the greyest of grey areas,’ says Norton. ‘And as the series progresses you will see how far he journeys into the dark side. For me, he is a metaphor for the City of London as a whole. We like to think we in this country are squeaky clean, incorruptible. But so much dealing goes through this city, money coming in from around the world from who knows what sources. And Alex finds himself on a precipice, faced with a terrible choice of which way to jump.’

Alex is confronted by a sudden, unexplained haemorrhage of investors’ capital. And as the plot unfolds it becomes apparent that he has been unwittingly embroiled in a struggle among the new international power brokers of money and crime. He is faced with a dilemma: either resist and face ruin or embrace his new circumstance and address the consequences.

It is in the decision to embark on a partnership with a billionaire Israeli politician named Semiyon Kleiman (David Strathairn) that Alex first demonstrates his new direction.

‘He’s one of those guys that you find a little slick of oil on your palm after you’ve shaken hands with him,’ says Strathairn. ‘The successful in this modern criminal world are the ones like him who stay behind the veils and work in a closeted way.’

‘There’s no doubt he begins to revel in the power, the money, the excitement that brings,’ Norton says of Alex. ‘It’s an immense seduction. He tries to persuade himself he is acting out of the best intentions, but the fact is he loves it. That is what has made him so enjoyable to play: this is as compromised a character as you will see on the screen.’

His father’s attempt to equip Alex for legitimacy has the unintended consequence of making Alex a formidable entrant into the new landscape of international crime. Inherited ruthlessness married to educated sophistication: what we are watching is the emergence of the 21st-century Godfather. 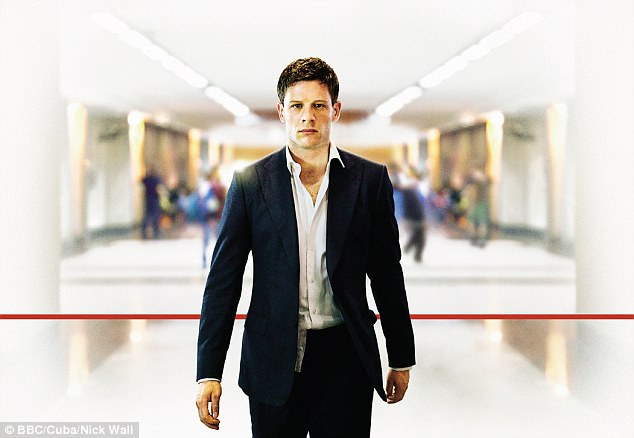 Inherited ruthlessness married to educated sophistication: what we are watching in McMafia is the emergence of the 21st-century Godfather

‘Unlike Michael Corleone there’s a softness and likeability about him,’ says Amini. ‘But however much the circumstances change, there’s nothing new in the exercise of power. Alex’s rise was all about people underestimating him.’

According to Glenny, this is what makes the new McMafia criminal so dangerous: the threat he poses is disguised by a veneer of legitimate success. ‘For all the yachts and jets and apartments there’s nothing glamorous about this,’ he says. ‘You have to remember, organised crime is parasitic. It doesn’t add anything to our lives, it just extracts. And invariably it corrupts the agents of state, the police, the customs, the politicians. Are we going to allow these criminals to become the defining element of our society? Or are we going to fight back? I don’t think it’s an exaggeration to say we are embarked on a battle for our souls.’

And over the next eight weeks we will see who is winning.

‘McMafia’ begins on New Year’s Day at 9pm on BBC1