Some 47 confirmed cases of the life-threatening infection have been reported in the West Midlands.

And 35 people have now been struck down with measles in West Yorkshire, 29 in Cheshire and Liverpool, 22 in Surrey and seven in Greater Manchester.

The figures, released by Public Health England, have prompted officials to urge parents to ensure their kids are vaccinated against it.

Dr Mary Ramsay, head of immunisation at PHE, believes the outbreak could be down to travellers coming back to the country from Europe.

Italy, Germany and Romania are all currently being rocked by epidemics of measles, which is a highly contagious viral infection.

She added that in order to avoid an epidemic in the UK, parents should vaccinate their children against measles, mumps and rubella (MMR).

However, measles vaccination rates in children have been dropping consistently in recent years – and are now below recommended levels.

Dr Ramsay said: ‘The measles outbreaks we are currently seeing in England are linked to ongoing large outbreaks in Europe.

‘People who have recently travelled, or are planning to travel to Romania, Italy and Germany and have not had two doses of the MMR vaccine are particularly at risk.’

‘This serves as an important reminder for parents to take up the offer of MMR vaccination for their children at one year of age and as a pre-school booster at three years and four months of age. 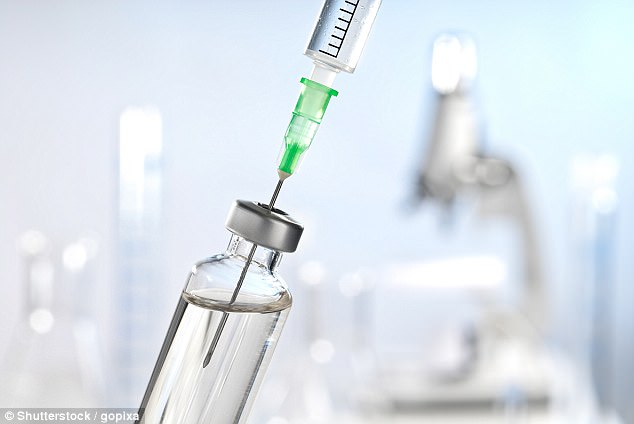 ‘Children and young adults who missed out on their MMR vaccine in the past or are unsure if they had two doses should contact their GP practice to catch-up.’

The outbreak comes just months after European health leaders declared that the ‘elimination’ of measles had been achieved in the UK.

WHAT IS MEASLES AND HOW CAN YOU CATCH IT?

Government officials announced their ‘delight’ at the ruling, by the European Regional Verification Commission.

The elimination of measles or rubella can be verified once a country has sustained ‘interruption of endemic transmission’ for at least 36 months.

Only 91.9 per cent of children were vaccinated against measles between 2015 and 2016, according to NHS immunisation statistics.

Slowing rates could be down to disgraced gastroenterologist Andrew Wakefield’s theory in 1995 that the MMR vaccine is linked to bowel disease and autism.

His controversial study, which was published in The Lancet, has since been retracted and his views have been widely discredited.

The WHO warned last year that measles was spreading across Europe in regions where vaccination rates are low, mainly Germany, Italy and Romania.

Data from the European Centre for Disease Prevention and Control showed there were 19,000 measles cases between January 2016 and November 2017.

The highest number of cases in 2017 were reported in Romania, where 7,759 people suffered, followed by Italy with 4,775 cases and Germany with 898 sufferers.

The outbreak across the EU led to at least 46 deaths.