The cases are all within one family, with two people infectious during a return flight from Singapore to Melbourne.

They immediately sought medical attention after arriving at Melbourne Airport on the morning of November 15.

Anyone on that flight or at the terminal between 6.10am and 8.40am on Tuesday should monitor for symptoms until December 3.

The three passengers landed at Melbourne Airport on November 15 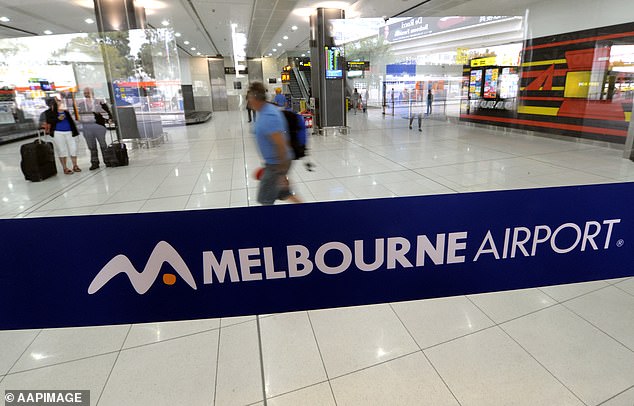 Those who become symptomatic should seek medical care but wear a mask and call ahead to ensure they are isolated from others.

Measles usually begins with common cold-like symptoms such as a runny nose, red eyes and a cough, followed by fever and a rash.

The characteristic measles rash usually begins three to four days after the first symptoms, generally starting on the face and spreading to the rest of the body.

Young children and adults with a weakened immune system are most at risk of serious illness, Victoria’s deputy chief health officer said.

‘People can develop pneumonia and other serious complications from the measles and often need to be hospitalised,’ Associate Professor Deborah Friedman said in a statement.

‘Please seek medical attention right away if you notice any symptoms, especially if you have recently returned from overseas.’

Five measles cases have been reported in Victoria since January 2022.

Recent previous measles cases have been identified in people who are not fully immunised against the illness and have travelled overseas or been in contact with returned travellers.

Anyone planning overseas travel should ensure they have received all appropriate vaccinations.