Meat vs. Grain: What Should Humans Eat? 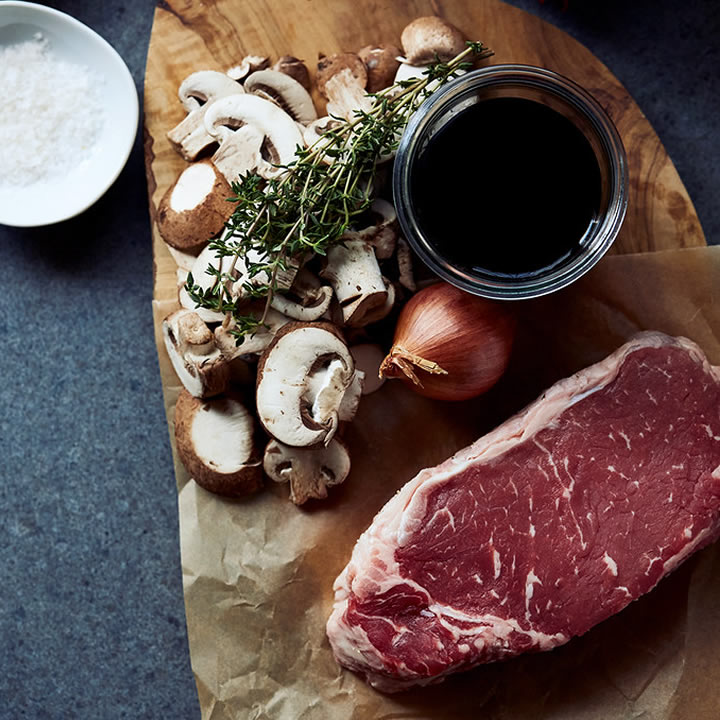 For a long time, two diet camps have existed in the fields of nutrition and medicine.

One side argues that agriculture provides humans with a steady supply of food that feeds hundreds of millions of people around the world. Grains should be the main source of energy for humans, which promotes the progress of human civilization.

On the other hand, scientists who study the diet of our ancestors believe that fatty meat is the staple food of humans because the fat in meat hastened the evolution of human brains and supported our ancestors to reproduce in the cold prehistoric environment to this day.

Impact of grain on human health

The rise of agriculture in human society is often called the beginning of advanced civilization in history. But does agriculture really improve our overall state? Or did it bring us a heavy blow instead?

Agriculture enabled humans to settle in a certain place and then developed villages and cities, ending the era of hunting and gathering and allowing populations to gather.

Starch food can provide humans with a stable food source, make up for the uncertainty of hunting, feed more people, and promote livestock breeding. Only when humans solve the problem of food sources can they develop language, technology, and culture with peace of mind.

The emergence of agriculture has changed every aspect of human life, but these changes are not all good.

Studies of prehistoric humans have found that accidents and infections were the biggest causes of death for our ancestors. In other words, once our ancestors can escape the call of these two gods of death, their survival rate will be greatly improved.

Diseases caused by lack of nutrients that eventually lead to death were rarely seen in the ancestors.

Since the human lifestyle has gradually changed from hunting and gathering to farming and animal husbandry, the health and life span of our ancestors have suffered a series of impacts.

The farming lifestyle leads to a dense population that can easily cause the spread of infectious diseases. Human beings are less able to tolerate famine. We’ve become so dependent on crops that we’ve lost the ability to mobilize fat for energy.

Most seriously, the nutritional status of humans has been dramatically reduced.

People who eat grains as a staple food often suffer from a host of diseases related to vitamin and mineral deficiencies:

Moreover, after the agricultural society, the occurrence of birth defects and degenerative diseases became more and more common.

The benefits of the paleo diet

The biggest difference between the paleo diet and the modern diet is the intake of grains.

Our hunter-gatherer ancestors rarely had access to eating large amounts of grains, and research from the coupon site – CouponBirds now suggests that a gluten-free paleo diet can alleviate the symptoms of some autoimmune diseases.

Such as celiac disease and Hashimoto’s thyroiditis.

In order to extend the shelf life of food, food manufacturers not only add preservatives but also remove certain nutrients that will shorten the life of food. 90% of the food on supermarket shelves is probably made of these genetically modified foods that are not nutritious and loaded with a lot of chemicals.

You will get enough essential fatty acids, such as DHA, by eating meat. The omega-3 fatty acids in the human brain are mainly DHA, which accounts for about 1/4 of the entire brain volume, playing a vital role in the function of the brain.

Wild-caught fish and natural grazing meat are the best sources for us to obtain DHA.

Salmon rich in DHA is often advertised as the best food for infants.

Why should humans reduce grain intake?

One study showed that a high cholesterol level is essential for myelin membrane growth, which allows neurotransmitters to travel efficiently between nerve cells.

This is why physicians often use a ketogenic diet as a treatment for many neurological disorders.

If you eat grains as your staple food for a long time and stay away from meat with saturated fat, your brain and nerve cells cannot get the nutrients they like, and the probability of developing neurodegenerative diseases such as Alzheimer’s disease will increase.

There is a substance in plants called phytic acid, which can reduce our absorption rate of plant minerals. Gluten, the protein in grains, cannot be absorbed and utilized by the body at all.

Anthropologists have found that humans began to have a gene that can produce amylase in large quantities about 200,000 years ago, which appeared too late in our million-year evolutionary history.

We should rethink, does the agricultural history of fewer than 10,000 years really represent progress?

Our bodies have undergone millions of years of evolution. We lived by hunting, evolved exquisite brains, and developed industries. Is it to produce a large number of starchy foods that have only energy but less nutrition?