Russian hackers have released the largest trove of Medibank data yet with the personal information of thousands of Australians posted on the dark web.

The hackers demanded a $15million ransom, which Medibank refused to meet.

Since then, the hackers have been slowly releasing batches of private information and say Wednesday’s release is their final one – and biggest yet.

It is believed the data of tens of thousands of Australians was released with the leaked folder reported to include six files totalling 6.5 gigabytes – overwhelmingly larger than the previous dump of 6400 megabytes.

About 9.7 million current and former customers are believed to have been affected by the data breach

November 30 is ‘International Cyber Security Day’, an ironic occasion for the hackers to post the data.

Currently, the information has only been released on the dark web but its expected to make its way onto the internet soon.

All Medibank customers are advised to remain hyper-vigilant to scams via text, phone and email.

They have been urged to not pay any ransom or engage with any scammer claiming to have their information. Instead, they should be reported to Scamwatch.gov.au.

‘What I can say from the point of view of my responsibilities is that if people think that any government ID has in any way been breached… contact us.’

Hundreds of names, addresses, birthdates and Medicare details were posted under a ‘good-list’ and ‘naughty-list’ on a blog belonging to the hackers earlier in November.

It included 500 records for people who have had diagnoses of mental illness, among other medical conditions. 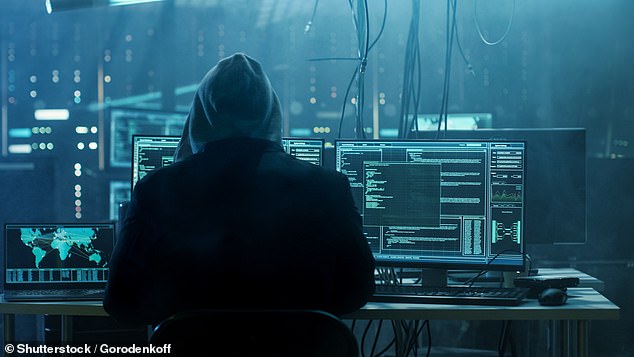 The hackers demanded a $15 million ransom, which Medibank refused to meet 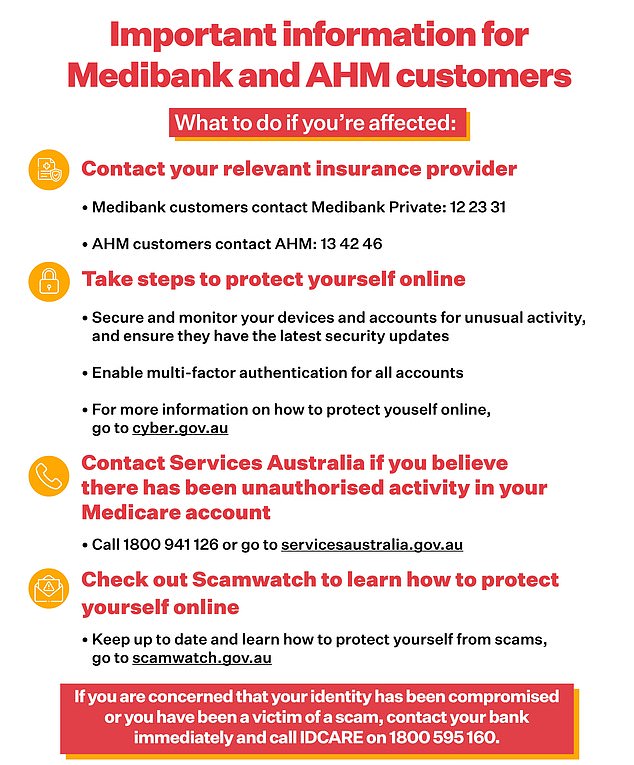 ‘We will continue to support all people who have been impacted by this crime through our Cyber Response Support Program,’ he said.

Australia’s Home Affairs minister previously issued a list of urgent instructions to Medibank customers on the best ways to protect themselves from identity theft.

Customers were urged to contact their insurance providers, and secure and monitor their devices and accounts for any ‘unusual activity’.

They should also ensure their devices have the latest security updates.

‘Enable multi-factor authentication for all accounts,’ the minister’s post read.

Customers have also been urged to visit Scamwatch to learn how to protect themselves online.

Those who suspect their details have been compromised are urged to call their banks and IDCARE on 1800 595 160.