Medical workers across Victoria are calling for hospital parking to be free so they can avoid the risk of catching coronavirus on public transport.

Hospital staff are slugged with huge fees while working around the clock keeping patients alive and cheaper car parks close with Stage 4 restrictions.

Many more are driving to work than ever before as they fear taking public transport could expose them, and patients, to the deadly virus.

Melbourne nurse Paige Wilson has started a petition to Premier Daniel Andrews to make parking for medical workers free across the state.

‘Myself and my colleagues are gravely concerned about traveling on public transport whilst community transmission is so high,’ she said.

‘Particularly in Melbourne, a lot of car parks are closing and my colleagues and I are wondering where we can park from now on without it costing a fortune. 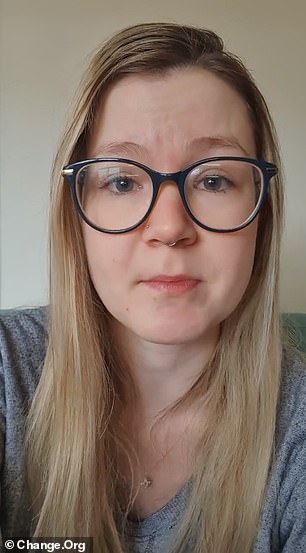 ‘We just want to keep our patients and the community safe.’

Hospitals rake in tens of millions of dollars a year in profit from their car parks, which at Melbourne’s biggest hospitals jumped 25 per cent in three years.

Staff are often given discounted rates, costing $99 a fortnight at Royal Melbourne Hospital, but add up over the year.

Parking inspectors are still out in force across the Melbourne CBD issuing fines despite Stage 4 restrictions banning all non-essential work.

Daily Mail Australia watched teams of flouro-wearing inspectors fining the limited number of Melburnians who actually had a reason to be in town.

On Monday, they had attached $83 fines to car after car along the Flagstaff Gardens near the CBD’s court precinct.

Round the gardens themselves, the only people appearing to get any exercise were the police and their team of soldiers, who continued to march about the city.

Daily Mail Australia watched parking inspectors fine a delivery van, which had parked too long in a 10 minute zone.

They walked up and down William Street, along Lonsdale, Queen and Collins streets fining motorists.

One man could hardly believe his eyes when he saw a ticket on his windshield. 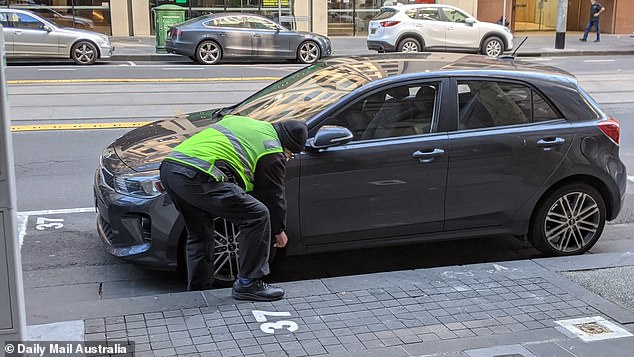 ‘I mean what the hell,’ he said as he peeled the fine from under his wipers. ‘There is no-one in the city. It’s a ghost town except for these blokes.’

‘I don’t know how these guys are essential,’ one worker told Daily Mail Australia after he was fined last week.

In April, exhausted nurses who were forced to work overtime to care for patients battling coronavirus had their cars towed and were given parking fines.

Sam Cameron was just one of many nurses forced to pay $425 after finding their cars had been taken away by the Melbourne City Council after finishing a shift.

She said the street she had parked on was virtually empty and she had planned to be back before 4pm when the clearway started.

But after staying back late to work, she returned to see her car was gone and the fee of getting it back would cost her more than her day of work. 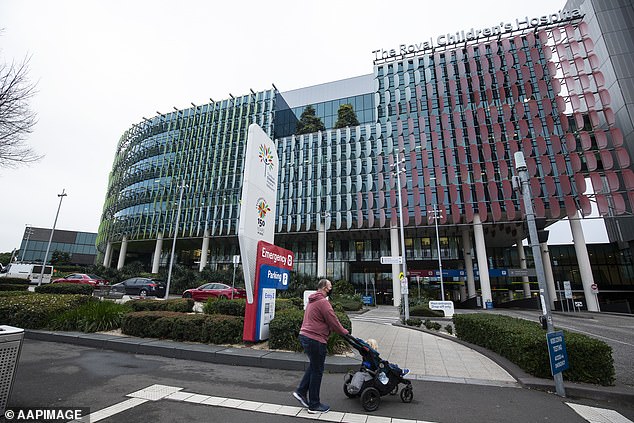 Hospitals rake in tens of millions of dollars a year in profit from their car parks, which at Melbourne’s biggest hospitals jumped 25 per cent in three years

Ms Cameron said when she arrived to collect her car, a string of other health care workers were waiting as well, still in their scrubs.

Her fine was later overturned on appeal by the council.

More than 1,000 of Victoria’s more than 8,000 active cases are medical workers infected on the front lines.

Public transport, with reduced services but still relied upon by essential workers, is one of the more risky environments for catching the virus.