Mary Berry will be back on screens judging amateur cooks’ food once again next month – but not on the Great British Bake Off.

Instead she will be one of three judges on new BBC series Britain’s Best Cook, which airs from May 3, where contestants will compete against each other in a format remarkably similar to the famous baking show which moved from the BBC to Channel 4 last year.

This time Mary Berry will be joining produce expert Chris Bavin and chef Dan Doherty, as well as presenter Claudia Winkleman, instead of Paul Hollywood as they judge elevated home cooked dishes.

With a 999 operator, a cancer research technician, a farmer, a Filipino-born cook who never follows recipes and a range of ages from a 27-year-old wine consultant to a 59-year-old retired shop keeper, the first ever contestants are set to be just as diverse as the eager GBBO bakers.

But unlike the Bake Off, they may not be as kindly to each other as these contestants will live together in a shared X Factor-style house for the duration of the show. 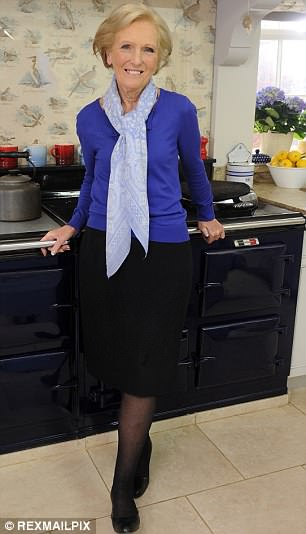 Viewers can expect to see all cuisines represented on the new cooking show, with Welsh, Nigerian, Filipino, Slovakian and classic British heritages represented.

Quirky characters include a grey-haired 29-year-old Slovakian woman known as ‘Q’ who uses her mother’s knife to cook every dish she makes with.

There are two contestants who work in fields related to healthcare, with a children’s A&E nurse and an oncology research technician, as well as a civil servant and a police emergency 999 call handler.

The Bake Off has tended to opt for one young and one elderly contestant in the last few years but the age gap between competitors is smaller on Britain’s Best Cook, with the youngest being a 27-year-old wine consultant and the oldest being a 59-year-old retired shop keeper.

With 10 contestants, you might expect there to be five girls and five boys but women outnumber the men six to four this series.

So who are they? 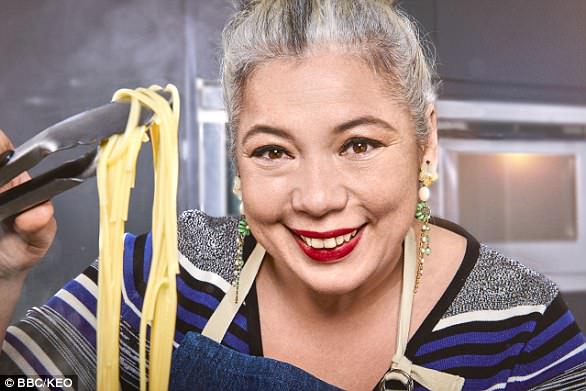 Who is she? A children’s A & E Nurse from Balcombe in West Sussex, she grew up in Slovakia where food was central to family life. Food is never far from her thoughts and she cooks with her mother’s knife which she has used for years. She describes her style of home cooking as very continental with French influences using simple ingredients. 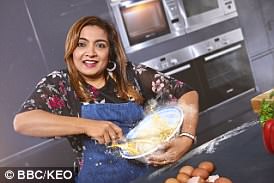 Who is she? A civil servant from Wolverhampton, Dipa was naturally interested in cooking from an early age and by the age of 11 she was making curries. Dipa says her father’s Kenyan heritage and mother’s Indian heritage is her inspiration and she loves cooking with fresh spices. She never uses a cook book to prepare dishes for her husband and three children. 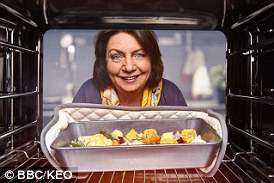 Who is she? A retired shop keeper from County Down, Northern Ireland, Fiona started collecting Robert Carrier Cookery magazines when she was 15 and her hobby became an obsession. She loves cooking homely, farmhouse kitchen style food for her four sons, two daughters and her husband.She also loves to create feasts that make her family happy. Who is she? A 999 police emergency call handler and dispatcher who lives in Neath, South Wales, Katie always cooked with her mother as a child. She fell out of love with cooking until she met her husband, Alan, which ignited her passion for home cooking. She is very proud of her Welsh heritage and her family recipes, some of which are three or four generations old. She describes herself as an ‘everyday home cook’ who loves to cook homely recipes, stews and casseroles to feed her friends and family. 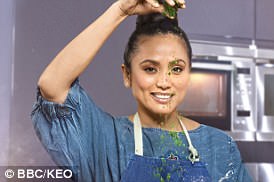 Who is she? A wealth client executive at a bank who lives in Glasgow. She became smitten with cooking ever since she helped peel an onion for her grandmother and mother at a young age. Certain recipes remind Josie of being back in the Philippines. She loves to recreate favourite Filipino dishes and is an instinctive cook – she never follows recipes. Who is she? From Salford, Pippa works as an oncology research biobank technician and was taught to cook by her grandmother who made really homely food. Her grandfather used to take her to a dim sum restaurant with a Chinese supermarket underneath which she would peruse. It was this that drew her to cooking and her love of Asian food. 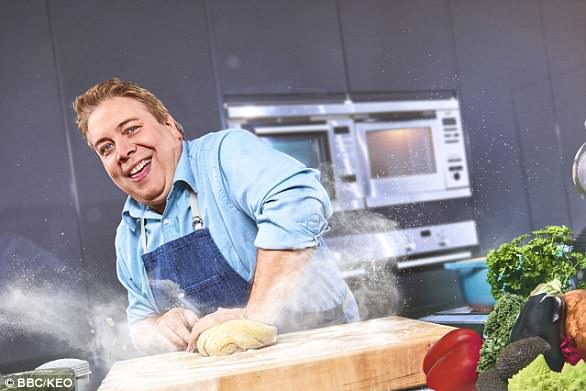 Who is he? A maths teacher from Surrey, Philip has loved food ever since he can remember. Growing up in the 70s, traditional British cuisine is what he most loves to cook. Aprawn cocktail, a roast with all the trimmings and a more modern take on a Black Forest gateau would be his ideal menu. Delia’s Complete Cookery Course is still his cookery book bible, as it was a huge source of inspiration while growing up. Who is he? A farmer from Kent whose love of cooking came from his mum, grandmother and Auntie Irene, his nan and his mum,who are all keen cooks. Coming from a farming background, Trevor is inspired by, and has a heartfelt appreciation of, ingredients and the time and effort that goes into producing them. 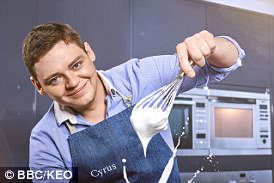 Who is he? A wine consultant and entrepreneur from York, Cyrus started cooking properly when he was 16 and he loves creating French or Italian dishes. The process of combining ingredients and flavours to create dishes is what fascinates Cyrus and he strives to be ambitious in his home cooking. 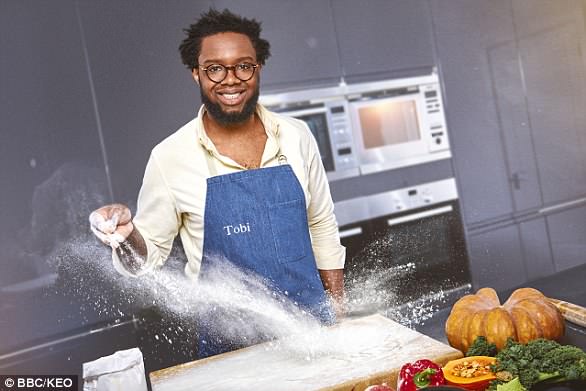 Who is he? London boy Tobi is a compliance manager who started cooking with his mum and gran when he was just seven years old. He became the stand-in cook for his three brothers whenever his mum and dad were busy. Cooking is in his soul, he says as he loves cooking food inspired by his British Nigerian heritage and has a love of all things French.

Britain’s Best Cook is due to air at 8pm on May 3 on BBC One.