His income has been made public in the latest report by the Australian Council for Superannuation Investors detailing chief executive pay for the 2019 financial year.

Mr Barkla’s earnings are also 780 times higher than the Australian median income of $48,360.

His company offers international students placements in Australia as well as English-language tests.

IDP Education CEO Andrew Barkla – whose company provides placements for international students – has topped the list of highest-paid ASX200 CEOs with a salary of $37.76million 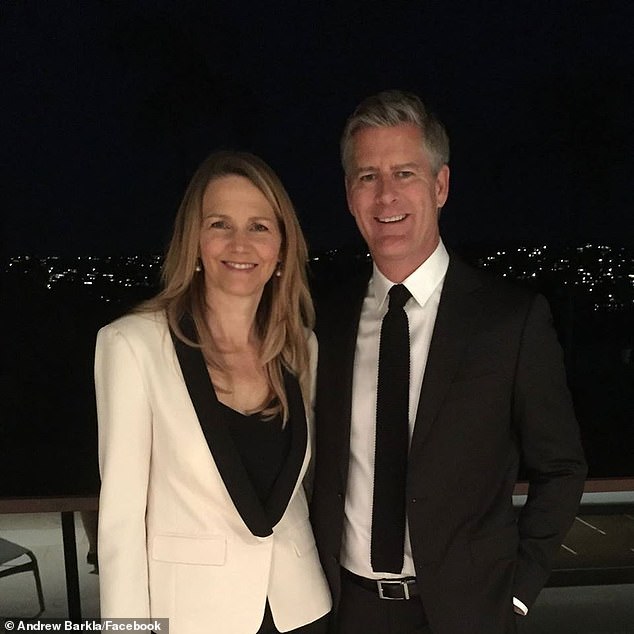 The ACSI said his salary, of which a large portion was based on share options, was the highest since they began recording CEO remuneration in ASX200 companies six years ago.

His earnings represent the first time the head of a company outside the ASX100 has come out on top of the annual list.

The ASX100 is comprised of the largest companies listed on the Australia Stock Exchange.

IDP Education reported in February its stocks had soared by nearly 30 per cent following strong first-half profit growth from English language teaching and testing, as well as student placement.

The student services and education company reported a 42 per cent increase in net profit to $57.7 million for the six months to December 31, while revenue grew by 25 per cent $378.97 million.

Also included in the last financial year’s 10 highest-paid CEOs in the ASX200 – which contained no women – was Qantas CEO Alan Joyce with a salary of $12.22million and Rio Tinto CEO JS Jacques who earned $10.32million. 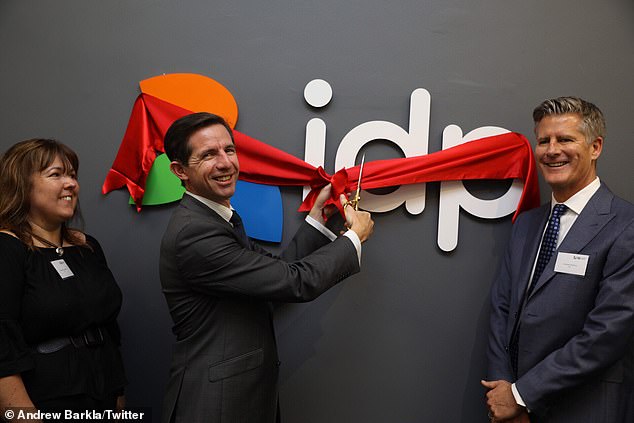 Pictured right with Trade Minister Simon Birmingham. His income has been made public in the latest report by the Australian Council for Superannuation Investors detailing chief executive pay for the 2019 financial year 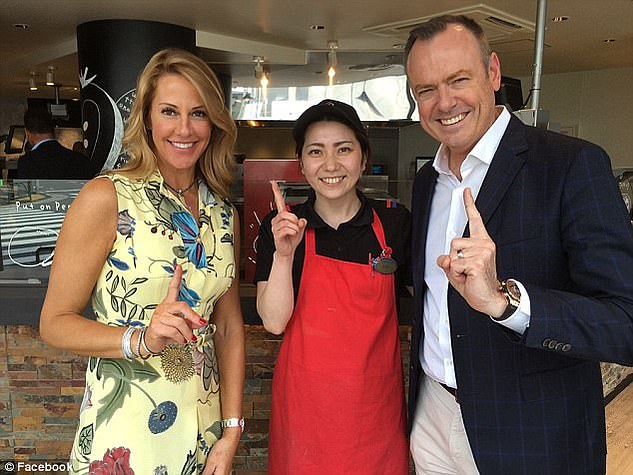 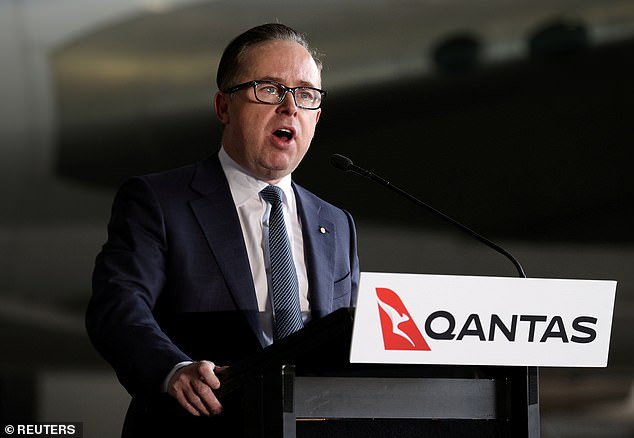 Qantas CEO Alan Joyce pictured addressing the media on July 22. He came in eighth with a salary of $12.22million

‘More boards are using sensible discretion to rein in outcomes for senior executives,’ she said.

‘Companies will need to be mindful this year of how remuneration outcomes will be perceived externally, given the widespread impact of the pandemic on investors, staff, customers, governments and other key stakeholders.’