Meet the all-singing, all-dancing leading ladies of the West End

Josie Walker is playing Margaret, the mother of Jamie, in the true story of a 16-year-old boy who wants to be a drag queen, Everybody’s Talking About Jamie (nominated for best new musical) at the Apollo Theatre. Josie is up for the award for best actress in a musical.

The first time I met the real-life Margaret was on stage at the press night in Sheffield last year and it was like looking at someone I already knew. We don’t get to talk much in real life, but we’re always on WhatsApp and we write letters to each other. I’ve never become friends with someone that I’m playing before.

The show really moves me. When we did the first read-through I cried. I could hardly say my lines because everything was getting to me. I thought, ‘How am I going to do this?’ There’s some sort of ingredient that touches people. A 90-year-old man came up to me at the end of a show and could hardly speak for crying. He said “He’s My Boy”, which is my song, ‘made me just ache for my mum’. 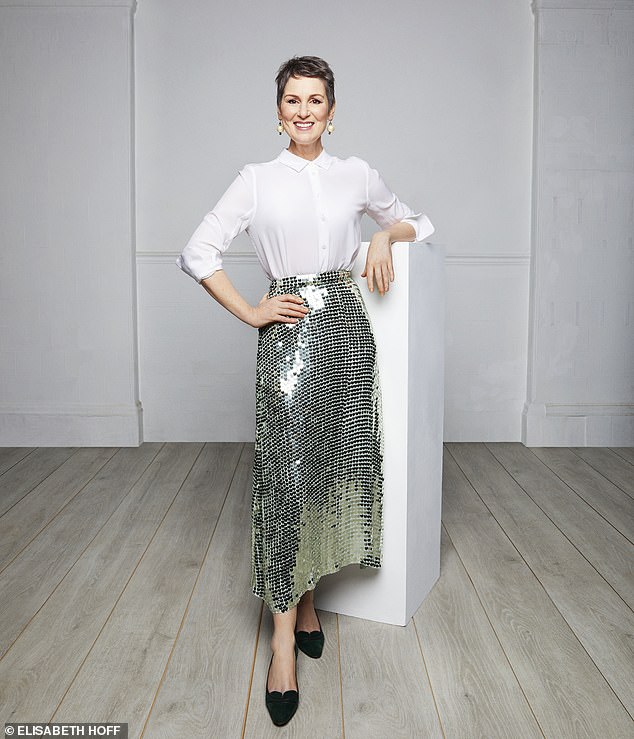 I’m still getting used to the demands of the show. There’s no such thing as a normal week – we recorded the cast album last week. You have to try to look after yourself. I don’t go out; I live like a nun. I’m in my late 40s now – I’ve drunk enough for everyone! And I don’t think you can drink when you finish a show. There are people who have paid a lot of money to come to see you, so you can’t go on half-cut. All the cast are like that.

The bond I have with my castmates is very different to anything I’ve done before. We’ve been together for nearly four years and now some of the understudies are covering the lead roles, and I’m so proud. I’ve never met such a dedicated bunch of people in my life.

Meera Syal plays Miss Hannigan, the alcoholic caretaker of the orphanage in Annie at the Piccadilly Theatre.

I’ve never felt more welcome than when I joined this company. The weird thing is that on my opening night I was the only one that was nervous [because she was joining an established cast]. Normally everyone is going, ‘Oh my God, oh my God,’ but this time it was just me. The others were brilliant and that really made a difference. They’ve made me feel like I’ve slotted in. 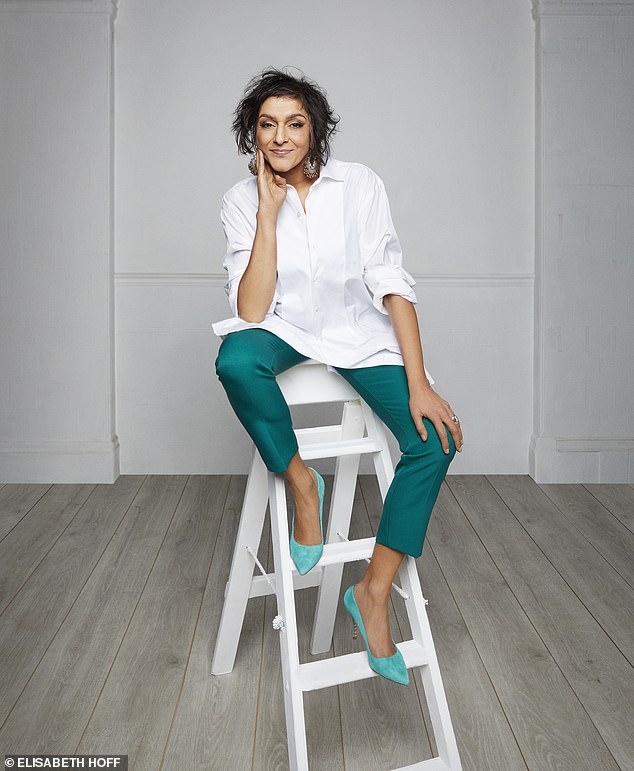 The kids are incredible. They raise everybody’s game because they are so committed. There are three Annies who just nail it. They remind me why I wanted to go into this job in the first place – for them, every night is magical. It makes me remember, ‘That’s why I do this!’

I love the live connection with the audience, particularly with comedy. If something isn’t working, you know, and if it does work, you know because there’s a laugh – there’s no halfway house. The energy you get back from an audience if they’ve loved a song or a dance carries you on this gorgeous joy.

It’s so much fun to play someone nasty like Miss Hannigan. She’s a delight: she’s sozzled and bitter – and yet she’s in charge of all these children.

Before I saw the stage musical I thought Annie was kind of cheesy, but the script is subversive. There’s a lot of misery and darkness; it is set in the Depression, a terrible period in American history. I hadn’t realised there were so many layers to it.

I was very excited about being called in to play Phyllis, but it was tricky as I was playing Cleopatra in Los Angeles at the time. I asked if they could wait but they said, ‘No, you have to come on this day.’ I imagined this huge line of other Phyllises waiting to steal the part and thought, ‘I have to read for this, I love it.’ I had just one song up my sleeve and at the end I thought, ‘Oh God, I should have prepared.’ I asked the casting director if I could do it again and she said, ‘Well, we’re only seeing you.’ 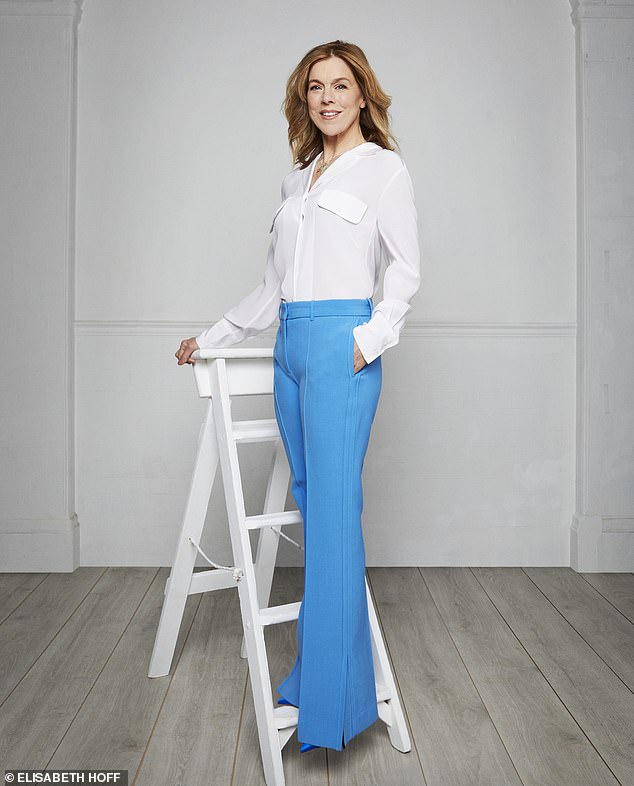 When I heard I got the role I felt an explosion of joy. There are always other people who could play the part. When you are picked, you must come up with the goods.

It was great working with Zizi, who played the younger Phyllis. We both contributed to Phyllis’s backstory, peppering it with ideas, little details, and we would play at mirroring each other so that we learned to get our habits right.

Our director Dominic Cooke said that every show must be both the first and the last, which is how I always approach a performance. Of course, there will be a time when you go, ‘Oh, I’m so tired’ or, ‘I’m so sad today.’ But you still have to do it and make it amazing and special.

On the last night of the production I was quite tired. But as the music started up, the first note took me somewhere in my heart and I felt I really saw all the ghosts of the showgirls. It was magical. I felt very emotional and it became incredibly difficult to push everything down.

Zizi Strallen played young Phyllis in Follies, which is in the running for best musical revival.

I’d only met Janie briefly before when we were doing an anniversary show together at Leicester’s Curve Theatre in 2013. She was in the wings beforehand and said, ‘I’ve forgotten my eyelashes.’ I said, ‘Have mine, I don’t care! You’re much more important than me.’ I tore mine off and gave them to her. So on the first day of rehearsals for Follies she recognised me as ‘eyelash girl’. 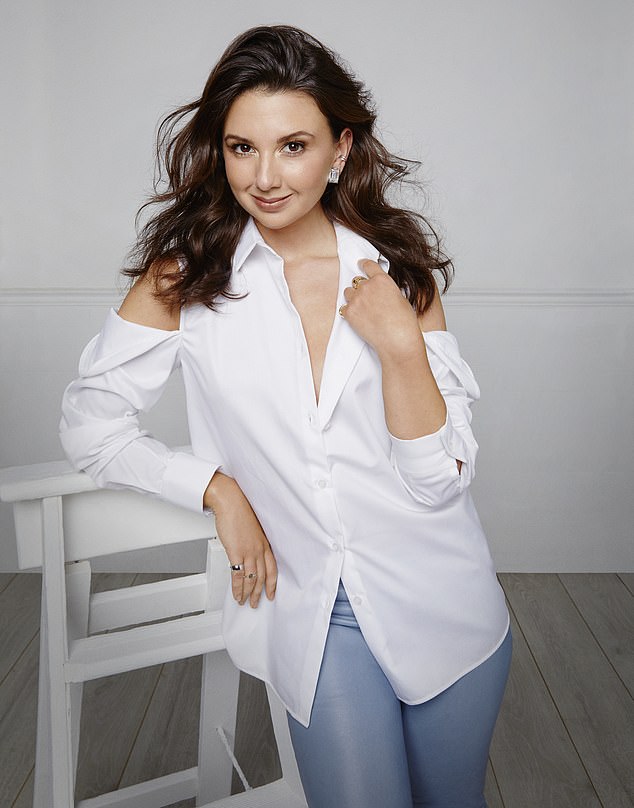 The biggest thing I learned from the process was to stop being so analytical: not to think that I had to be amazing on the first day of rehearsals, not to take acting notes personally, and to trust that I know my character and on the first night I will give the best performance I can. And not to think all the way through rehearsals, ‘I can’t do this, I can’t act!’

I formed such a strong bond with the other younger actors that I’ve made three friends for life. We got on so well to the point that I think we annoyed other people in rehearsals – not that we were ever unprofessional, just because we couldn’t stop laughing at each other. We were devastated when we finished because we weren’t going to be seeing each other every day of the week any more.

Clare Halse plays Peggy Sawyer, the unknown dancer who becomes a star, in 42nd Street at the Theatre Royal Drury Lane. The show has been nominated for best musical revival.

Doing a musical about musicals does make it easier. Everything you’re feeling in the process you can put into the show. I can identify a lot with Peggy – the underdog who actually gets her turn. I’ve done shows for ten years and I feel privileged that I’m now getting my go in the spotlight – and that’s how Peggy feels, too. 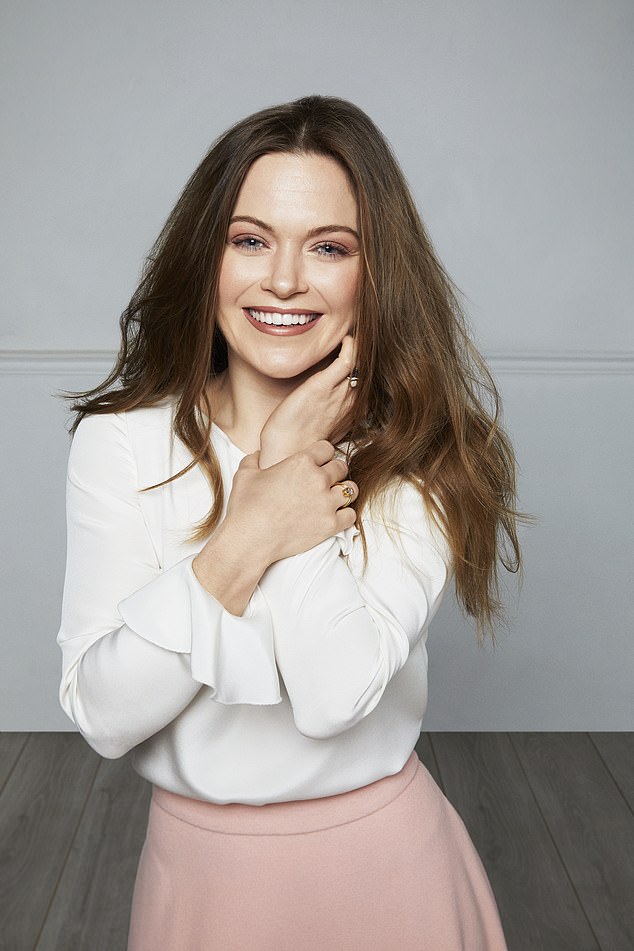 I do get scared before performances. On opening night I knew there were so many people there, including the Duchess of Cambridge, and I’ve never felt nerves like that. I was shaking in my boots. Luckily Peggy is a bit nervous, too, so I went with it.

I go backstage as the overture is playing because it gets me in the mood. I like watching the opening number, where the curtain rises and all the ensemble are tap dancing and it’s really big. It gets me going!

The best thing about being on stage is the feeling of freedom. In everyday life I’m quite reserved but when I get on stage I can be whoever I want to be. I find that liberating, just getting out there and really going for it.

Lesley Joseph is currently playing Frankenstein’s forbidding housekeeper Frau Blücher in Young Frankenstein at the Garrick Theatre, for which she’s earned a nomination for best supporting actress in a musical.

Doing the first read-through with [creator] Mel Brooks was the most traumatic thing I’ve ever done. I’ve heard he has been known to go through a read-through and the next day say he doesn’t want an actress. He stopped my song five times so in the end I said, ‘Eff it, Mel!’ stood up and belted it out. 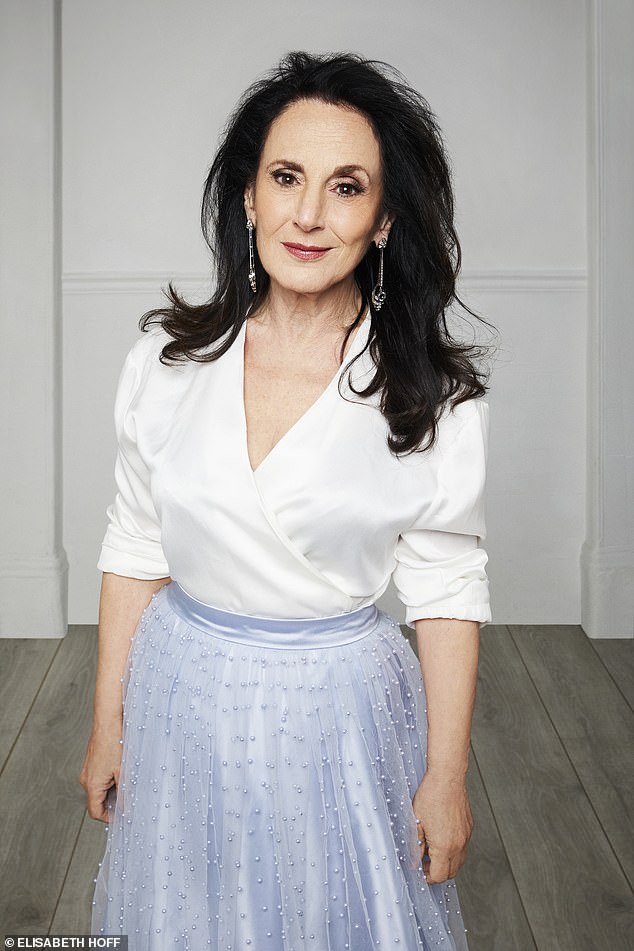 Ross Noble [who originally played Igor] and I went to meet Mel at the Savoy before we started the show and it was the most glorious encounter. I had two champagne cocktails because I was a bit nervous and ended up showing him a picture of me in my underwear, ‘getting into character’ backstage on Strictly Come Dancing [Lesley joined the show in 2016]. There was a woman at the next table who was a bit shell-shocked – I’m not sure she could get her head around the combination of the three of us. 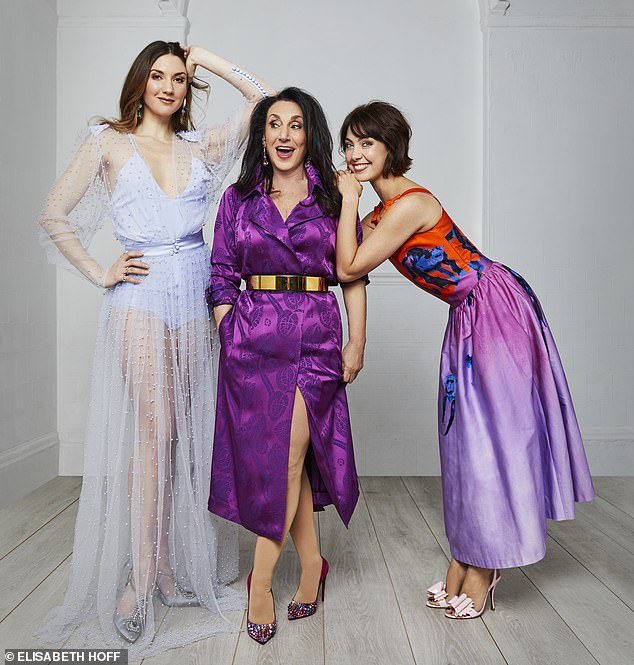 A few years ago I had fallen out of love with musicals. I’d been going from job to job since I was 16 and lost sight of why I was doing them. I had to take a bit of time away to realise that I missed it. I came back to do a show at Chichester Theatre Festival in 2015. We were all mucking in together and I remembered, ‘This is why I love it – this community atmosphere.’ Now I do a lot of work with the union Equity to help bridge the gap between the ensemble members and the leading cast. We’re all creating great work together and sometimes we don’t speak about it enough. 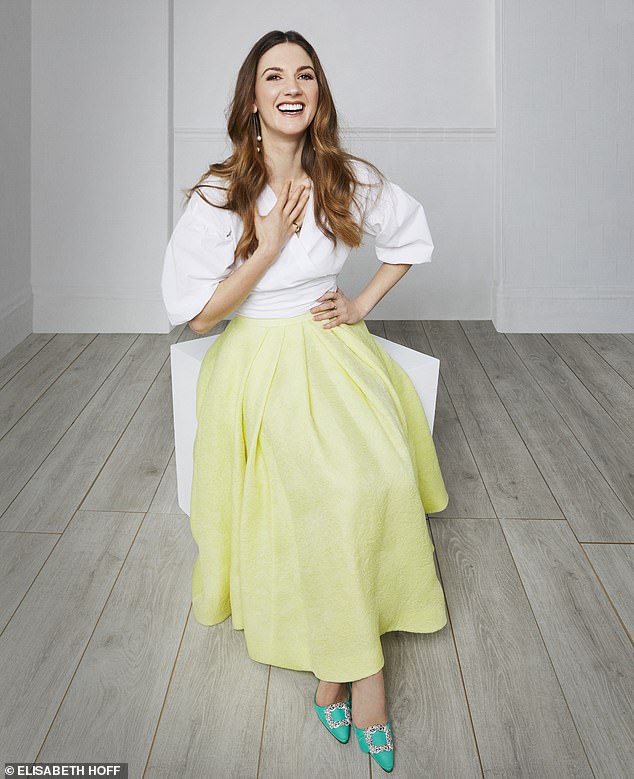 I couldn’t have come back to the West End with a better job. I love the fact that we get to make people laugh and I’m excited about going to work because the people are fantastic. Lesley makes me laugh the most; she has me howling every day.

I’m incredibly spiritual. My dressing room is full of crystals. I don’t know much about them but they feel good! I have an amethyst, which is calming, and rose quartz for self-love. If I’m having an off-day I’ll sit on Inga’s hay cart before the show and talk to whoever it is guiding me – my higher self – for a bit of a boost.

Former Royal Ballet dancer Leanne Cope played French ballerina Lise Dassin in An American in Paris at the Dominion Theatre. The show closed in January but is up for an Olivier for best new musical.

I love that every night on stage is different. It’s not like a TV show where there’s one take that an audience can watch and rewind and it’s always the same. In theatre, even though we’re aiming for the same steps and words, it’s inevitably going to be different. I love the rush of feeding off the other person and the energy from the audience. 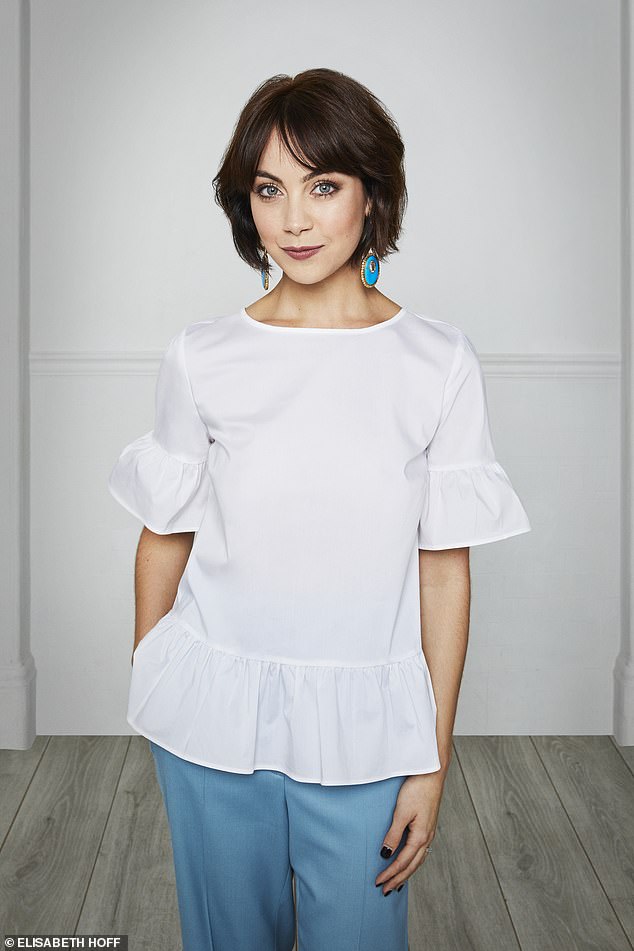 Before I began An American in Paris I was used to being in a dressing room with 20 other girls in the corps de ballet at the Royal Opera House, so suddenly to be by myself felt quite lonely. I would put on a playlist or podcast to keep me calm. Although I’m not a mother myself I’d listen to Giovanna Fletcher’s Happy Mum Happy Baby podcast. I loved the stories of women and how they cope with life.

After a show I would be that awful person on the tube who’s eating. But I loved joining the normal world, eating a snack and reading a book. Although I kept to myself, I did get spotted by people who’d been at the show. Those moments were really special; it would make my day.