He’s the multi award-winning musician who’s racked up over half a billion streams – but the chances are you’ve never heard of him.

Llewellyn – the performing name of James Sada, 56 – has been dubbed the ‘the king of chill’ due to the extraordinary success of his relaxation albums.

Indeed, his music is so widely listened to, he currently resides in the top one per cent of artists on streaming sites, yet nobody has asked for his autograph.

His top relaxation tracks have had millions of listens. Top track Reiki Gold has been played nearly 74million times.

Undercover: James Sada, 56, who performs under the name Llewellyn, is one of the most streamed musicians in the world but is never asked for an autograph 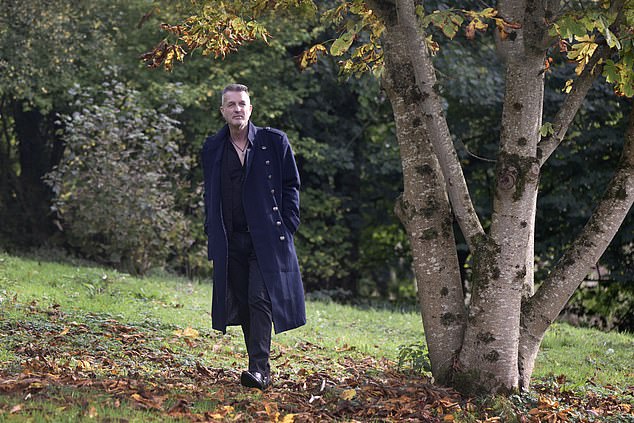 Downloaded: The musician, who has been designated the ‘King of Chill’, is in the top one per cent of artists globally for streams

He told MailOnline: ‘I can walk down the street and nobody recognises me, nobody hassles me or asks me for autographs. But I outstream many established and famous recording artists – I’m in the top one per cent globally.

‘People use it all the time in their daily lives, as well as sleeping to it, they work, play or get married to it.

‘They also have sex and make babies with to it. Some people even die with it.’

But almost none of his vast audience have any idea of the man behind the music.

He added: ‘I’m like a pack of aspirin, I’m used for a particular purpose but you don’t know what the brand is.’

The 56-year-old’s music career could have been very different in terms of profile because, as he explains, Llewellyn is a failed pop star.

He said: ‘I was your typical kid who wanted to be a pop star I wrote loads of songs on the piano and got signed to a record label when I was 16.

‘I did loads of showcases at the London Hippodrome and shared the same recording studios as Spandau Ballet and other big Eighties artists.

‘But unfortunately, it just didn’t happen for me. I didn’t get the big record deal.

‘Then the reality kicked in, I had to find a normal job and I had to stop dreaming.’

Llewellyn’s move into relaxation music happened very much by chance.

His sister, a masseuse, gave him a piece of music she used during her sessions which he ‘thought was c**p’ prompting him to create his own version. 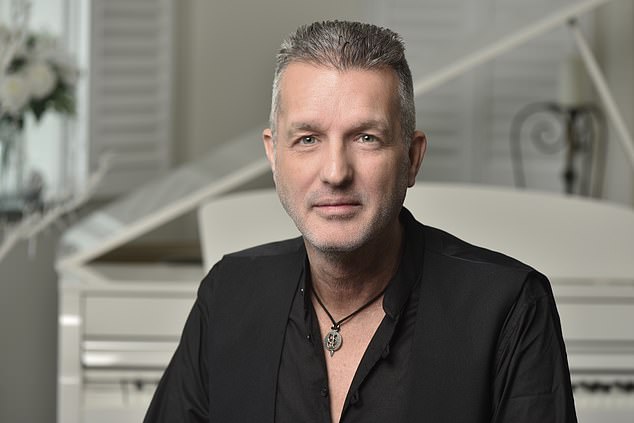 Family inspiration: His sister, a masseuse, gave him the idea to create relaxation music after playing him some. Llewellyn’s music is popular in spas, wellness centres, hospitals, therapy healing including Reiki, plus during massage and aromatherapy sessions 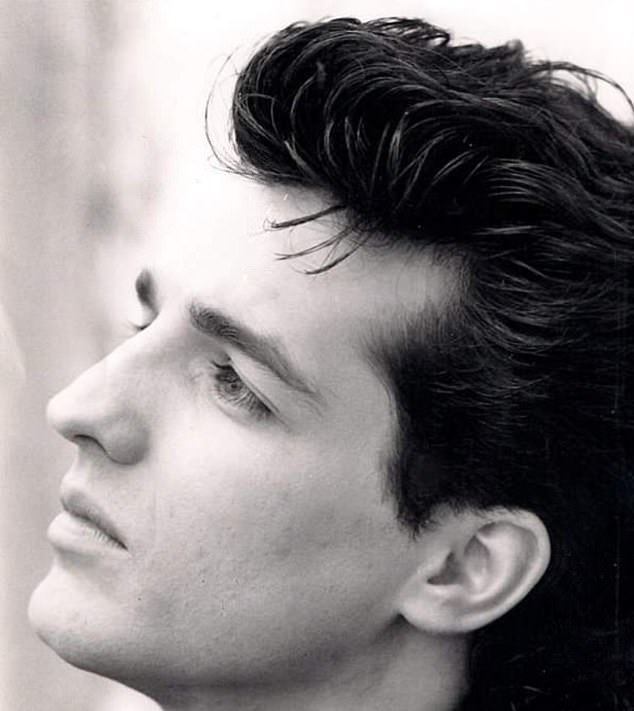 Big dreams: Llewellyn’s music was used heavily during hypnotherapy sessions, which boomed in the nineties. Llewellyn had wanted a career as a pop star when he was young but didn’t get a record deal

With the help of his singer wife Julianna, he recorded new songs featuring her voice multi-tracked – similar sounding to Enya – and created a back catalogue.

He explains: ‘I recorded them on cassette tapes, took them to mind, body and spirit shows and I’d sell out.

‘The reaction was extraordinary, everybody just loved this relaxation music.’

Llewellyn’s music was used heavily during hypnotherapy sessions, which boomed in the nineties, leading to the creation of his own record label called Paradise Music Ltd, which he releases his albums through.

His phenomenal success is even more impressive considering he cannot read or write music, all his sounds – from various instruments – are archived in his computer and are constructed into tracks organically in his studio.

And his music is now common in spas, wellness centres, hospitals, therapy healing including Reiki, plus during massage and aromatherapy sessions.

Plus, one of his tracks even featured on hit US comedy series Friends while Jennifer Aniston’s character Rachel Green was being given a massage by Phoebe Buffay, played by Lisa Kudrow.

His huge streaming numbers means he can afford to live a pop star’s life in Wales, where the Herts-born musician currently resides.

Llewellyn added: ‘I live very comfortably in Wales, I do all right.

‘I never imagined I would be able to record something in my house and release it to the world where millions of people are listening to it.

‘I’m living every musician’s dream – and nobody even knows who I am.’

But now the father-of-one is making a bid for wider attention – releasing a new album, The Very Best of Llewellyn, featuring some of his most streamed tracks including Reiki Gold (73.42million streams), Sleep Gold (52.72million streams) and Reiki Sleep (26.73million streams).