As Sunisa Lee celebrates her gold medal win in the women’s gymnastics all-around final today, the Team USA star has become an instant household name — but who is the 18-year-old gymnast who took the top spot in her first-ever Olympics Games?

Sunisa, who hails from Minnesota, is the daughter of Laotian refugees who fled the country in the wake of the Vietnam War — and she’s also the first Hmong-American to represent the United States at the Olympics.

Her road to the Games wasn’t an easy one, with the star persevering through personal tragedy after her father was paralyzed in a freak accident in 2019 that left him in a wheelchair.

But both of her parents, who were unable to accompany her to the Games due to COVID rules, excitedly cheered her on from home as she bested the competition on Thursday, with her mother moved to tears when Sunisa was announced as the winner. 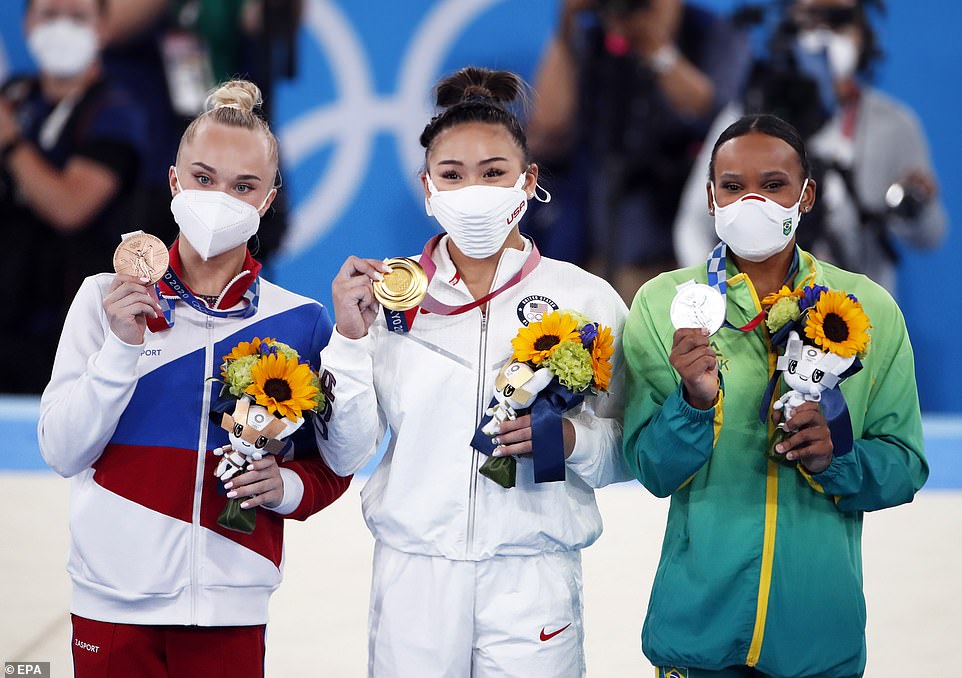 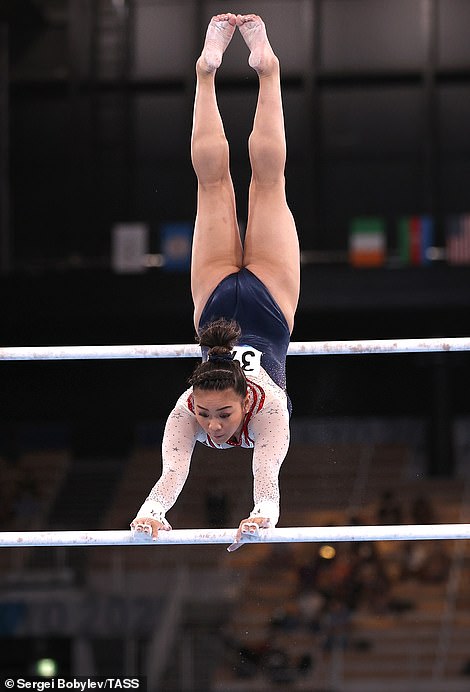 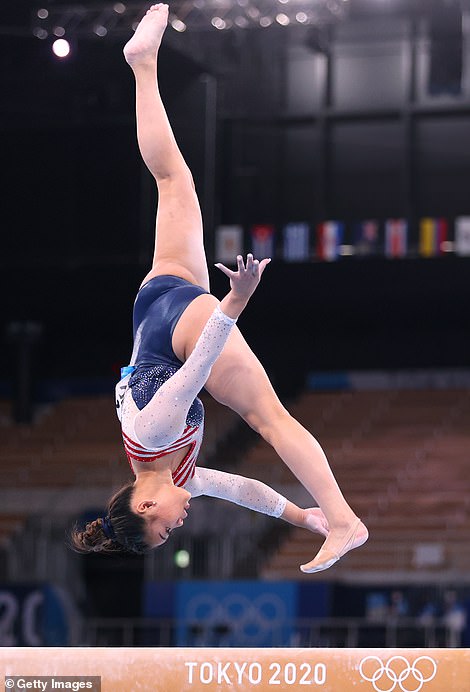 Sunisa, who hails from Minnesota, wowed judges at the Ariake Gymnastics Centre today 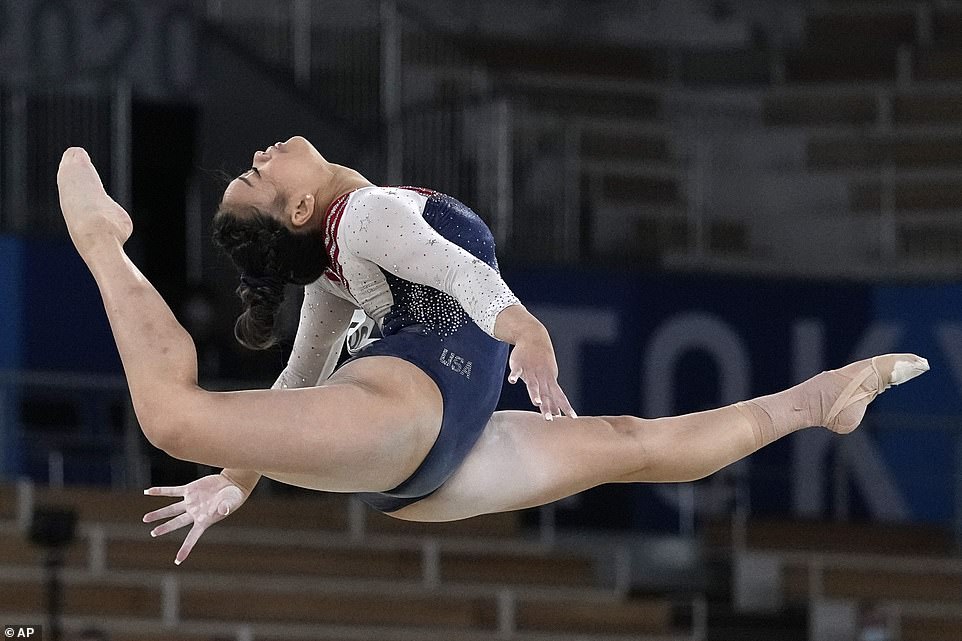 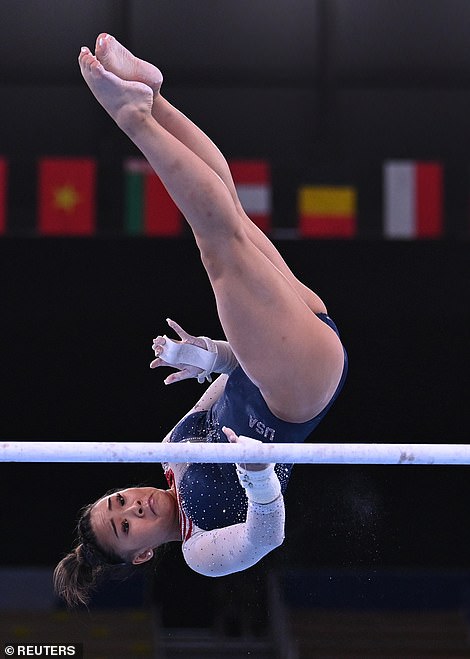 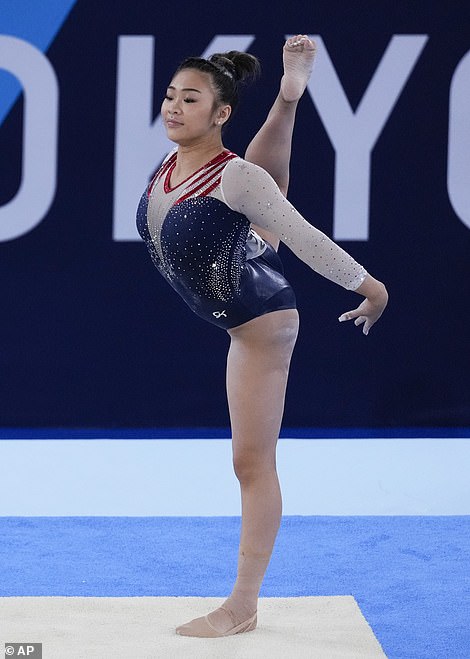 She qualified for the all-around final in third place, behind teammate Simone Biles and Brazilian gymnast Rebeca Andrade 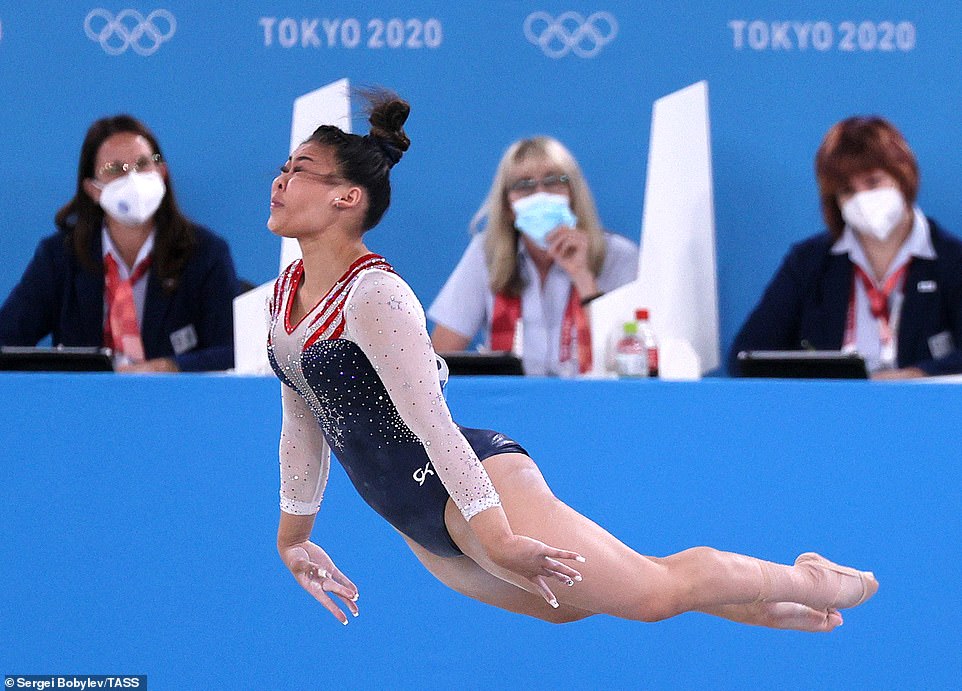 Sunisa grew up in Saint Paul, Minnesota, where her family settled to pursue the American dream.

Both of her parents, Houa John Lee and Yeev Thoj, were born in Laos and are members of the Hmong ethnic group. During the Vietnam War, the Hmong were recruited to fight alongside American forces to stave off communism — and they paid a heavy price.

About 50,000 Hmong civilians were killed in all, with about 25 per cent of all Hmong men killed in combat. Many were killed by their own government after US forces withdrew, leading many remaining Hmong to flee for their safety.

According to a feature in Minnesota’s Star Tribune, her mother and father were still children when their families fled Laos in the ’70s, ending up first in refugee camps in Thailand.

‘When the U.S. pulled out of Laos, the war wasn’t over,’ her father explained. ‘People had to go to Thailand for their safety, and for a chance to have a better life.’

They weren’t allowed to settle in Thailand, though, and in 1979, when Sunisa’s dad was eight years old, his family emigrated to the US.

‘We know they did it for a reason, so they could be safe and their kids could have a good life,’ Sunisa said of her grandparents’ reasons for fleeing. ‘It’s something very cool for my generation to know they did that for us. And it was all worth it.’

They ultimately made their way to Minnesota, home to about 80,000 Hmong people — who see her as their ‘ambassador to the world.’ 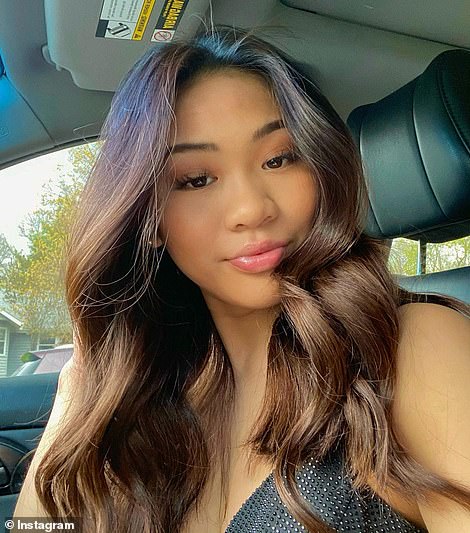 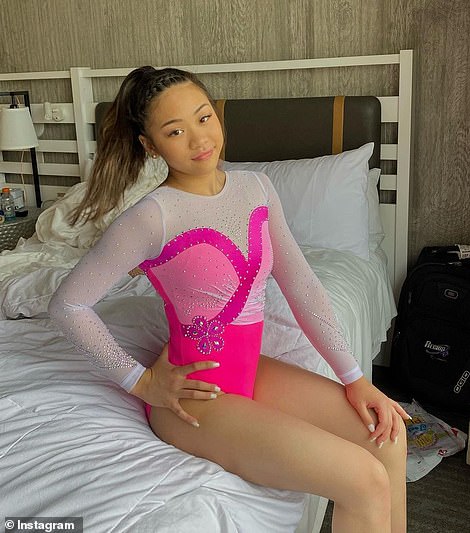 At just 18 years old, Sunisa — who just graduated from high school — is the youngest member of the team

Sunisa — known as Suni to friends and family — grew up jumping and tumbling around the family’s home.

She’d take to the metal bars holding up a clothesline to swing, tumbled and flipped in the house, and used a wooden beam made by her dad to work on her balance.

When she was six, her parents signed her up for classes at Midwest Gymnastics Center in Little Canada, where she still trains today with coaches Jess Graba and Alison Lim, who own the gym.

‘She was a very active kid, always tumbling around,’ her aunt, Cecelia Lee, said. ‘But who would have known it would lead to this?’ 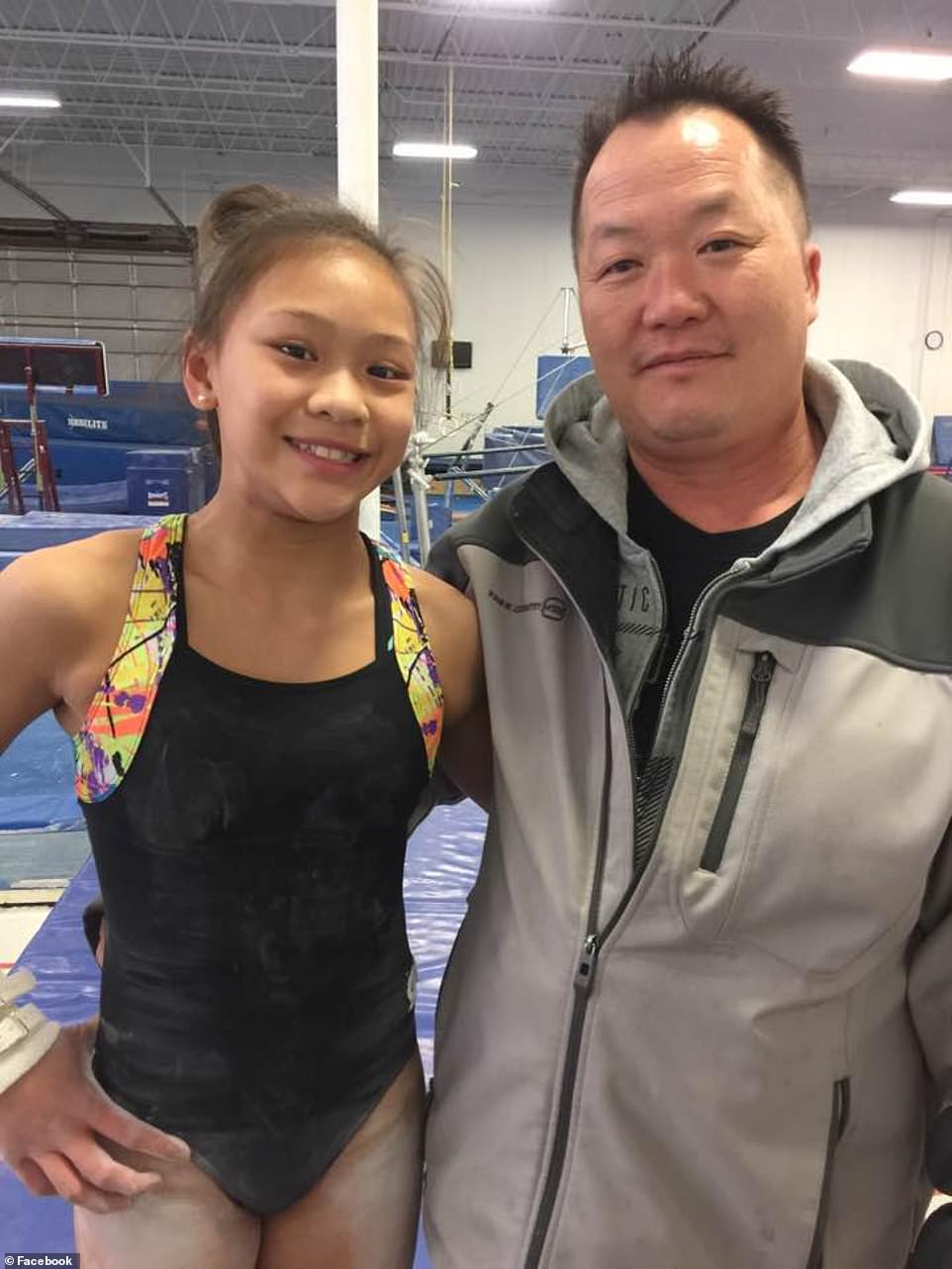 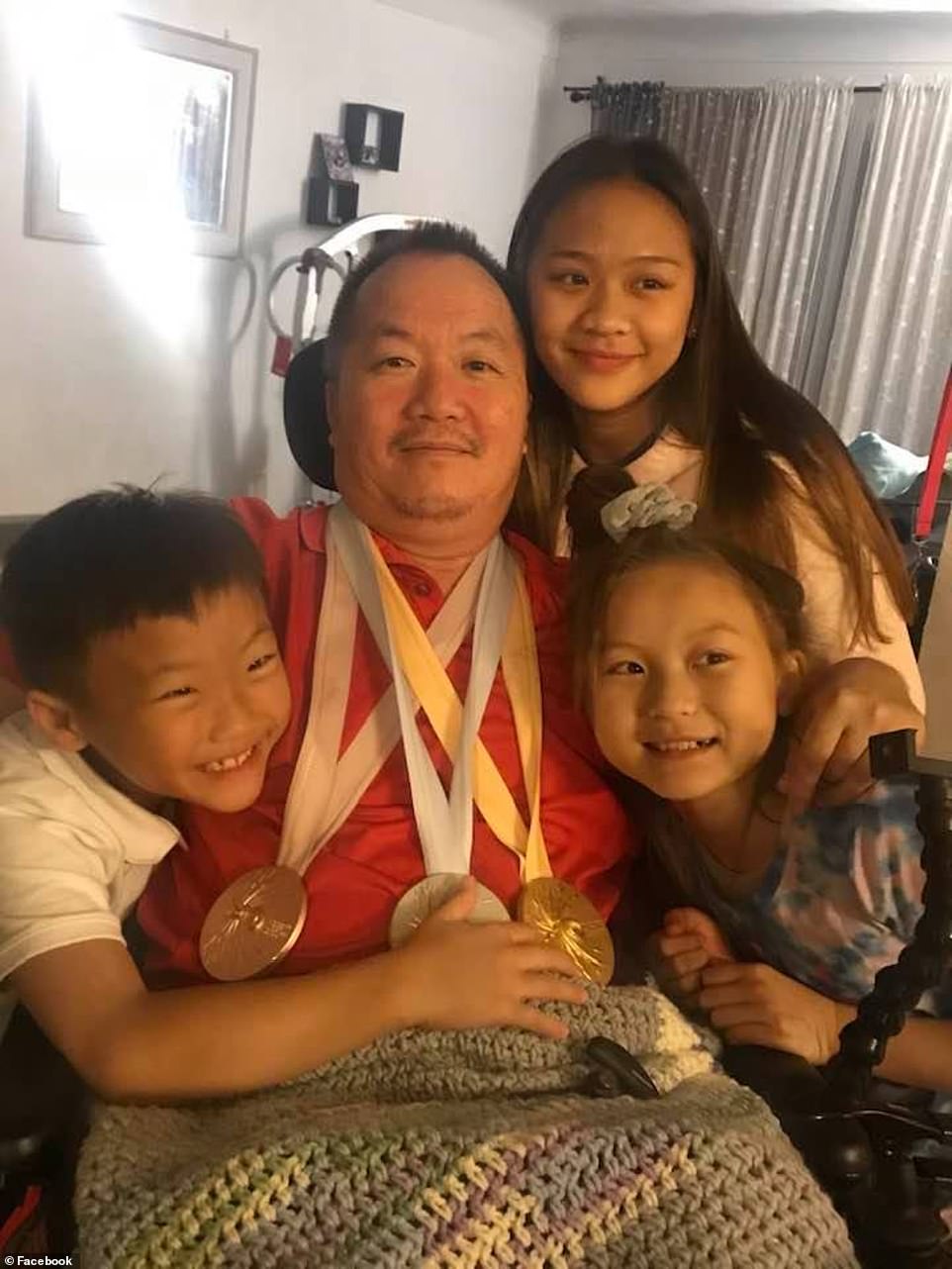 Her father, John Lee, is pictured celebrating his daughter at home in a wheelchair; he has been partially paralyzed since a freak fall in 2019 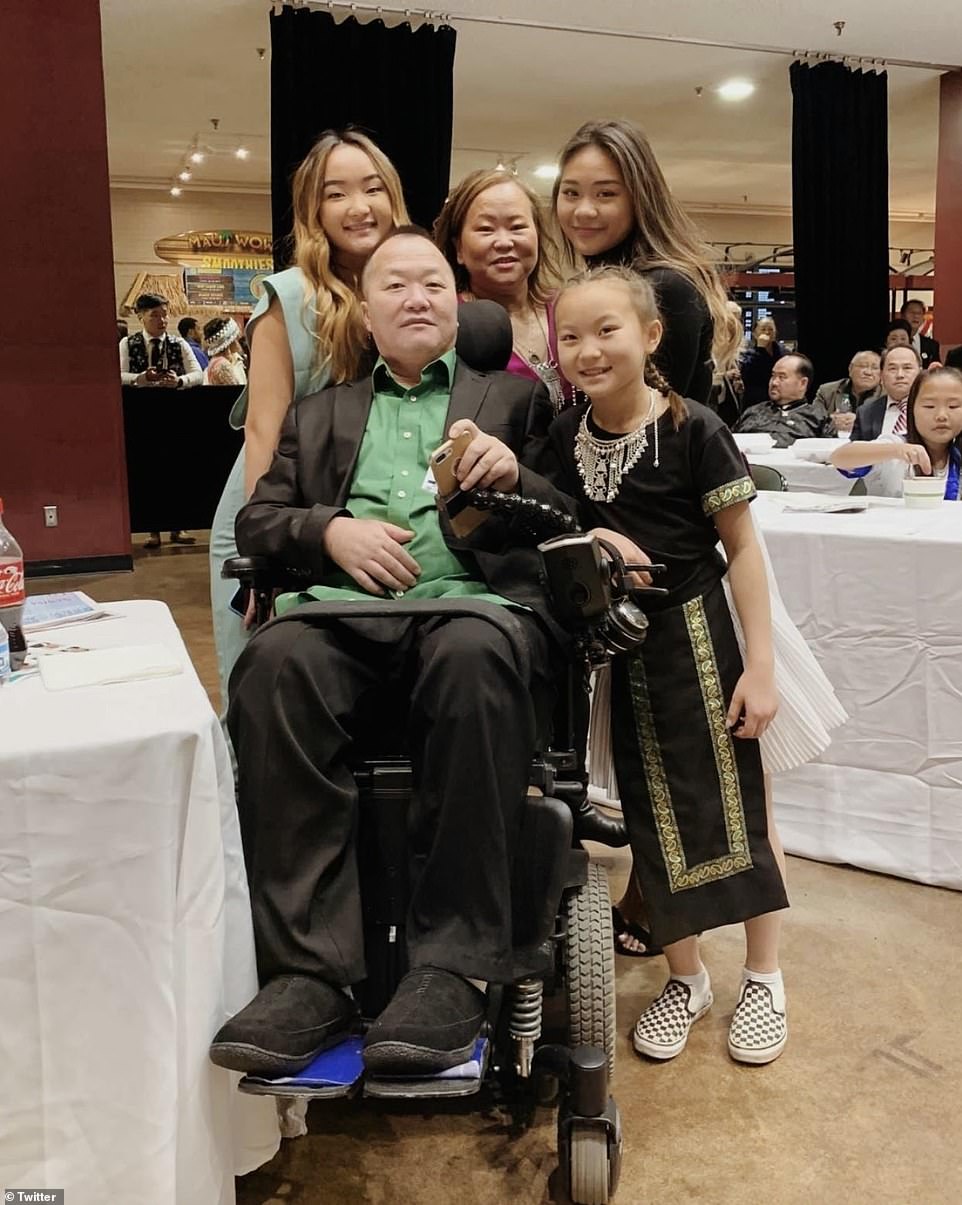 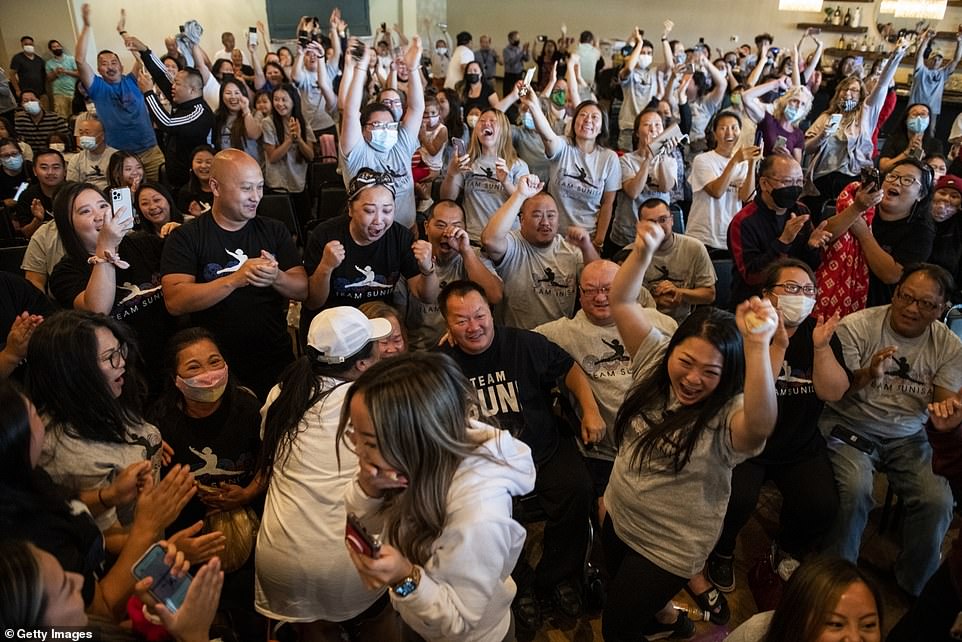 Sunisa’s friends and family celebrate the moment she won gold 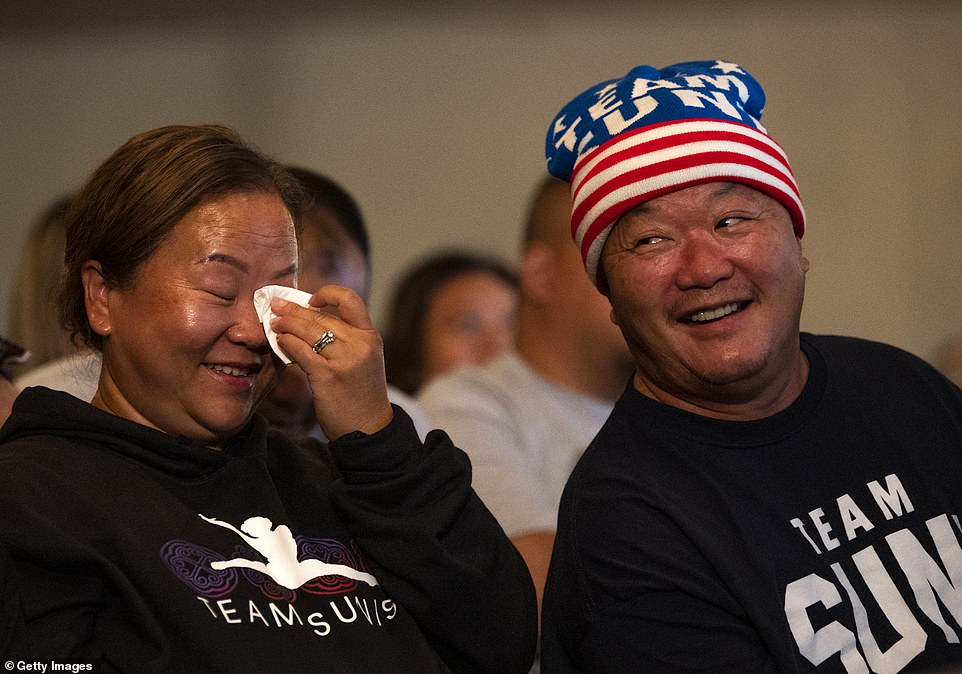 She has managed to stay focused even as tragedy struck her family.

In 2019, her dad was trimming a neighbor’s tree branches when he fell to the ground, suffering grave injuries including fractured ribs, a broken wrist, and worst of all, a spinal cord injury.

He remains partially paralyzed and wheelchair-bound.

But even as her parents were forced to stay home as their daughter flew to Tokyo — where the Olympics have banned all family members of athletes — they’ve still showed her endless support.

Her father reportedly gives her pep talks before every competition, and has been doing so over FaceTime during the Olympics.

Her mother, meanwhile, cheers her on even as she struggles to watch.

‘I get so nervous,’ she said. ‘My heart beats so fast. At the Olympic trials, she did so well, I was in tears every time she finished an event.’