She decamped from New York City to the West Coast in February just as the COVID-19 pandemic started to hit.

And on Thursday, Meg Ryan was spotted picking up some groceries at a supermarket in LA.

The When Harry Met Sally star, 58, showed off her distinctive arm tattoo as she did her shopping in a black t-shirt and black drawstring sweatpants.

Casual: Meg Ryan was spotted picking up some groceries at a supermarket in LA on Thursday showing off her distinctive arm tattoo in a black t-shirt and black drawstring sweatpants

The actress left her signature blonde hair loose, styled with a center parting, and added a pair of sunglasses.

She also donned a disposable face mask as required under California law when out in public places.

The mom of two is currently single after ending her engagement to rocker John Mellencamp in October 2019. 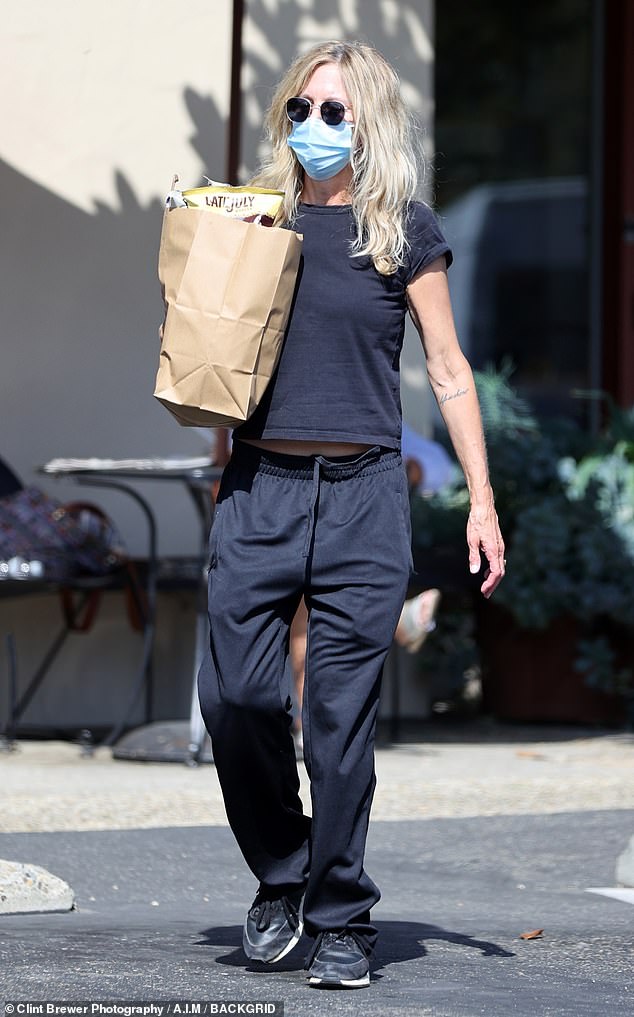 Running errands: The When Harry Met Sally star, 58, left her signature blonde hair loose, styled with a center parting, and donned sunglasses along with a disposable face mask 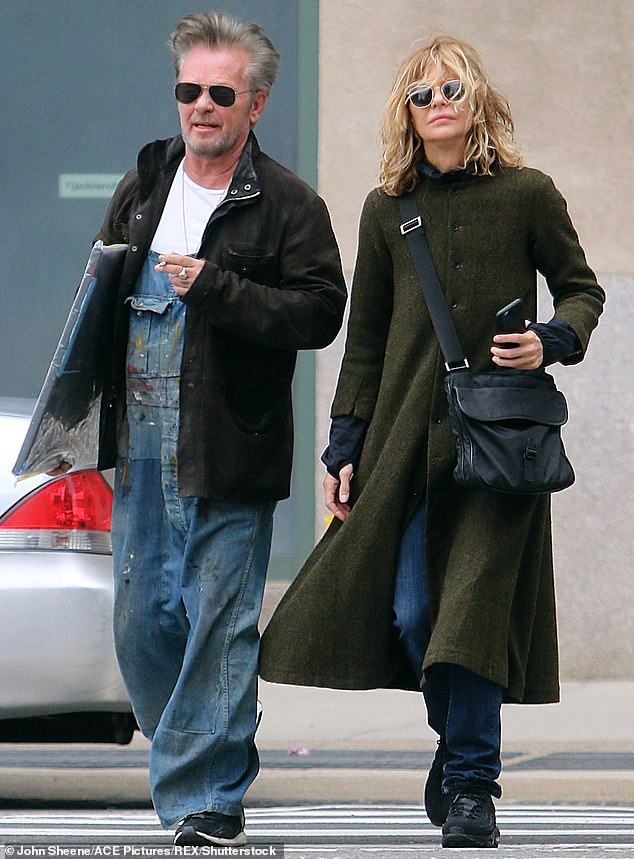 Exes: The actress is currently single after ending her engagement to rocker John Mellencamp in October 2019 after an off/on eight-year relationship

Ryan began a relationship with the Jack & Diane musician back in 2011, before getting engaged in November of 2018.

The Sleepless in Seattle star was previously married to actor Dennis Quaid from 1991 to 2001 with whom she shares son Jack, 28. Following her split from Quaid, she adopted daughter Daisy, now 16.

Meanwhile, son Jack is following in his famous parents’ footsteps and carving out a Hollywood career for himself.

On Tuesday, Variety reported that he has signed on for the Scream reboot that’s bringing back Courteney Cox and David Arquette in their original roles as news reporter Gale Weathers and sheriff Dewey Riley.

The original Scream premiered in 1996 and was a massive hit, spawning three sequels.

Filming is expected to begin in North Carolina before the end of the year and the movie is slated for a January 2022 release. 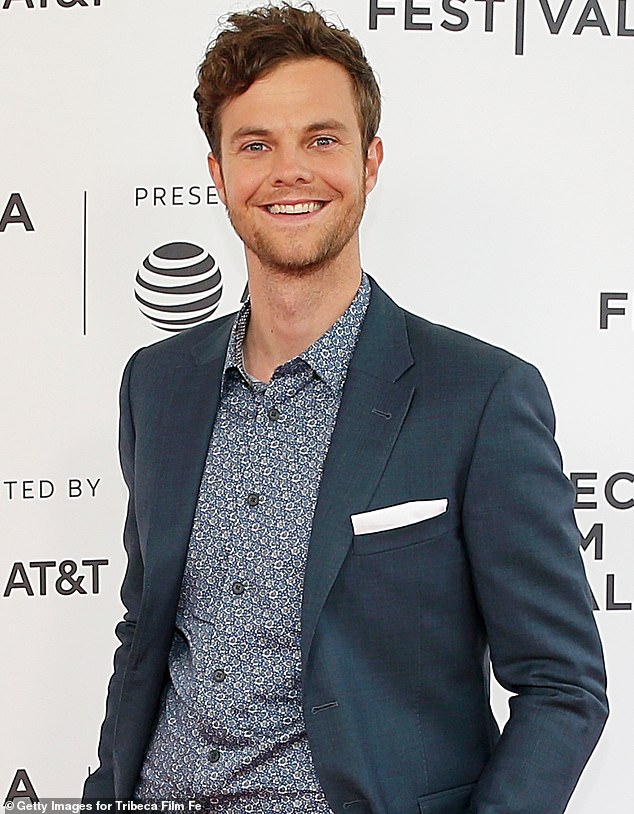 In his genes: Ryan’s son Jack, 28, also an actor, has just signed on for the planned Scream reboot starring Courteney Cox and David Arquette who reprise their original 1996 roles 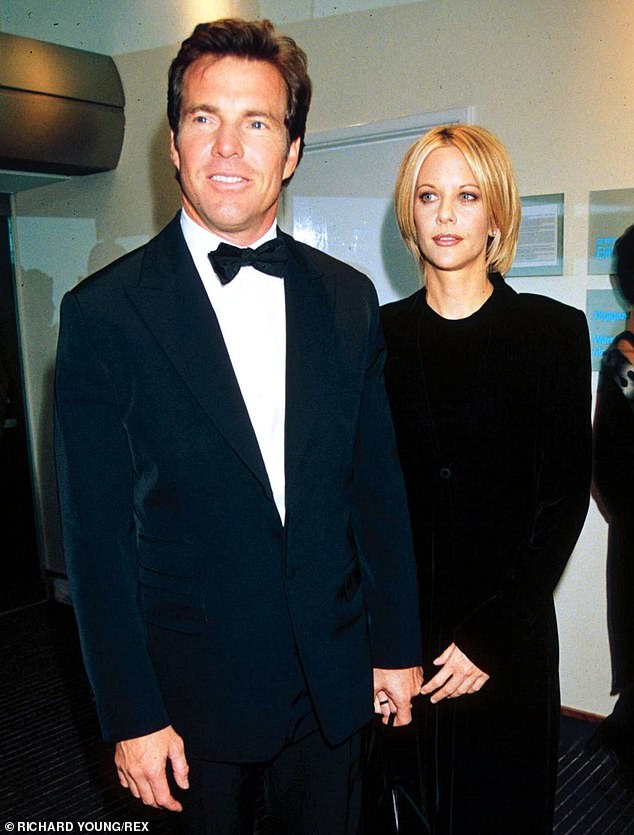 Parents: Ryan shares Jack with actor husband Dennis Quaid to whom she was married for a decade from 1991 to 2001 (pictured in November 1998)