Megan Marx announces she has SPLIT with Jake Ellis

They struck up a romance while filming spin-off Bachelor In Paradise.

And on Tuesday, Megan Marx took to Instagram Stories to announce that she and Jake Ellis have split.

The reality star told her fans that she would be lying if she said the breakup ‘has been anything but destroying’. 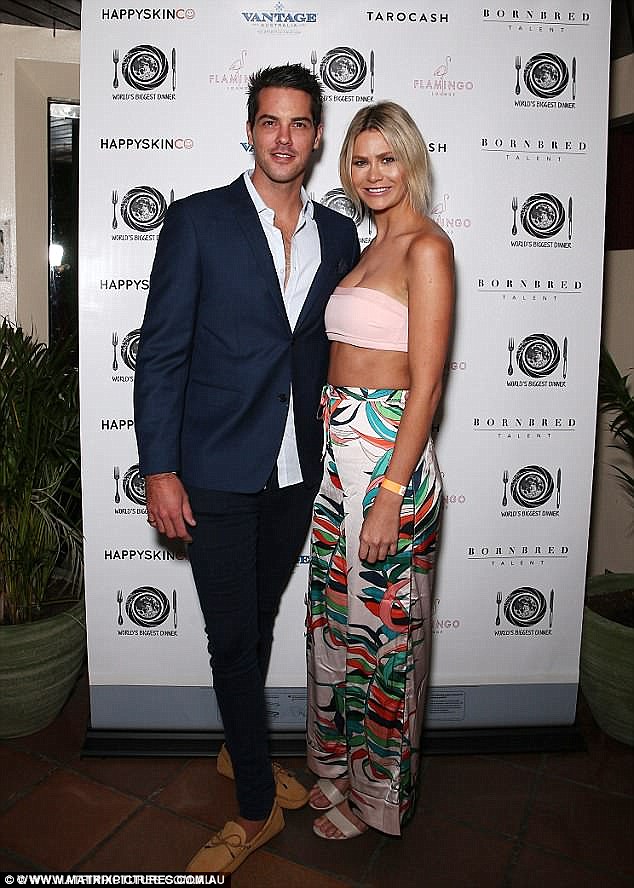 Another one bites the dust! Megan Marx SPLITS with Jake Ellis, with both Megan and Jake taking to Instagram to confirm the split

Megan began: ‘Jake is easily the biggest-hearted man I’ve ever met, and I’d be lying if I said this break up has been anything but destroying.

‘Our first kiss and first date was on a reality TV show – something I’ll always treasure as a beautiful experience and as beautiful memories.

‘The rest, in private, far exceeded the fun/romance of the show as we grew to love and respect each other, and also tease the s**t out of each other as best friends. 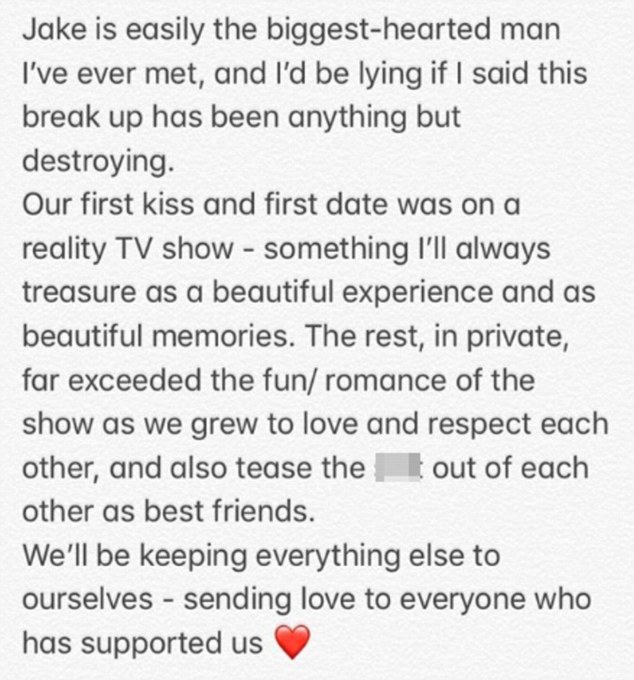 Heartfelt: Megan, 29, opened up about her split with Jake via Instagram Stories on Tuesday

‘We’ll be keeping everything else to ourselves – sending love to everyone who has supported us,’ she concluded alongside a love heart emoji.

‘This is the post that I thought and hoped I would never have to write,’ Jake wrote.

‘Megan and I are sadly taking a break from our relationship together and words will never express the heartbreak I’m feeling right now.’ 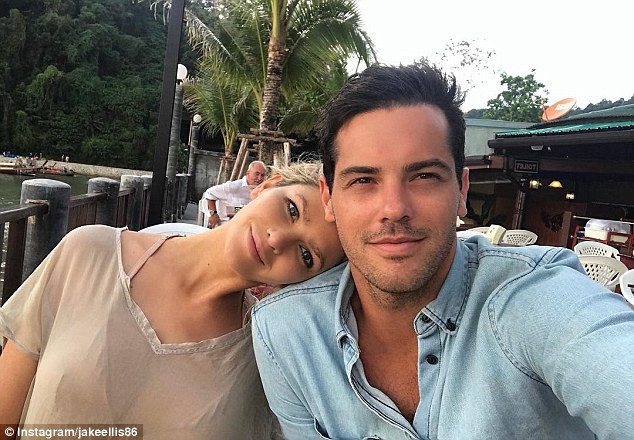 Emotional: ‘This is the post that I thought and hoped I would never have to write’: Jake, 31, wrote as he confirmed his and Megan’s split

Addressing rumours the relationship was less than genuine, he said that wasn’t the case at all.

‘No matter what you believe, our relationship was as real and beautiful as they come, I love her wholeheartedly,’ he continued.

‘Megan is and always will be the best part of me, the most beautiful and intelligent woman I’ve ever had the privilege of loving, my best friend.’ 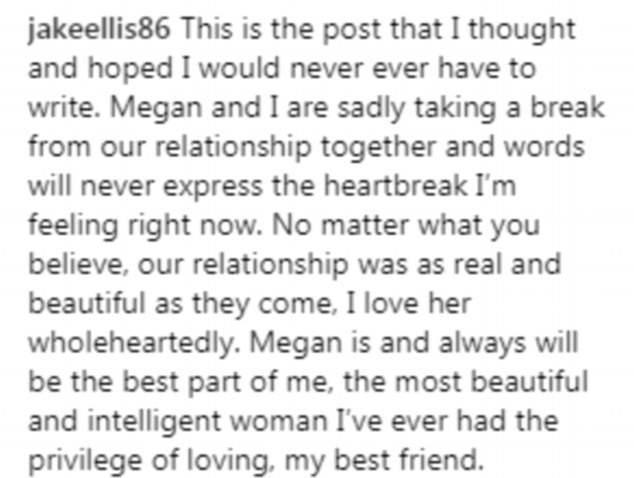 ‘Megan is and always will be the best part of me’: Jake gushed over Megan in the post, implying it was her who initiated the break-up

Jake appeared to imply that it was Megan who had ended it all.

‘I wish with all of my heart that this wasn’t happening right now but the only thing I can hope for is that one day soon we will rekindle our special love,’ he said.

Megan and Jake, 31, celebrated six months of dating in June.

However earlier this month, Megan took to Instagram to reveal that it had been ‘a rough couple of months’ and admitted that there were times she didn’t know if they would last.

She wrote: ‘Obviously social media can paint a picture that isn’t entirely real. I can tell you when this picture was taken we were a week out of the final episode of BIP [Bachelor In Paradise] airing, new in love and in one of the most beautiful places in the world. 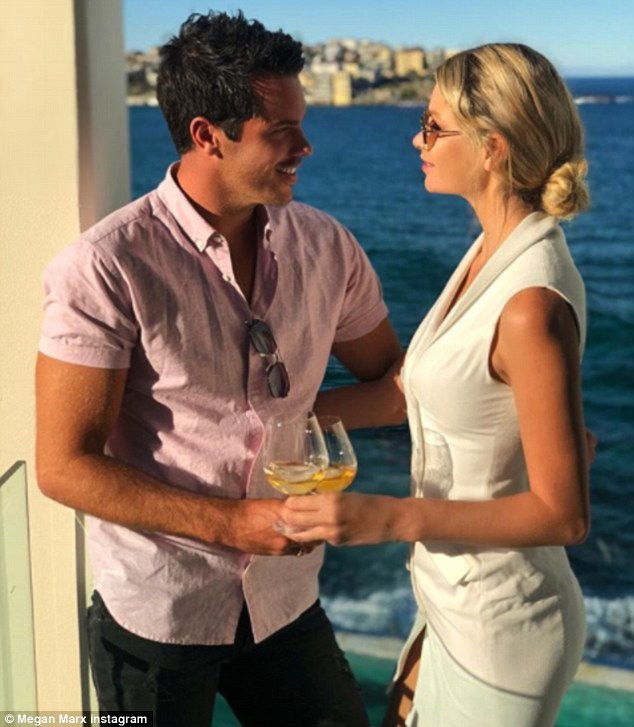 ‘Relationships are obviously not consistently fairytales though – if I can be so bold – we’ve had a rough couple of months. We weren’t sure if we’d even last. One thing that never wavered for either of us though, is that we love each other. My best friend. Lover. The person that makes me the happiest.’

She concluded: ‘Just remember you’re normal if you’re in a thing that has these thing called ‘arguments’ and ‘doubts’ – relationships aren’t always easy, but they bring so much love and fun and fulfilment.’

Prior to her romance with Jake, Megan dated her Bachelor 2016 co-star Tiffany Scanlon, however they split in March 2017. 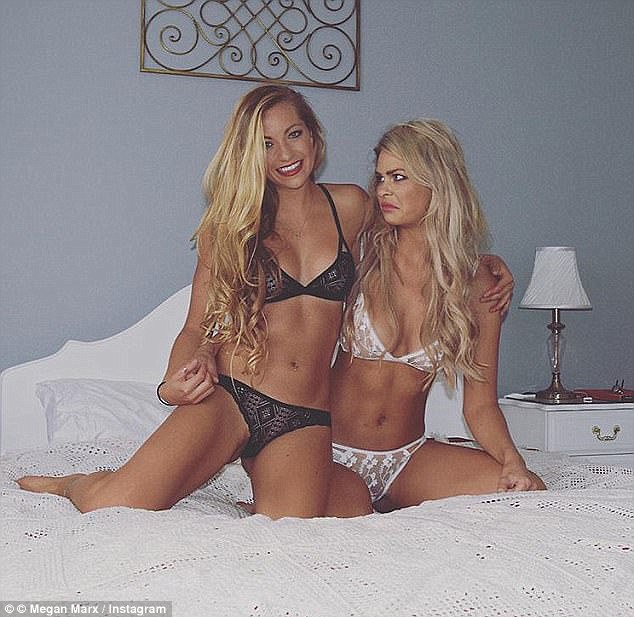 Former flame: Prior to her romance with Jake, Megan dated her Bachelor 2016 co-star Tiffany Scanlon [both pictured], however they split in March 2017

Meanwhile, Megan and Jake’s split comes shortly after their Bachelor In Paradise co-stars Keira Maguire and Jarrod Woodgate called it quits on their relationship.

A ‘heartbroken’ Keira, 31, announced the shocking news to Instagram on Sunday, writing: ‘It is with a very sad heart but I have to let you all know that Jarrod and I have split up.

‘I’m sorry if anyone is disappointed or if I have let anyone down. Please respect our privacy as this is a very hard time for me.’

Keira and Jarrod met last year on the set of Bachelor In Paradise, and have been together for approximately eight months. 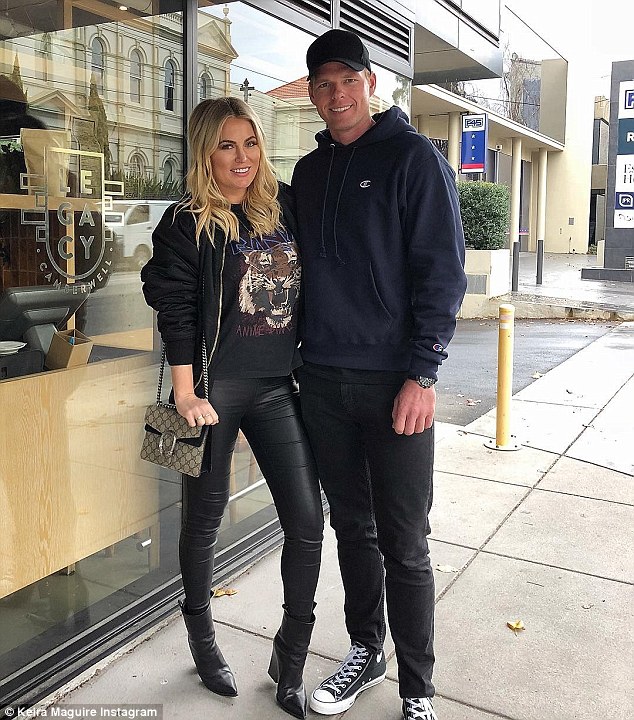 Shock split: Meanwhile, Megan and Jake’s split comes shortly after their Bachelor In Paradise co-stars Keira Maguire and Jarrod Woodgate [both pictured] called it quits on their relationship