Meghan Markle and Kate Middleton are turned into emojis

Meghan Markle has enjoyed a string of ceremonial events on her way to marrying Prince Harry in May…but nothing signals her arrival into modern culture like being turned into a emoji.

The royal bride-to-be – and future sister-in-law Kate Middleton – have both been transformed into the popular mini icons ahead of the big day on May 19th.

The company behind the emojis, drkhors, has filed to trademark KateMojis and MeghanMojis, with a string of wedding related royal emojis in the pipeline.

Bride-to-be: A Meghan Markle emoji – an illustrated version of the 36-year-old soon-to-be royal – is set to be launched in time for the royal wedding 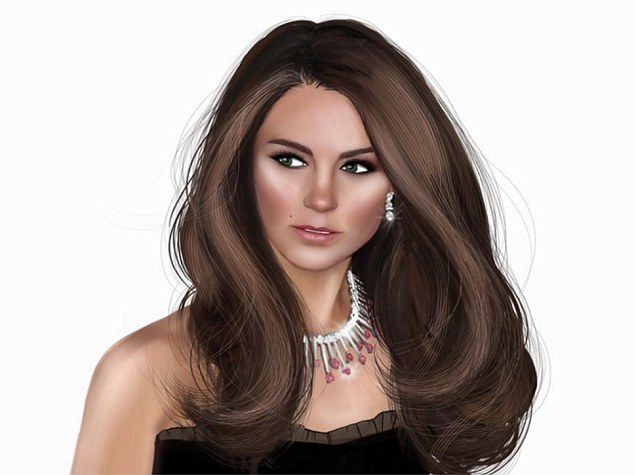 While the company behind the emojis have released a string of images of Kate, there is so far only one shot of Meghan and none of Prince Harry

The illustrated versions use popular real photographs of Meghan and Kate, both 36, early emojis include Harry’s fiancee in a striking blue trouser suit with pink handbag.

Meanwhile, the Duchess of Cambridge, due to give birth to her third child in the summer, might not be over the moon with an emoji of her necking a glass of red wine.

Other images include Kate snapped at the Olympics in 2012 and dripping in diamonds at an evening event.

A slew of phrases including ‘American Princess’ and ‘Cheeky bugger’ are also in the pipeline.

There is one thing missing from the royal photo emoji extravaganza; the groom. There are, as yet, no HarryMojis or WilliamMojis. 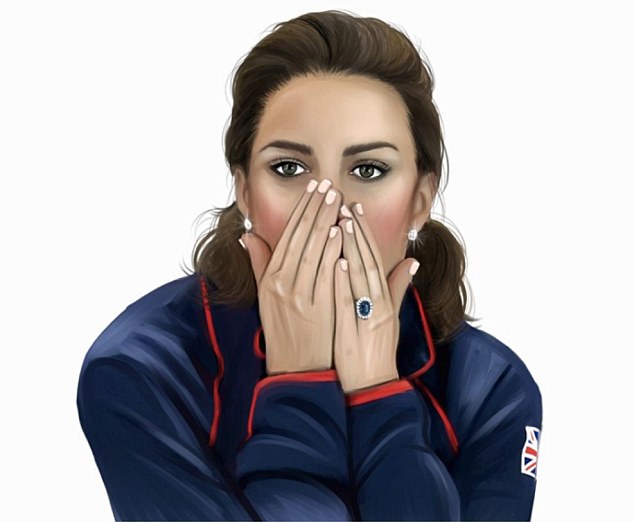 Gasping Kate: The images use illustrations of popular images  including this shot of Kate at the Olympics in 2012 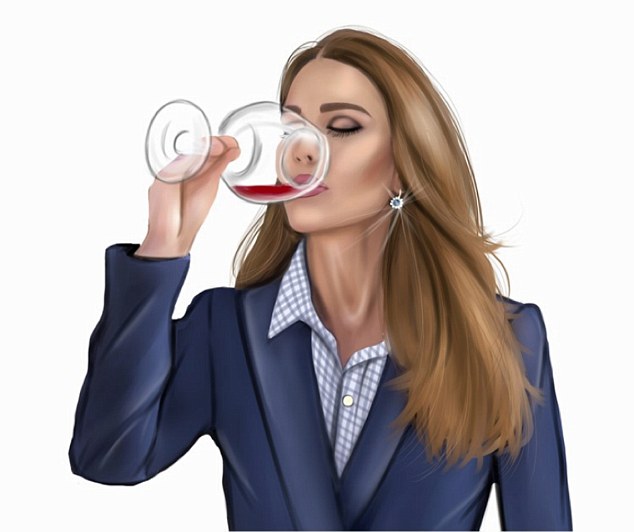 A right royal tipple! Pregnant Kate may be off the red wine but her emoji isn’t