Speaking on Pod Save the Queen, which is hosted by Ann Gripper, Daily Mirror royal editor Russell Myers went on to say that the Duke, 35, and Duchess of Sussex, 39, are ‘sitting in their ivory tower, sounding off about things’, while Kate Middleton and Prince William, both 38, and Prince Charles, are speaking out on major global issues.

‘They’ve got to be careful here, sitting in an ivory tower, sounding off about things that are just coming into your head without people to advise you ‒ I don’t really know who their advisers are at the moment,’ Russell claimed.

‘It’s not coming across well and they are fast becoming a bit irrelevant, especially when you’re seeing the Cambridges and Prince Charles speaking about massive global issues like this.’ 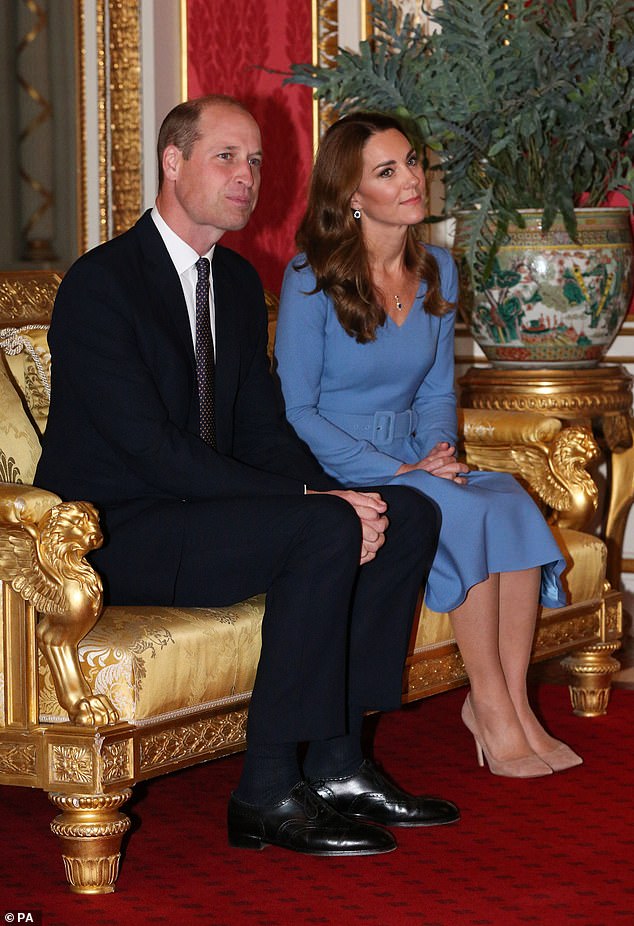 The Duke and Duchess of Cambridge during an audience with the President of Ukraine, Volodymyr Zelenskyy, and his wife, Olena at Buckingham Palace, London, on October 7, 2020

He added: ‘They’re going to be left behind a little bit.’

However, Ann Gripper did discuss how the Duke and Duchess of Sussex joined New York-based Harry Walker Agency, which represents the Obamas and the Clintons.

‘When you’ve signed up to be public speakers then that kind of is their role, you are public speaking,’ she explained.

‘There’s the interview that Meghan did recently –  I think it was with Fortune – they pop up in this fashion, speaking over Zoom about some issue, I think it was about the Internet community and that kind of thing and making the Internet a better place.

‘But anyway, it’s a work in progress for them.’ 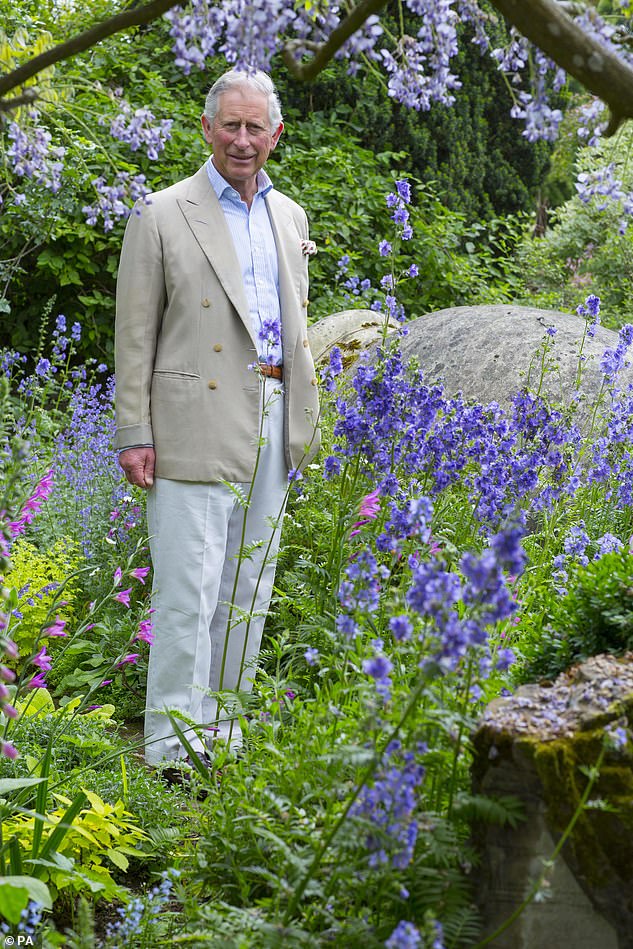 Prince Charles has long-been a passionate advocate for wildlife across the world and recently warned humans have just 10 years left to save the planet (pictured, last year in his own garden at Highgrove)

It comes after the Duke of Cambridge launched The Earthshot Prize, which has been likened to a green Nobel Prize, will drive change and help to repair the planet over the next 10 years.

The ambitious decade-long project will see a total of 50 environmental pioneers each awarded a £1million prize for their work tackling major problems across climate and energy, nature and biodiversity, oceans, air pollution and fresh water.

Meanwhile, earlier this year, Prince Charles launched his Sustainable Markets Initiative at Davos, which calls on communities, businesses, investors and consumers to take the urgent and practical steps required to transition to more sustainable practices.

The initiative aims to bring together leading individuals from the public and private sectors, charitable bodies and investors to identify ways to rapidly decarbonise the global economy.

In his first keynote speech to the conference in 30 years, hailed by environmentalists as a landmark moment and branded royal meddling in global affairs by critics, he said: ‘Global warning, climate change and the devastating loss of biodiversity are the greatest threats humanity has ever faced, and one largely of its own creation’.

He added: ‘Now it is time to take it to the next level. In order to secure our future and to prosper we need to evolve our economic model’.