The Duchess of Sussex eschewed tracksuit bottoms and trainers in favour of a head-to-toe designer ensemble as she took part in a netball practice session on Monday.

Meghan, 37, looked stunning in an £1,636 Oscar de la Renta top and £555 Altuzarra trousers as she joined Prince Harry, 34, for the engagement at Loughborough University.

Despite teetering in towering stiletto heels, Meghan was ready to get involved and stood in a circle to throw and catch a netball with aspiring young coaches.

The Duchess of Sussex, 37, looked stunning in an £1,636 Oscar de la Renta top and £555 Altuzarra trousers as she joined Prince Harry, 34, at Loughborough University on Monday 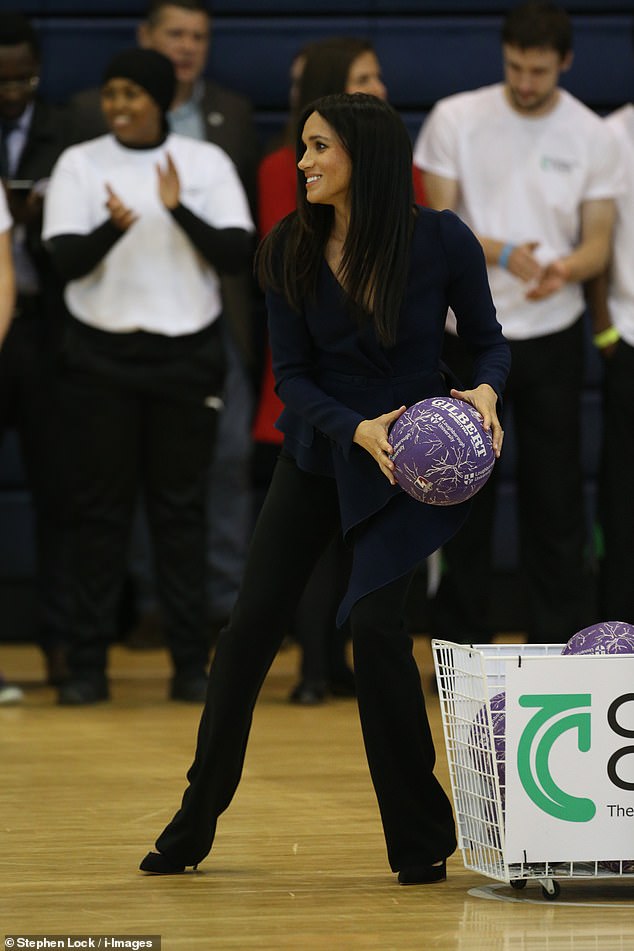 Despite her towering stiletto heels, Meghan was still ready to get involved with students and gamely took part in a netball catching drill

The Duke and Duchess of Sussex were on hand to present prizes for the Coach Core Awards.

The scheme, set up by The Royal Foundation in 2012, recognises young people who show promise in the field.

The programme trains hundreds of young apprentices and puts them in touch with the biggest sports clubs in the country, in the hope they will one day become the next generation of coaches. 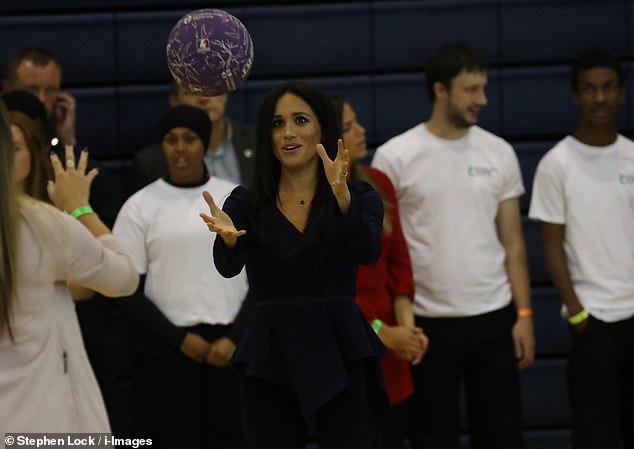 The apprentices get tuition, a wage and hopefully a chance to become the next generation of sports coaches 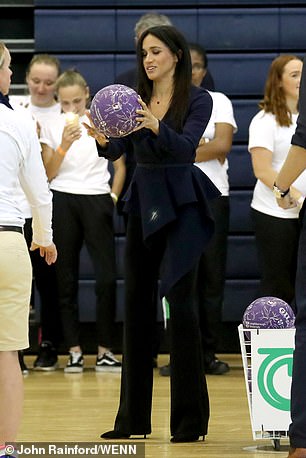 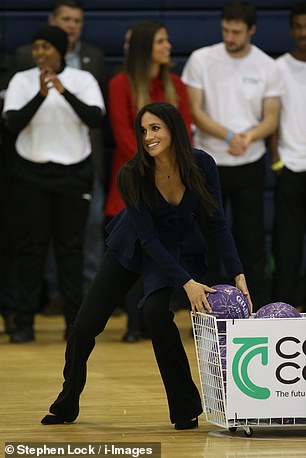 The Duke and Duchess are joining graduates, new joiners and other apprentices to celebrate their achievements 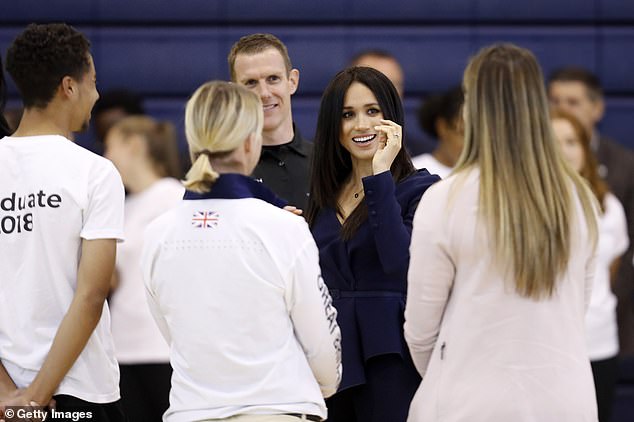 Ahead of the ceremony Harry and Meghan showed off their competitive streaks when they went head-to-head in a netball shoot out.

The royal visit came as Sport England awarded the Royal Foundation a £995,500 National Lottery grant to double the reach of its Coach Core programme by adding 10 new sites in England over the next three years.

The royal couple will then attend the awards ceremony, hosted by TV sports presenter Jake Humphrey.

Both Harry and Meghan will each present a category, before the prince gives a closing speech to the young apprentices.