Named as one of the 100 greatest singers of all time by Rolling Stone magazine, internationally acclaimed singer, songwriter, performer and human rights activist Annie Lennox rose to fame in partnership with Dave Stewart as Eurythmics in the early 1980’s with the classic album Sweet Dreams are Made of This.

Annie Lennox, pictured, was named as one of the 100 greatest singers of all time by Rolling Stone magazine

Followed by a decade of global success, she branched off to become a notable artist in her own right. Since then, Lennox has received numerous accolades in recognition of her contribution to the music business, including eight BRIT awards (including a Lifetime Achievement), four Ivor Novello awards, three MTV awards, four Grammy awards, 26 ASCAP awards, a Golden Globe and an Academy Award.

Lennox received the Nobel Woman of Peace Award at the 10th Summit of Nobel Peace Laureates in 2009 for her work on HIV/AIDS prevention and control focused on women and children – and was awarded an OBE in the Queen’s New Year Honours in 2011 for her humanitarian work.

Her leadership on humanitarian issues has been recognised with doctorates and fellowships from the world’s leading academic institutions, notably with the Royal Scottish Geographical Society, where she was awarded the Livingstone Medal. In 2017 Lennox became the first female chancellor for Glasgow Caledonian University.

In 2008, she founded The Circle, which became an official charitable non-governmental organisation in 2015. The Circle aims to inspire, support and amplify awareness of the issues experienced by some of the world’s most disempowered women and girls – in order to change and challenge the injustices they face. Adwoa Aboah, pictured, is a successful model and the co-founder of the highly influential and respected forum Gurls Talk

Recently honoured in Forbes’ 30 Under 30 Europe list for 2019, 26-year-old Adwoa Aboah is the co-founder of the highly influential and respected forum Gurls Talk, which acts as an open social platform for women to discuss an array of topics and experiences in a safe and judgement-free environment.

Adwoa’s work with Gurls Talk is expansive; from global events already held in Italy, Poland, Turkey, USA, UK and soon Ghana and France, to hosting the weekly Gurls Talk podcast and commanding policy change in the UK on period poverty. Adwoa’s voice and actions have made a huge impact on the lives of women and girls around the world.

Aboah grew up in west London with her parents and sister. During her youth, she was a member of the prestigious National Youth Theatre, then went on to study at Brunel University and the New York Film Academy. With an interest in visual and performance art, Aboah was drawn to the idea of modelling as a means by which to explore character development, leading to her first editorial for i-D Magazine.

Since then, Aboah’s extensive editorial portfolio includes stories for the American, British, Spanish, German, Italian, Mexican, and Teen editions of Vogue, along with W, Document Journal, Out of Order, and i-D magazine. She has starred on the covers of American, Spanish, Italian and Mexican Vogue, LOVE, and most notably, Edward Enninful’s first edition of British Vogue and Time Magazine, where she was crowned a Next Generation Leader.

Named as 2017’s Model of The Year by the British Fashion Council as a personality standing firm in her beliefs, Adwoa has become in-demand for an array of fashion houses and brands aiming to show their support of her social initiatives and philanthropy endeavours by featuring her in their advertising campaigns. This includes Burberry, Calvin Klein, Chanel, Dior, Giorgio Armani, John Hardy, Marc Jacobs, Nike, Revlon and Miu Miu. 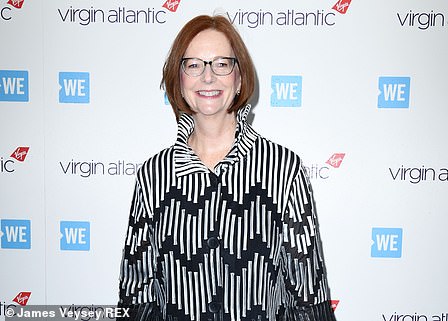 Julia Gillard, pictured, was Prime Minister of Australia from 2010 to 2013 and is notably the first woman to ever serve in that role

Julia also serves as chair of Beyond Blue, which is committed to helping Australians understand and manage anxiety and depression, is a Distinguished Senior Fellow with the Centre for Universal Education at the Brookings Institution, and serves as an Honorary Professor at the University of Adelaide.

Gillard was Prime Minister of Australia from 2010 to 2013 and is the first woman to ever serve in that role. In recognition of her public service, she was awarded a Companion in the Order of Australia in January 2017. Angeline Murimirwa, pictured, is executive director of the Campaign for Female Education (CAMFED) in Africa

Murimirwa was one of the first beneficiaries of bursary support from CAMFED and so represents CAMA’s deep lived experience of poverty and the threat this poses to girls and young women in rural communities.

Now she oversees the work of CAMFED across five countries in Africa and works alongside the UK based Chief Executive, Lucy Lake, in driving forward the vision, mission and strategy of CAMFED and positioning CAMA as a powerful force for development.

CAMA’s leaders are stepping up to unite their communities in a collective effort to change the status quo for women and girls, making the world a safer, healthier, and more prosperous place.

Murimirwa served on the Board of the Zimbabwe National Youth Council. In 2017, the Clara Lionel Foundation presented her with the 2017 Diamond Ball Honors Award, recognising her past, present and future support of young leaders, entrepreneurship and civic engagement.

In 2018, Murimirwa and a group of CAMA leaders from across five countries met with the Duke of Sussex in Lusaka, Zambia, for a special event organized by the Queen’s Commonwealth Trust in celebration of what young change-makers are achieving in their communities. 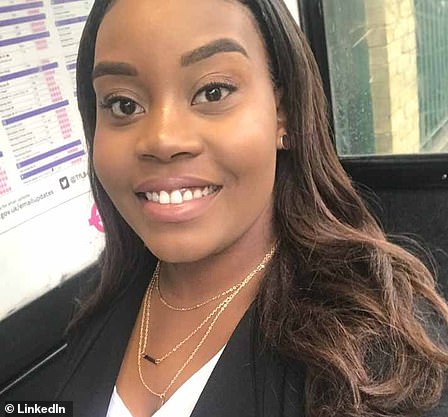 Chrisann Jarrett, 24, founded an equal access to higher education campaign called Let Us Learn in 2014. She recently graduated with a law degree from LSE. The campaign has grown from 3 young people to over 1000 with 25 active volunteers. In 2015 she helped to collate evidence and submitted them in an Intervention in the Supreme Court R v Tigere, a case which led to a national change in the student finance rules for young migrants.

In 2016 the campaign launched a scholarship campaign (Young, Gifted and Blocked) which subsequently led to over 16 universities widening their scholarship criteria to include young migrants with unsettled status. Jarrett works part-time on Let Us Learn and is currently seconded to Greater London Authority as a Policy Advisor working with the Deputy Mayor of London for Social Integration.

Jarrett has spoken at the United Nations IDM in New York, speaking to dignitaries about the importance of youth and ensuring mechanisms for true participation in migration governance using her experience at City Hall and Let Us Learn to anchor her suggestions on best practice.

Anne McElvoy is Senior Editor at the Economist and was its global Policy Editor from 2010 to 2016. She writes on political and international affairs and runs Economist Radio, the company’s audio arm. 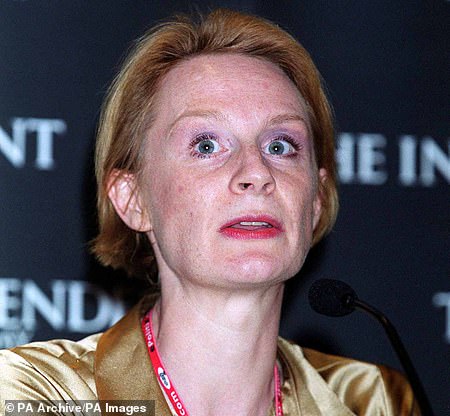 Anne McElvoy, pictured, is Senior Editor at the Economist and was the publication’s global Policy Editor from 2010 to 2016

McElvoy has also written weekly politics column for the Evening Standard for 15 years and was previously Executive Editor for a decade.

A presenter of Start the Week on BBC Radio4, the Moral Maze and Free Thinking for the BBC, she is an experienced live broadcaster and series maker of political history and current affairs.

She holds a first class honours degree in German and Philosophy from Wadham College, Oxford and studied at the Humboldt University in Berlin. Her two books on modern Germany, include an international best-seller, Memoirs of a Spymaster, Markus Wolf.

As The Times’s correspondent in East Berlin, she reported the fall of the Berlin Wall. Subsequently she covered the Yugoslavia and Chechnya wars and was the paper’s bureau chief in Moscow during the rise of Vladimir Putin.

McElvoy received the Journalist of the Year/Women in Public Life award in 2015. She is an education board member of the World Economic Forum at Davos and the education and digital planning board of the Royal Opera House in London.