Meghan Markle’s ex-husband Trevor Engelson has welcomed a baby girl, according to US weekly.

Trevor, who was married to the Duchess of Sussex for two years, remarried Tracey in Montecito, California, in May last year.

He confirmed the happy news that they were expecting a baby girl in a social media post on 29 April.

‘Future mother of the year and girl dad way outta his league! Best thing I’ve ever produced hands down. Baby girl, So excited to meet you in September,’ he wrote. 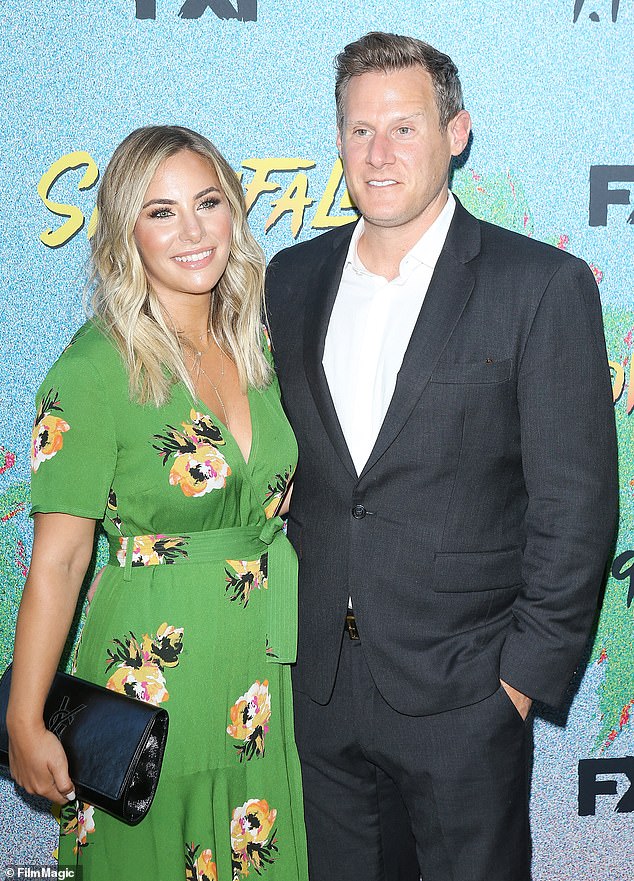 The Hollywood producer and his second wife Tracey Kurland (pictured, together), who he married in May last year, have reportedly named their first child, Ford Grace Engelson 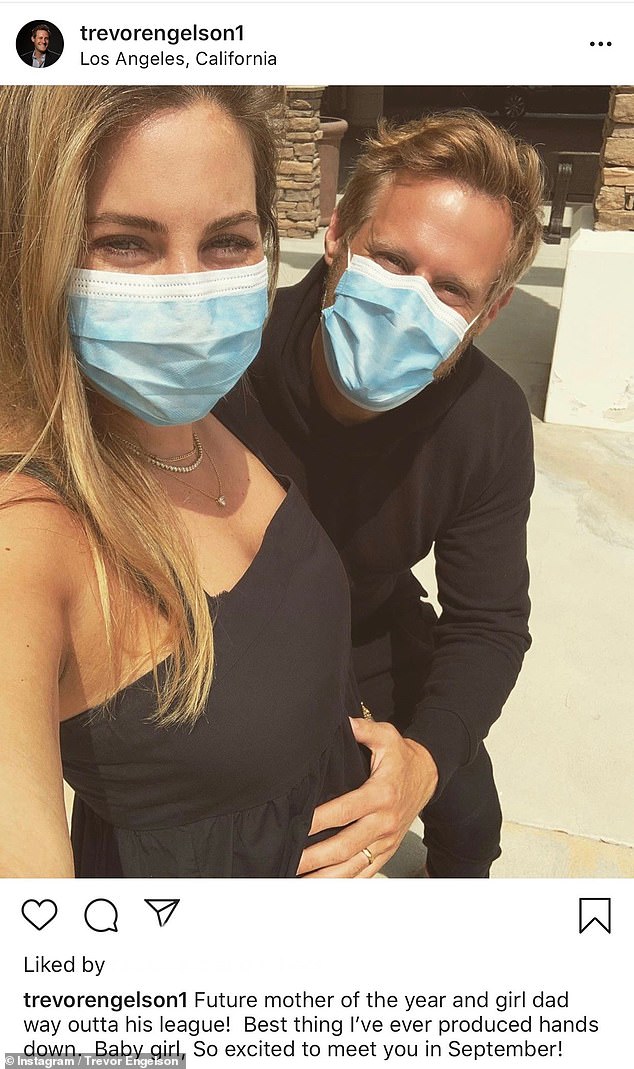 The pair has now announced the arrival of their daughter, who they have named Ford Grace Engelson, according to US Weekly.

The Hollywood producer, who was married to the Duchess of Sussex from 2011 to 2013, announced his engagement to American heiress Kurland two weeks after Prince Harry and Markle’s Royal wedding in May 2018.

Engelson and Kurland then tied the knot in a lavish ceremony at the Rosewood Miramar Beach resort in Montecito, California, last May. 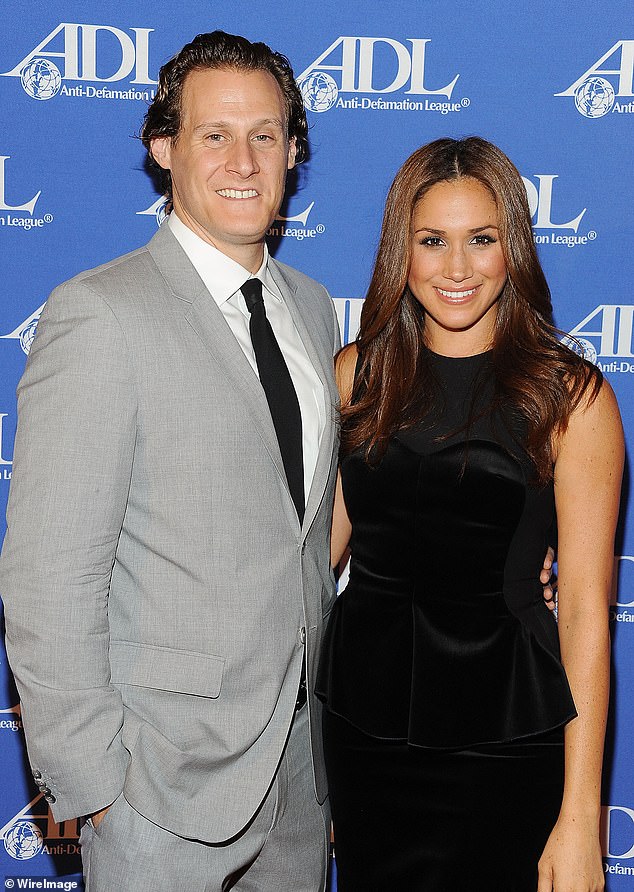 Engelson and Meghan Markle in 2011. Meghan moved on with husband Harry and their son Archie turned one on May 6 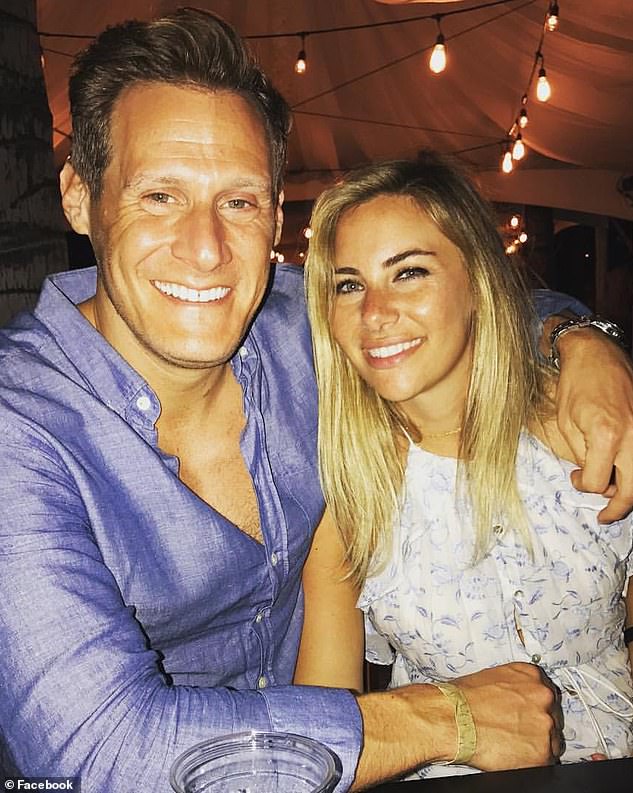 Engelson, 43, confirmed the happy news that Kurland was pregnant with a little girl in April (pictured)

Engelson, from Great Neck, New York, and Meghan first began dating in 2004 before she shot to fame on TV legal drama Suits.

The couple dated for six years before getting engaged in 2010 and marrying in a luxurious beach ceremony in Jamaica in 2011.

Their marriage lasted just two years, with sources close to the couple telling the Daily Mail in 2017 that her ascent to fame took its toll on their relationship.

Weeks into their marriage Meghan got her big break on Suits and spent months each year filming in Toronto, Canada while Engelson stayed at their home in Los Angeles.

‘It put a strain on the relationship. Trevor was in LA making movies, Meghan was in another country five hours’ flight away and it simply took its toll,’ the source said.

They separated in the summer of 2013 and divorced in 2014, with papers citing ‘irreconcilable differences’.

It is understood it was Meghan who ultimately decided the marriage was over.

Meghan reportedly sent her wedding ring back to Engelson in the post after they split.

Engelson, who owns his own production company called Underground and produced films including Robert Pattinson’s ‘Remember Me’ and the Bradley Cooper-Sandra Bullock comedy ‘All About Steve,’ moved on with nutritionist Kurland.

He proposed to the multi-millionaire banker’s daughter in June 2018 while on a tour of California’s wine country after dating for a year.

The couple celebrated their engagement with a bash in October that year held at a private home in the exclusive Hidden Hills, California.

Meghan moved on with husband Harry and their son Archie, who turned one in May 6.