Has Meghan’s makeup artist revealed her due date? Fans are convinced an Instagram post by Daniel Martin means Baby Sussex will be born before May 5

Meghan Markle’s makeup artist has sparked intense speculation about the royal’s due date after posting a seemingly-innocent Instagram message to his followers about his own travel plans.

While the nation has been on tenterhooks since the beginning of April – the month it was reported the Duchess is due – her long-time friend Daniel Martin may now have given the biggest hint yet as to Baby Sussex’s expected date of arrival.

At the beginning of the month, the New York-based makeup artist was seen in London, before heading to the residence of Prince Harry, 34, and Meghan Markle, 37, in Windsor.

This prompted furious speculation that the beauty pro had flown into the city in preparation for applying Meghan’s makeup following the birth of her first child.

But he has since sent the rumor mill into further overdrive after stating on Instagram that he plans to be home in New York by May 5.

Meghan Markle’s makeup artist sent the rumor mill into overdrive with speculation about when the Duchess, pictured in London in March, is going to give birth with a simple Instagram post 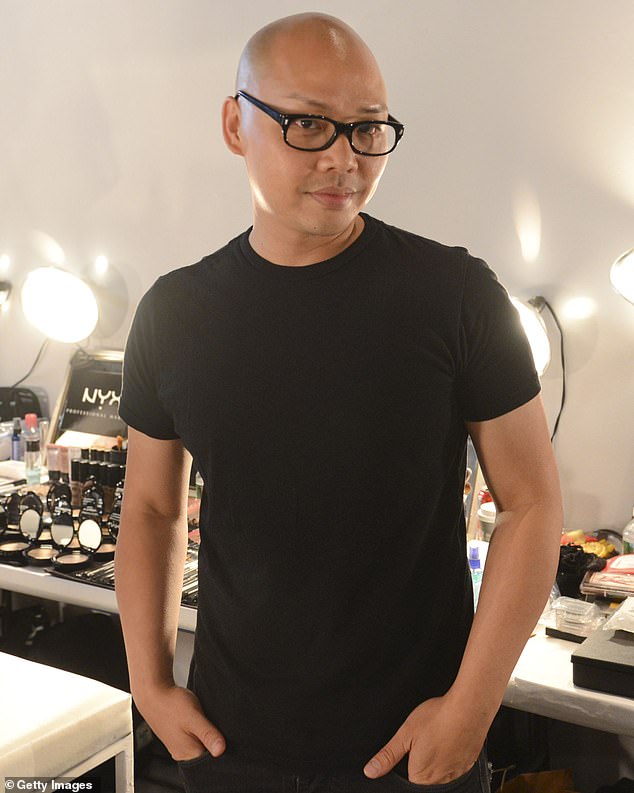 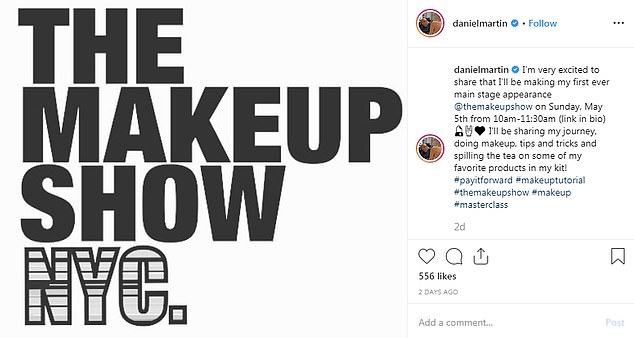 It seems Daniel may have answered the question on everyone’s lips – without even realizing.

The one comment has caused much excitement among fans of the couple, with many interpreting it to mean the mother-to-be would have given birth by then.

In a post to his 124,000 followers, which was intended just to plug his make up show, he wrote: ‘I’m very excited to share that I’ll be making my first ever main stage appearance @themakeupshow on Sunday, May 5th from 10am-11:30am.

‘I’ll be sharing my journey, doing makeup, tips and tricks and spilling the tea on some of my favorite products in my kit!’

But the parents-to-be posted on their Instagram site that they plan on celebrating the birth of their baby in private – before releasing the news to the public. 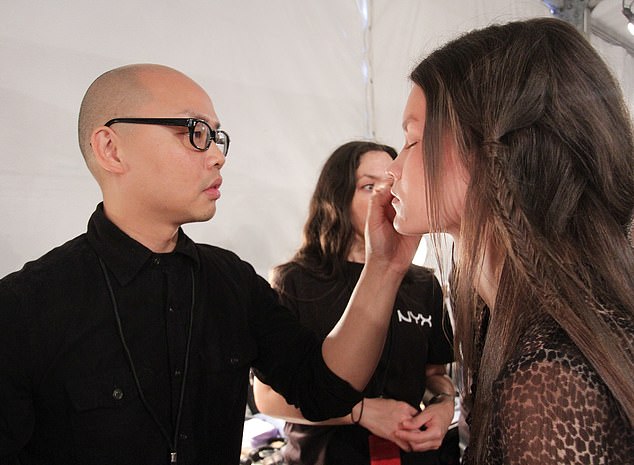 Daniel, who is pictured in September 2013 at New York Fashion Week, has been working with Meghan for years, and even attended her baby shower in the Big Apple in February

Yesterday we reported that the couple’s determination to keep the birth of their baby private is fueling rumors that Meghan, pictured with Harry in March, may have already given birth

In a statement released last week, Buckingham Palace confirmed their wish and said: ‘Their Royal Highnesses have taken a personal decision to keep the plans around the arrival of their baby private.

‘The Duke and Duchess look forward to sharing the exciting news with everyone once they have had an opportunity to celebrate privately as a new family.’

He appeared on Australian show Today Extra, where he discussed several piece of gossip regarding Baby Sussex on Sunday.

‘If you believe that, you’d believe anything,’ he said. ‘We’ll know in due course when the baby is born. Harry and Meghan made it very clear the birth is going to be private.’