Meghan’s mother Doria Ragland has returned home to LA after supporting her daughter at her charity cookbook launch at Kensington Palace.

Doria, 62, dressed down in a grey tracksuit as she landed at Los Angeles International Airport on Friday.

The social worker and yoga instructor had been spotted jetting out of the same airport last weekend, leading to speculation she was flying to London to visit daughter the Duchess of Sussex.

On Thursday, Doria made a surprise appearance at a reception celebrating Meghan’s charity cookbook, which was created with the women of the Hubb Community Kitchen.

Doria Ragland dressed down in a grey tracksuit as she landed at Los Angeles International Airport on Friday, following her trip to London

She finished off the casual look with a pair of trainers, while carrying an oversized tan bag.

Meghan’s mother looked chic in an all-camel ensemble as she attended the launch of the Together: Our Community Kitchen cookbook, which supports families affected by the Grenfell Tower tragedy, along with Prince Harry.

She wore a co-ordianting  jumper and cropped trousers, which she accessorised  with a Pashmina draped around her shoulders and a pair of £340 ($445) Stuart Weitzman heels. 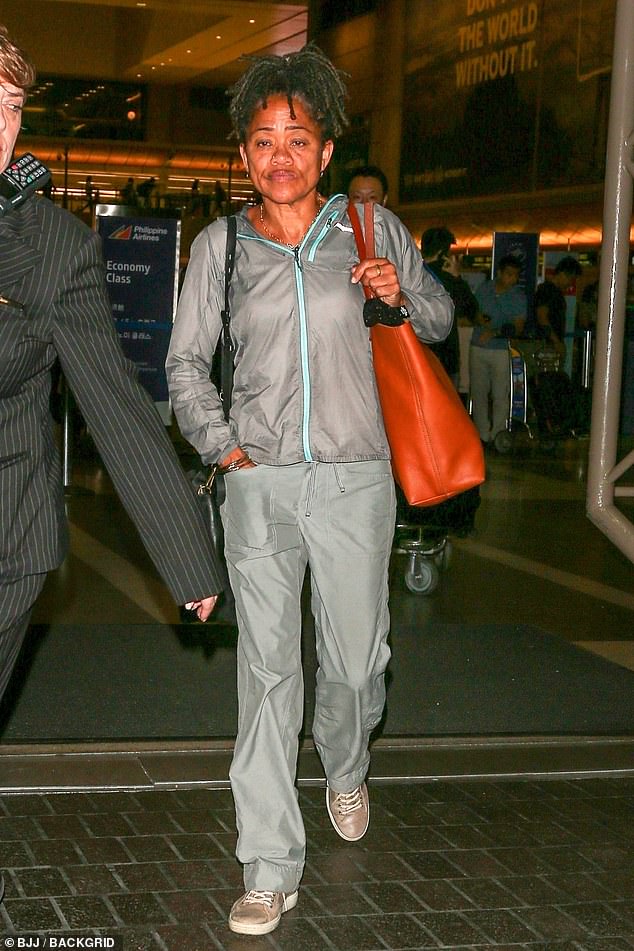 Doria, 62, finished off her casual look with a pair of trainers and an oversized travel bag, as she arrived in LA on Friday

At the reception, Doria met with guests from the Hubb Community Kitchen, telling them: ‘Hi, I’m Meg’s mom’.

She also embraced each of the women with a warm hug, telling them: ‘It’s amazing. I’m just as excited as you are.’

Speaking of her daughter’s experience at the kitchen, she added: ‘She felt very much at home.’

When Baroness Gail Rebuck, the chair of Penguin Random House, told her she must feel ‘very proud’ of the Duchess and her work on the cookbook, she replied: ‘Head over heels.’

The reception on Thursday was the first time that Doria and Meghan have been seen together in public since the royal wedding in May. 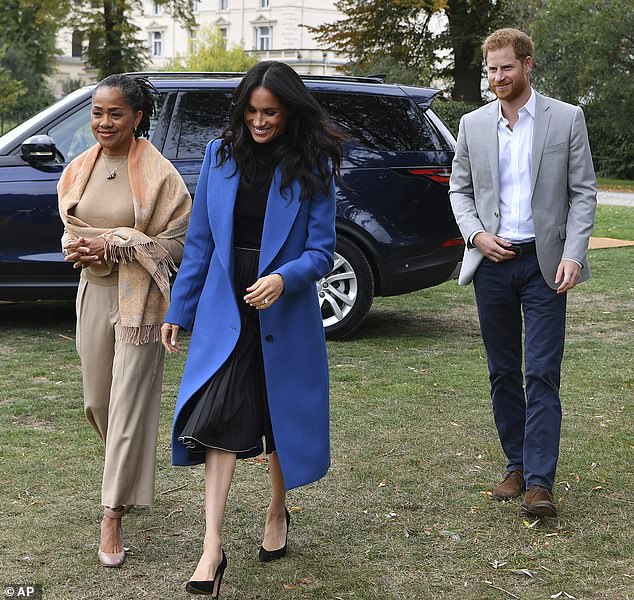 Meghan’s mother made a surprise appearance with her daughter and Prince Harry at Kensington Palace on Thursday, to celebrate the launch of the Duchess’ charity cookbook 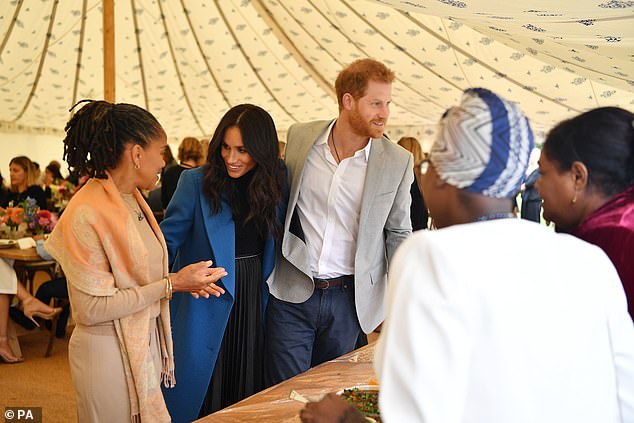 Doria told guests from the Hubb Community Kitchen ‘Hi, I’m Meg’s mom’, as she supported her daughter at the reception